Sen. Charles Schumer, the Senate’s Majority Leader, has unveiled a comprehensive proposal to combat gun violence that includes universal background checks and an assault weapons ban in the aftermath of a shooting at a school in Florida that claimed 17 lives.

On Thursday, Schumer presented a three-part proposal that he and other Senate Democrats put together after discussions that lasted several days. On Sunday, he rallied on the Upper East Side with students to speak out against gun violence and unveil the plan.

The first part of the plan calls for “tough legislation” that closes existing loopholes in the background check system. Schumer said that at a minimum, there should be background checks at gun shows and for internet sales.

The second part urges Republicans to pass legislation that allows for protective orders to temporarily disarm individuals who have shown credible signs of being a danger to themselves or other individuals. Family members, members of a household or law enforcement should be able to petition a court to ensure that those individuals do not have access to firearms, Schumer argued.

And the last part calls for a debate on assault weapons on the floor of the Senate.

Schumer acknowledged that not all members of the Democratic caucus will support an assault weapons ban but maintained that “the vast majority will”—and anticipated it can be passed soon if President Donald Trump can get some Republicans to vote for it.

“We have seen an epidemic of gun violence and mass shootings,” Schumer said on Thursday. “Each one reveals new loopholes and gaps in gun safety. Rather than just plugging one leak, we need a holistic approach that improves our gun safety laws from top to bottom. And the president has either supported or showed a willingness to support all of these, all three. This is our proposal.”

And he said that Trump convincing Republicans to get on board with the proposal is the key to getting it done.

“Not every Democrat will agree with every piece, but my caucus is prepared to provide a very large number of votes to get these passed,” Schumer continued. “But we can’t do it alone. Today, I am strongly urging the president to follow through on his comments [last week] by endorsing these proposals and pushing Republican leaders in Congress to once and for all buck the NRA and finally get this done.”

New York is not the only state looking to take action to combat gun violence following the country’s deadliest high school shooting.

In Florida, where the latest school shooting took place, the Senate is set to weigh legislation on Monday that includes a program whereby teachers would be armed, raise the minimum age for purchasing a rifle to 21 and financing mental health programs.

And last Monday, Rhode Island Gov. Gina Raimondo signed an executive order creating a statewide “red flag” policy that would prohibit individuals from getting guns if they are capable of harming themselves or other individuals. Five other states currently have a similar policy in place: Connecticut, California, Washington, Oregon and Indiana.

In Vermont, the Senate voted to raise the minimum age for buying a firearm to 21, and that measure is now up for a vote in the House.

In Oregon, both the House and the Senate passed legislation that prohibits people convicted of domestic violence or individuals who currently have restraining orders against them from owning weapons. And both the House and Senate in Washington have passed a bill that raises the minimum age for which individuals can buy a rifle with “tactical features” to 21. 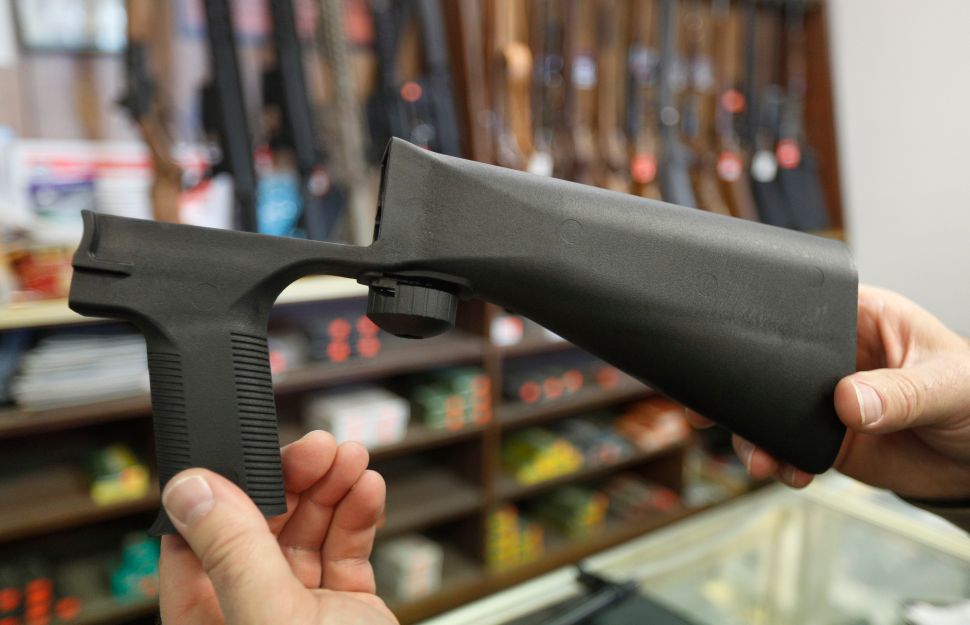