Haley told the U.N. Security Council on Monday that Washington “remains prepared to act” in enforcing a ceasefire resolution that would end attacks conducted by military forces aligned with Syrian President Bashar al-Assad.

“It is not the path we prefer, but it is a path we have demonstrated we will take, and we are prepared to take again,” Haley told the council. “When the international community consistently fails to act, there are times when states are compelled to take their own action.”

Although the Security Council demanded a 30-day ceasefire in February, violence has continued to wage throughout eastern Ghouta and the suburbs of Damascus.

“Despite some limited convoy deliveries, the provision of humanitarian aid and services has not been safe, unimpeded or sustained,” explained U.N. Secretary-General António Guterres on Monday. “No sieges have been lifted… To our knowledge, not one critically sick or wounded person has yet been evacuated.”

Following Secretary of State Rex Tillerson’s announcement that the U.S. would commit to indefinite military occupation in Syria while supporting the ousting of al-Assad from power, American troops killed 200 Russian mercenary forces stationed in the region.

“The Syrian government has every right to do away with the security threat to its citizens. Damascus’ suburb cannot continue to be a nest of terrorism,” argued Russian Ambassador to the U.N. Vasily Nebenzya during Monday’s council meeting. 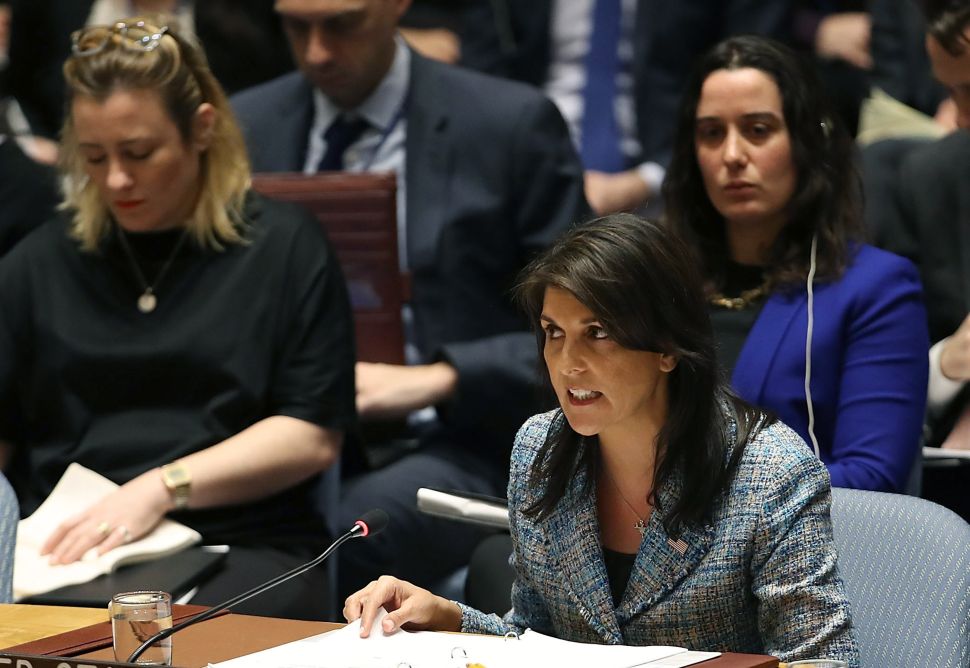