The head of the New Jersey Chamber of Commerce had a warning for state leaders Wednesday—the more you talk about tax increases, the less chance you have of convincing Amazon to locate its new headquarters in the Garden State.

Tom Bracken, CEO and president of the New Jersey Chamber of Commerce, told ROI-NJ that Gov. Phil Murphy’s continued support for a millionaires tax and Senate President Steve Sweeney’s call for a surcharge on businesses earning more than $1 million is likely to drive away businesses and make the state less competitive.

Bracken also faulted Sweeney for floating his plan to tax corporations the same week Amazon was scheduled to visit Newark, which is among the finalists in the company’s headquarters search.

While the state has offered $7 billion in incentives to lure Amazon, Bracken said its history of targeting different segments in an attempt to raise revenue is sure to make business leaders think twice before locating here. It’s a bipartisan problem. While Sweeney wants to tax corporations, former Republican Gov. Chris Christie last year attempted to force Horizon Blue Cross Blue Shield of New Jersey to contribute money from its reserves to the state budget.

“An outsider looking in is saying the former governor went after Horizon, the current Senate president wants to take more money from corporations… and help supplement the budget. It’s not a comprehensive tax reform plan. It’s taking bits and pieces of New Jersey and extracting money from segments of the state,” he said in the ROI-NJ report.

Bracken also said Sweeney didn’t fully explore the ramifications of the new federal tax code or its impact on New Jersey businesses before making his proposal.

The chamber head did laud Sweeney’s move last month to create The Economic and Fiscal Policy Working Group, which the Senate president has said will “undertake a long-overdue examination of the adequacy, fairness and competitiveness of our tax structure.”

Quote of the Day: “If I’m Amazon and I’m looking at this, I shake my head.” — Tom Bracken, CEO and president of the New Jersey Chamber of Commerce, on Gov. Phil Murphy’s continued support for a millionaires tax and Senate President Steve Sweeney’s call for a surcharge on businesses earning more than $1 million.

Poll: Most New Jersey Residents Are Willing to Pay Higher Taxes for Murphy Proposals
Most New Jerseyeans say they pay too much in taxes but are still willing to pay more to cover the cost of some of Gov. Phil Murphy’s policy proposals, according to a new poll.
Christian Hetrick, Observer Read more

Chamber’s Bracken Says Tax Proposals Hurt Business Attraction: ‘If I’m Amazon … I Shake My Head’
Between Gov. Phil Murphy pursuing a millionaires tax and Senate President Stephen Sweeney’s planned three percent tax on corporations, the state has taken a U-turn from the days of a $7 billion tax incentive to lure one of the largest companies in the country to New Jersey.
ROI-NJ Read more

Steven Seagal-Touted ‘Bitcoin’ Shut Down in N.J.
As far as New Jersey securities regulators are concerned, a cryptocurrency investment company is not above the law.
Asbury Park Press Read more

In State of Emergency, Phil Murphy Faces First Weather Test as Nor’easter Piles Snow on N.J.
With schools closed, transit systems shut down and power off for thousands of customers, Gov. Phil Murphy faced his first big test as governor amid the high winds and heavy snow.
The Record Read more

Phil Murphy’s Nor’easter Fashion Is Turning Heads; What to Know About Tactical Fleece
There’s a State of Emergency, and unlike everyone else who can just stay home, you’re the governor of New Jersey. You gotta go out.
NJ.com Read more

Phone Scammers Once Impersonated Somerset County Sheriff: What’s Being Done About That
After residents of Somerset County got phone calls that were made to appear to be from the sheriff’s office, seeking bank account and credit card numbers to pay outstanding warrants, Rep. Leonard Lance proposed federal legislation to prevent the practice.
NJ.com Read more

Moran: PSEG Twists Arms to Get Its Shameless Nuke Subsidy
PSEG announced Monday that it will halt capital improvements at its nuclear plants in South Jersey until it gets the $300 million subsidy it wants.
NJ.com Read more

A.C. Casino Owner Icahn Denies He Knew About Tariffs Before Dumping Stocks
Billionaire activist-investor Carl Icahn said Wednesday that he knew nothing about President Donald Trump’s decision to impose tariffs on steel and aluminum imports before deciding to sell shares in a company that makes cranes for heavy construction.
Washington Post Read more

En Garde! Hudson Dems to War Over County Executive Seat
As Democrats nationwide prepare for a battle to retake the U.S. House of Representatives in November, Democrats here in Hudson County are readying for a war over the county executive seat in 2019.
NJ.com Read more

Judge Back on Bench After Charges Dropped; Ethics Committee Still Looms
A New Jersey superior court judge who was criminally charged with helping her fugitive ex-boyfriend nearly five years ago has been reinstated in Middlesex County, according to a state Supreme Court order.
NJ.com Read more

State Still Not Sold on Smart Metering
The state is still having a lot of trouble making a decision about smart meters and whether they would benefit millions of utility customers.
NJSpotlight Read more

Editorial: A Bit of Relief for That Roofing Job
That old roofing job you’ve been neglecting for months or even years just got a little easier, and cheaper, thanks to a rules change implemented by the state Department of Community Affairs. As of Monday, contractors in New Jersey will no longer be required to purchase a construction permit for roofing or siding jobs on one- and two-family dwellings.
The Record Read more 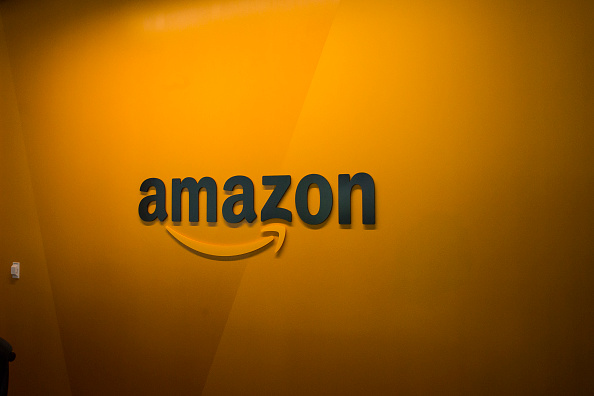