Starting next month, taxi cab apps may be able to give passengers the fare in advance in an effort to give consumers more options and help drivers make more money.

The city’s seven-member Taxi and Limousine Commission (TLC) will be voting on a resolution on March 29 to establish a pilot program that would allow apps to provide an up-front, set fare for passengers who request a green or yellow taxi via smartphone. As part of the pilot, companies will determine their own fare rates and report them to TLC. Use of the apps is voluntary for drivers.

Companies can participate if they have an e-hail license, which is granted to apps through which passengers can “e-hail” a taxicab. Currently, four companies hold e-hail licenses: Arro, Curb, Via and WAAVE.

“We’ve seen an increase in trip volume for the Ubers and the Lyfts, and it’s been about two years now since both of them [began to] offer this upfront pricing… it’s true that their trips have gone up,” Meera Joshi, TLC’s commissioner, told Observer on Monday afternoon. “It’s hard to predict what effect this will have on trip volume, one way or another, because it really comes down to how people take advantage of the opportunity, how they market it.”

The new rule, she argued, would give taxi apps the ability to do the same.

“The financial benefit is it’s an attractive option for passengers,” Joshi continued. “So for the app companies that work in taxis, it’s a way to get new passengers and that brings new business into the taxi industry. For drivers, it gives them another option for customers.”

Joshi says drivers have welcomed the idea given that the taxi industry has lost trips and feels it is at a disadvantage because other sectors can offer services in a way it cannot.

The commission will look at whether it benefits the driver or the app company, the financial impact and whether it will increase the passenger base or not.

The pilot program will not apply to street hails—hailing cabs the traditional way—which will still be metered and continue to follow the normal taxicab rates of fare.

Passengers who use an app to request a for-hire vehicle trip are usually given a set fare before they get into the vehicle, the commissioner said. App technology allows passengers to more easily compare prices between companies and be guaranteed an up-front fare.

There were 128,586 taxi trips in February through ride apps (Curb and Arro) and 13,467 unique TLC-licensed drivers who did app trips during that period, according to the commission.

Michael Woloz, a spokesman for Arro, told Observer the proposal is a “good direction.”

“This is a positive step because it’s pro-consumer, it’s pro-driver,” Woloz said. “It should be welcomed. It’s a pilot program, so we’ll see how things go.”

But he said the TLC can do much more to level the playing field between yellow taxis and the apps that support them and the ride-hailing companies.

He noted there are currently 108,000 for-hire vehicles on the road, compared to 40,000 in 2012. He said there are “way too many” Ubers and Lyfts flooding and congesting the streets.

Yellow cabs, he explained, do an average of 27 fares a day, while Ubers and Lyfts do around five.

“I think that the TLC can do a lot of very specific things,” Woloz continued. “I think that there are other things that only the City Council can do. What needs to happen—and it’s already well past due—but what needs to happen is the TLC needs to work with the City Council on smart, sensible policies that de-congest Midtown by imposing the same level or an enhanced level of regulation on Ubers and Lyfts that have been congesting our streets for several years.”

He told Observer that he is not ready to weigh in on the TLC’s proposal.

“Any comments would be premature but looking forward to read[ing] the proposal and more importantly to see the study and plan by which this pilot will be implemented and evaluated,” Diaz Sr. said in a statement. “This is key as often pilots are instituted without any criteria as to success or failure.”

Joshi noted that in 2015, the Council considered some measures to slow the growth of app-based car services. But the de Blasio administration ended up nixing the plan. At the time, she said, roughly 2,000 cars were coming into the industry every month—a rate she says that has remained unchanged.

As to Diaz Sr.’s proposal, Joshi noted that a fee cannot be imposed without showing how the fee is related to the cost of the license and pointed to financial requirements such as having a car and getting drug-tested.

Bronx resident Mohammed Ali, 49, has been a yellow cab driver for more than a decade. He told Observer he was unaware of the idea.

“For me, with all due respect, the TLC is like a kangaroo court,” Ali said. “They just impose any law… they just impose it on drivers. They didn’t even do a study to just sample drivers.”

His primary concern is that if there are conditions during the trip that hike the fare, drivers would be forced to abide by the predetermined fare—a move he argued would shortchange the drivers.

He said he would be open to the change if passengers can receive a heads-up that the fare could rise if there is traffic, for example.

Ali Najmi, an attorney who represents cab drivers, welcomed the idea if it “helps drivers make more money.” But he said the commission should also look into imposing the same base minimum fare and mileage that yellow and green cabs currently have for all the app drivers.

“Uber doesn’t have to follow that same rule and that hurts drivers,” Najmi said. “So I think the TLC should look at not only this surge pricing—which they’re doing—but also the other end of pricing and that would even the playing field across sectors.”

Bronx resident Bourema Niambele, 55—a limousine black car driver who has been working for Via for four years—told Observer that yellow cab drivers are in “big trouble right now” due to the explosion of technology services.

“I think it has to be opening debate between… them [TLC], the app’s owner and the driver to figure out how this will improve the business of yellow companies,” Niambele said.

He urged the commission to form an advisory board made up of TLC drivers, companies like Via, Lyft and Uber, and yellow cab drivers that meet with the TLC at least once a month.

“If some new proposals have to be coming, the concerns of the drivers would be heard there,” Niambele continued.

TLC told Observer it has monthly public commission meetings where it hears from drivers, driver groups, industry groups and other members of the public.

An Uber spokeswoman declined to comment. Lyft, Via, Waave and Curb did not respond to requests for comment. 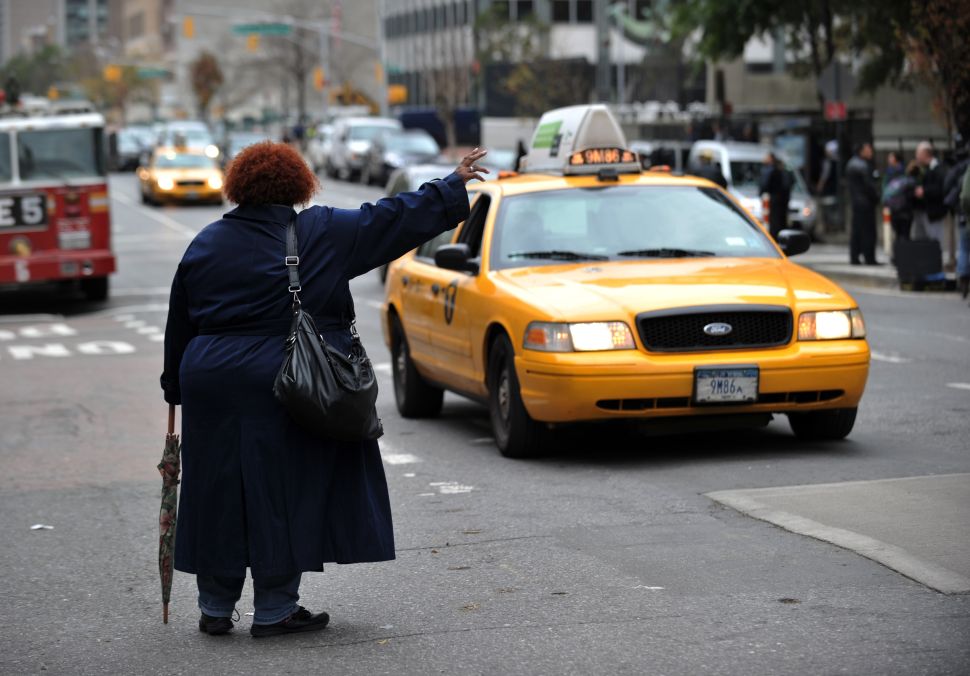