It’s been three years since Jason Sudeikis and Olivia Wilde decided to leave their Chelsea apartment. The couple sold the condo at 66 Ninth Avenue for $3.8 million in 2015, but don’t worry if you missed your chance the scoop up the two-bedroom, 2.5-bathroom apartment because the unit is back on the market. But this time, it’s being listed as a rather pricey rental.

The sleek 1,942-square-foot apartment at Porter House is currently listed for $13,500, as the New York Post first noted. Aside from its celebrity past, the home also features 12-foot ceilings and a kitchen with stainless steel Viking and SubZero appliances, according to the listing held by TripleMint broker Tyler Whitman.

The 22-unit building, which has a part-time doorman, launched sales in 2003; it’s designed by SHoP Architects.

Wilde and Sudeikis’ former abode is equipped with hardwood floors, Italian cabinetry and custom built-ins throughout. The master suite contains large windows and a walk-in closet, plus a five-fixture bathroom with a separate stall shower, bathtub and dual sinks.

Wilde and Sudeikis purchased this apartment back in 2012, doling out $3.23 million for the starkly modern space. They proceeded to offer the home for sale shortly after the birth of their first child in April 2014. At the time, the couple didn’t receive the nearly $4 million haul they were hoping for, but still made out pretty nicely, especially after just three years of ownership and minimal, if any, renovations.

It’s understandable why Wilde and Sudeikis opted to decamp from the noisy Meatpacking District and relocate to a far more family-friendly area, in Brooklyn. Indeed, the couple, who now have two children, paid a hefty $6.5 million for a massive nine-bedroom townhouse in Clinton Hill in November 2014. It’s definitely an upgrade: the brownstone spans 8,750 square feet and features six wood-burning fireplaces, in addition to a library lined with floor-to-ceiling bookshelves and—most importantly—a rolling ladder. 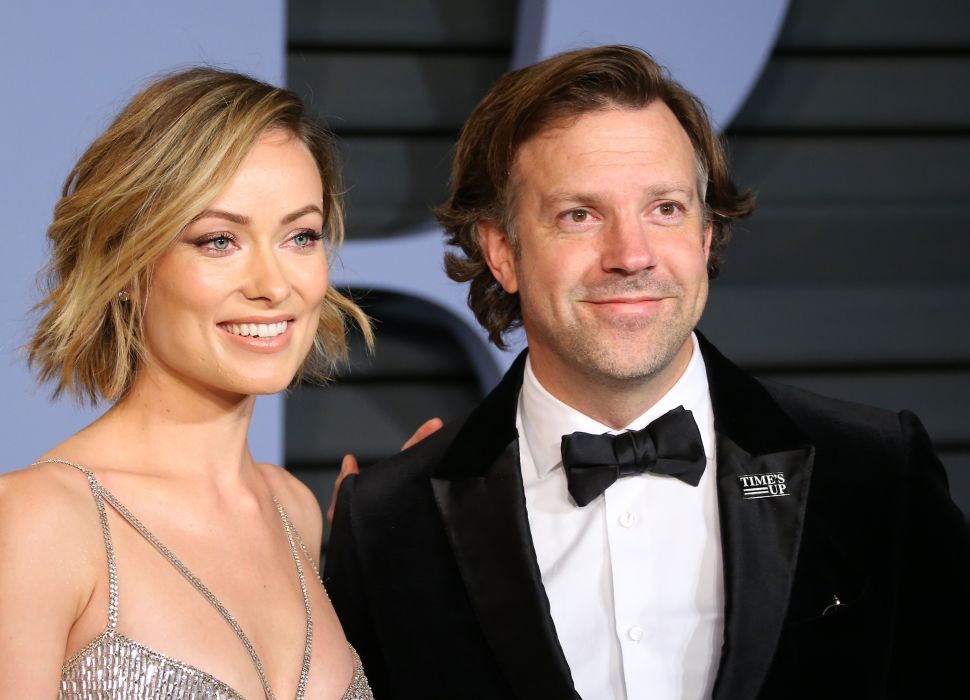