It doesn’t come with any gold medals, but the house where Aly Raisman first started training could be yours.

The Raisman family first bought the home in Needham, Massachusetts in 2003, before selling it to the current owners in 2016.

“Aly grew up in the home, from 2003 until 2016,” Keller Williams broker Gary Kaufman, who has the $2.5 million listing, told Observer. The sellers did a major renovation of the home, upgrading the bathrooms, kitchen, flooring, heating, cooling and lighting, but there’s one part of the home they kept clear of.

“We didn’t touch the gym in the basement,” Kaufman assured us. “It’s her original gym that she started training in, albeit she was amazing, so she outgrew it and went on to win all her gold medals!”

The 9,060-square-foot English manor-style home was originally built in 1919. It has custom moldings, an eat-in kitchen with white cabinets, gray marble countertops and a large center breakfast island, as well as a walk-in pantry.

It’s composed of five bedrooms and 3.5 bathrooms, and the master suite contains custom closets and a fireplace. “It’s a mix between [the] old world details and modern conveniences buyers are looking for today,” Kaufman added.

The home has a dining room, a living room with a fireplace, a private library and a family room with picture windows that look out onto the grounds. There are two home offices, a media room, a game room and a wet bar. The 1.56-acre grounds feature a tennis court and plenty of room for the future owner to add both a pool and a “cabana house.”

Raisman bravely came forward as a survivor of sexual abuse by former Olympics team doctor Larry Nassar in November 2016—she was one of the victims who read a statement at his sentencing in January 2018.  So it comes as no surprise that Raisman’s Massachusetts hometown is rightfully proud of her. In fact, they renamed her entire street Aly Raisman Way in 2016, so this home’s address is actually 21 Aly Raisman Way. “We’ve had two parades for her in town, for each time she was in the Olympics,” Kaufman told us.

As for a likely potential buyer for the home? “It’s hard to say,” Kaufman mused. “It could be a young family with a couple girls who are big gymnasts fans, and fall in love with Aly’s house. Or a car collector—there’s a six-car garage on the property!” 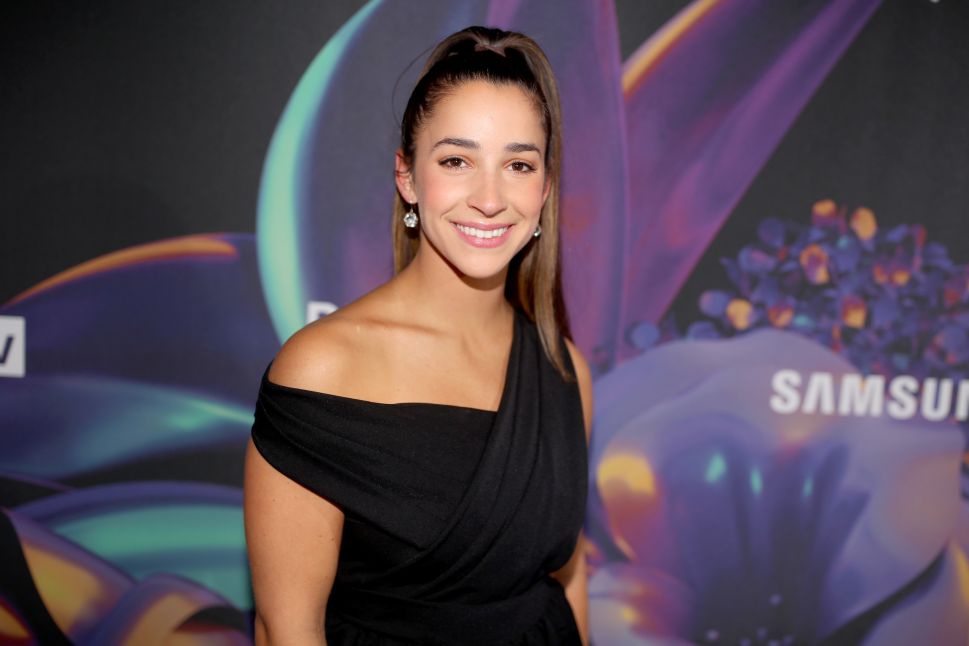