A question you get asked a lot when you write about opera is “What is a good first opera for a non-fan?” I tend to hedge when I hear that query, since the vast group of “non-fans” includes people of lots of ages, sizes and taste levels. However, if you care to narrow the population down to lovers of gripping theater and spectacular music making, you could hardly do better than to steer opera virgins to the Met’s current revival of Elektra.

The one-act performance by Richard Strauss with a libretto by Hugo von Hoffmannsthal is a thundering Freudian take on Greek tragedy. In this tense, perplexing production by Patrice Chéreau, its message has been distilled into a meditation on the destructive power of hatred and revenge. The characters seem as beaten down by fate as the timeless, distressed clothes they wear and the vaguely menacing courtyard they inhabit.

The production premiered at the Met in 2016, but its current iteration marks a thrilling contrast from that debut. The company’s new music director, Yannick Nézet-Séguin, has galvanized the orchestra into creating a soundscape pulsating with energy and detail. Strands of sound suddenly emerged with a high-definition precision of focus right on the edge of sensory overload. Further, the maestro’s propulsive tempos made the 100 minutes of the opera seem to race past with the lean, muscular grace of an athlete in a Jugendstil frieze.

In most performances of Elektra, the character’s younger, relatively sane sister Chrysothemis tends to recede. But this was not the case Thursday night, when Elza van den Heever’s big, throbbing soprano made the princess’s desperation for a quiet, normal life sound downright frantic. Her intensity even refocused the final moment of the opera, turning a scene that generally focusses on the sense of devastation into a painfully intimate glimpse into her horror at being the only survivor of a family massacre.

Debuting as the guilty queen Klytämnestra, Michaela Schuster offered a full, rangy mezzo and a virtuoso attention to the purple Hoffmansthal text, though she seemed still be finding her way into the character’s passive-aggressive sulkiness in Chéreau’s offbeat take on the role.

On the other hand, Mikhail Petrenko’s stunned, cowardly portrayal of the avenging Orest was so effective it made even his erratic bass seem organic to the concept. As the target of his fury, Jay Hunter Morris flaunted such an easy and handsome tenor that the murder of Aegisth felt petty rather than exultant.

In so exalted a context, the only disappointment was that Christine Goerke in the massive title role performed so inconsistently, sapping the opera of what should be an inexorable sense of momentum. Her prodigious and many-hued soprano seemed to constrict after the halfway point, so that even top B’s and C’s sometimes got drowned by the orchestra.

Her acting also puzzled, consisting as it did of a collection of effects and tics in search of a character. One moment she was chilling, as when she callously throttled Aegisth with his shirt collar. Shortly after, though, her attempts at Elektra’s triumphal dance recalled Elaine Benes busting a move at a wedding reception.

Goerke is a hard-working and experienced artist, so she may well sort out these issues in later performances. But even allowing for her eccentricities, this dramatic Elektra is a performance to convert the most stubborn unbeliever to the cause of opera. 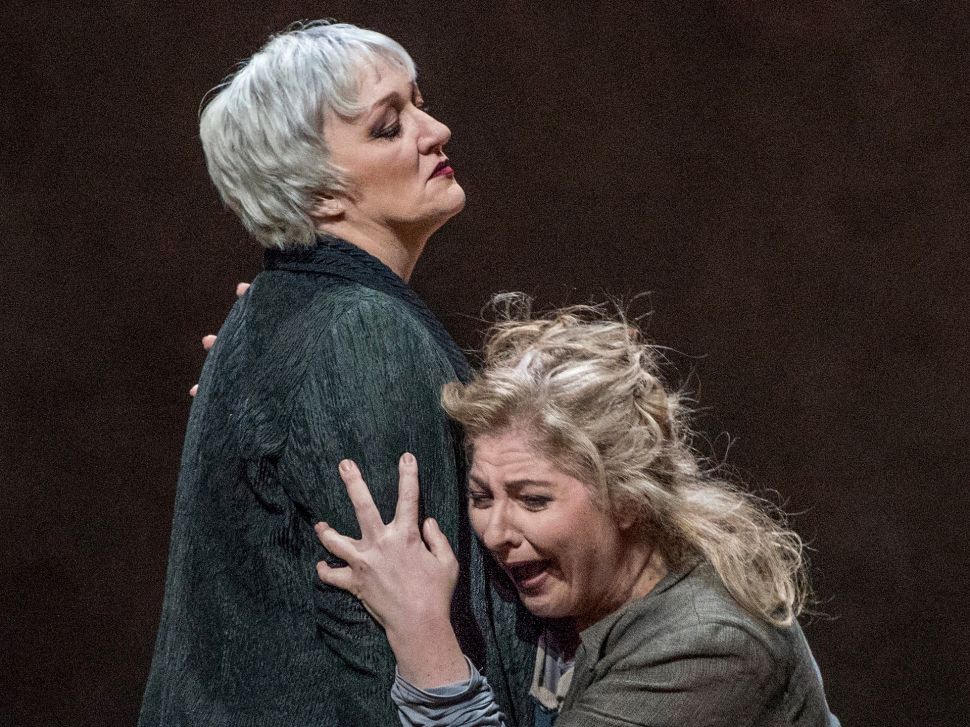