After last year’s shocking, hilarious and undeniably entertaining Best Picture mix up, many of us were hoping for, well, something from this year’s Academy Awards. Maybe not another envelope-gate or even a wildly inappropriate kiss (looking at you, Adrian Brody), but something that was unexpected and cooler-worthy. We likely weren’t the only ones crossing our fingers either.

Last year’s telecast was the third least-watched of this century, and Oscars ratings have been on a steady decline for years. The Academy Awards are still the most-watched annual awards show and 2017’s outing did earn nearly 33 million viewers, but ABC was likely hoping for another hashtag happening to help boost interest and viewership this time around. If there was ever a year for it, it was this one.

Rarely has a Best Picture race ever been as wide open as this year’s, a somewhat down year for film that saw a lot of good movies, but not a lot of great ones.

The Shape of  and Three Billboards Outside Ebbing, Missouri were the favorites, but neither had historical precedent on their sides.

That opened up the field for underdogs such as Get Out, Lady Bird and Dunkirk. But despite the scalding hot steam Get Out built up over the last few weeks, the status quo reigned supreme once again as The Shape of  was granted the top prize.

Elsewhere, first-time filmmakers Jordan Peele and Greta Gerwig both earned directing nominations. Given today’s Hollywood climate, the nods felt like a much-needed (and long overdue) step in the right direction. But a win for either would have sent the moviegoing world straight to 11. It would have been a truly shocking and event-redefining turn.

We’re not upset Guillermo del Toro finally got his (deserved) due, but maybe we’re a bit, I don’t know, let down? Hell, we went eight-for-eight on our Oscars predictions in the major categories. That’s not a brag, just a sign of how predictable the Oscars have become.

With favorites and frontrunners racking up statues left and right tonight, we don’t expect to see any eye-popping ratings numbers when the official tally is revealed on Monday (Update: we were right). Though they’ll win the night in viewers, we also don’t expect the suits at ABC to be overly thrilled either.

As for us, the viewing audience, we can’t rely on shocking twists and turns every year at the Oscars. The ceremony isn’t designed to wow us, especially with a six-month awards season spoiling most of the major races before a single well-shoed foot touches that red carpet.

But it would have been pretty cool if Get Out had won Best Picture, right? 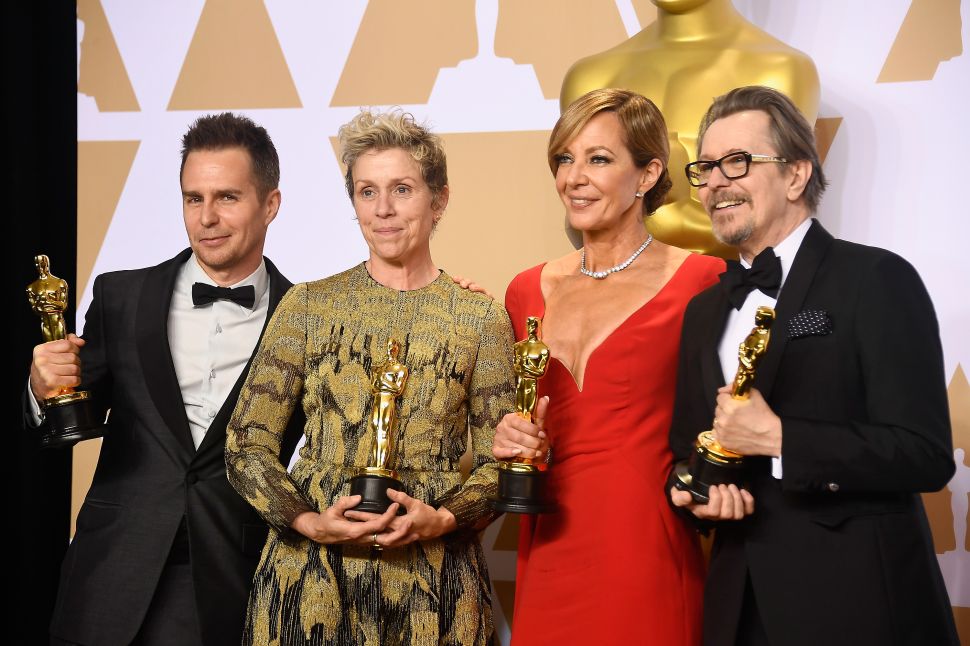