The 90th Academy Awards is shaping up to be the least-watched ceremony in Oscars history.

The Academy attempted to boost ratings and appeal to a younger demographic 10 years ago when it expanded the Best Picture field to include up to 10 films following The Dark Knight‘s snub. However, the rule change has resulted in the opposite with lesser-seen films like Moonlight and The Hurt Locker (rightfully) dominating the race.

So here are a few ways to fix the Oscars that the Academy will never listen to in a million years.

Last night’s ceremony clocked in at a bloated three hours and 48 minutes. If moviegoers started to get a little antsy during the three hour and 20-minute runtime of the Best Picture-winning Lord of the Rings: Return of the King, you can bet a bag of popcorn they’ll lose interest in the Oscars before the midway point.

This is a night that celebrates Hollywood’s best, and every single winner deserves the opportunity to address their peers and the millions of fans watching at home. But not everyone is a film nerd like us who are deeply invested in the Best Cinematography race (if Roger Deakins hadn’t won last night, we’d be rioting right now). Plus, this is Hollywood, the most schmaltzy yet least sentimental business on the planet.

So we propose cutting the technical categories entirely from the telecast. Do them before going live or set up a separate event for the likes of Film Editing and Sound Mixing. Right now, we have 24 categories, only eight of which the general population has somewhat of an interest in.

Cut the fat, and you’ll reduce the show’s runtime by 50 percent.

Jimmy Kimmel did an admirable job of hosting given the circumstances but certainly won’t go down in the annals of Oscars history. And apart from Lupita Nyong’o and Kumail Nanjiani, plus Tiffany Haddish and Maya Rudolph, the written bits for presenters were nearly unwatchable (what the hell were they trying to do with BB-8?).

This is supposed to be a fun night, but it’s hard to manufacture laughs with schtick and routines that are meant to appeal to both the entertainment industry and casual fans at home while still remaining PG. So why not stop trying to force it and let the humor come organically?

Everyone loves bloopers. From old rich and white Academy voters to movie-loving seven-year-olds at home, everyone gets a kick out of bloopers. We propose interspersing the show, perhaps during the Best Picture highlights, with hilarious bloopers that inspire genuine laughs.

You’re telling me you wouldn’t crack a rib laughing seeing Doug Jones accidentally walk into a wall during a take because he can’t see out of his Shape of fish-man costume? Would it not be endlessly charming to see the talented and gorgeous Margot Robbie flub a line seven times in a row?

Poking fun at themselves would also help the proceedings shed off the elitist out-of-touch attitude that the right consistently accuses Hollywood of holding. It’s a win-win.

Speaking of elitism, we can see how the glam and glitz of the Oscars could be… inaccessible for some movie fans. As it is now, it’s a celebration of movies for moviemakers.

If the Academy wants mass audiences to tune in, they should think about appropriating some of the best behaviors of San Diego Comic-Con, arguably the biggest (and most mainstream) movie event of the year.

Why couldn’t the teaser for Marry Poppins Returns be part of the show? Wouldn’t more fans tune in if they were promised a brand new look at Avengers: Infinity War? One of Comic-Con’s greatest appeals is the promise of highly-anticipated exclusive footage. Let’s get some cool trailer debuts involved in Oscars night.

And can we please stop with the same four or five questions in every interview? There’s only so many times audiences can be expected to hear about childhood inspirations.

Instead, let’s get interactive. The Academy should run online polls where fans can submit their own questions, with the most popular being asked live on the telecast. A lot more people, especially younger viewers, will watch if they think their Twitter handle has a shot of appearing during the Oscars.

Sadly, the notoriously stringent and provincial Academy will likely never institute any of these changes. But, we can still dream, right? 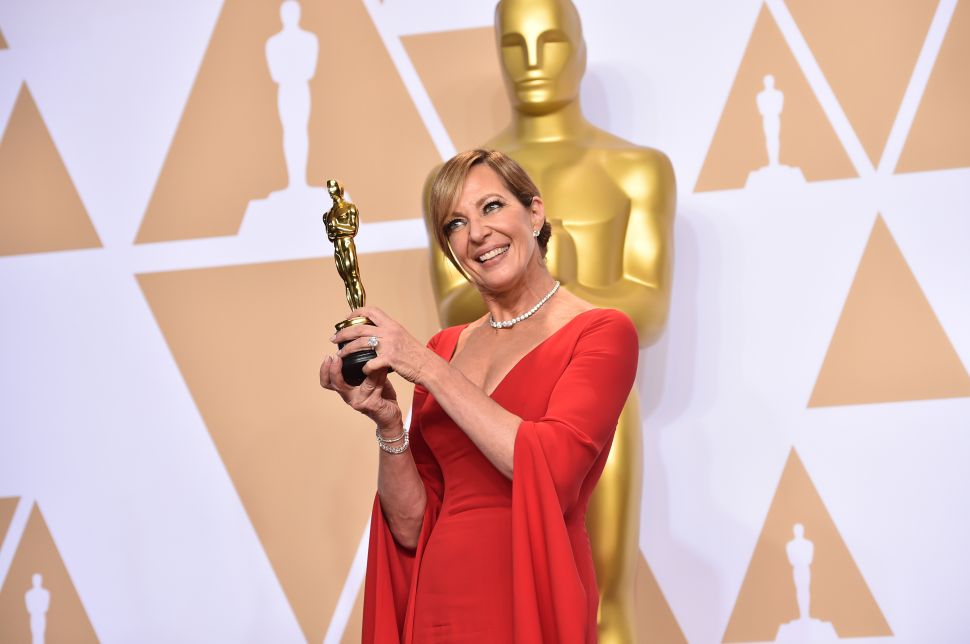