Make no mistake. The Department of Defense and the U.S. military face a threat potentially graver than Russia, China, North Korea and Iran. It is the real danger of becoming a “hollow force,” or one that is not capable or ready to carry out its duty and responsibility to defend the nation.

How can that be? After all, Congress is preparing to provide about $1.4 trillion for the common defense over the next two years. That is a huge amount of money. While the Pentagon has been warning about the serious erosion in the readiness, preparations and modernization of the military for a long time, Congress and the public will rightly expect this large increase in spending to be more than enough to correct past deficiencies and grow the force.

If that does not happen and the force remains plagued with problems, the possibility of a powerful backlash against defense cannot be discounted. That would be a tragedy. The U.S. military is one of the few institutions in the United States still held in high regard. And an unready or hollow force will be hard pressed to protect the nation if a serious crisis were to arise.

Three factors are creating a hollow force. The first is uncontrolled real annual internal cost growth of roughly five to seven percent a year for everything from people to high technology weapons to pencils. It is present because of the expense of maintaining a large all-volunteer force; soaring costs for health care and retirees; reliance on ever better technology; and a Frankensteinian budgeting and oversight system. At five to seven percent a year, costs double in ten. That means for a $700 billion annual budget, somewhere between $40-50 billion a year is need just to stay even.

Second, the country has been at war or engaged in combat operations for nearly 17 years. Much of the combat arms portion of the military has been exhausted. And the demands of the combatant commanders likewise has grown even in theaters where combat operations are not being conducted at high tempos. It is also true that after every war, the military draws down. Post-Vietnam is the classic case of a hollow force infecting the military. At some stage, today’s conflicts must end.

Third, as noted above, the budgeting-regulatory-oversight-bureaucratic process is dysfunctional and wasteful. The Budget Control Act, which specifies mandatory and arbitrary cuts across all defense programs, has done more damage to the force than all of our enemies since September 11th, according to Defense Secretary Jim Mattis. And he is right.

That Congress has not passed a budget means that continuing resolutions (CR’s) have been in effect. CR’s make sensible financial management impossible as new starts are restricted; the Pentagon is uncertain of how much money it will get and when; and efficiencies of multi-year programming for long-term buying cannot be fully utilized. It is a wonder the Pentagon functions as well as it does, and this is thanks to the skill and perseverance of the military and civilian work force alike.

What can be done? The most likely and saddest outcome is that the nation will continue on the current course, believing that these increases in defense spending will be sufficient to sustain a robust and ready force. Under this false belief, a hollow force is inevitable.

Second, the nation can spend more money to fund the force at higher levels of readiness and modernization while increasing force levels. Given exploding annual budget deficits, a national debt that exceeds $20 trillion, and the prospect of increased interest rates, this is a likely prospect.

Finally, the toughest option is to balance the huge mismatch among strategy, operational deployments, readiness, modernization, budgets, oversight and internal cost growth. This would mean possibly profound changes in strategy and force levels if the military is to be kept ready, prepared and well-equipped.

A few symptoms of where the force is headed underscore the dangers. According to the service chiefs and vice chiefs, about half of deployed F-35 and F-18 aircraft are not fully operational. Only a handful of Army Brigade Combat Teams are ready “to fight tonight.” The Air Force is 2,000 pilots short. And reports of training accidents are becoming too prevalent.

The choice is ours: do nothing, spend more, or take action to ensure our military remains the best in the world. The greatest danger is in not taking the second or third choices. 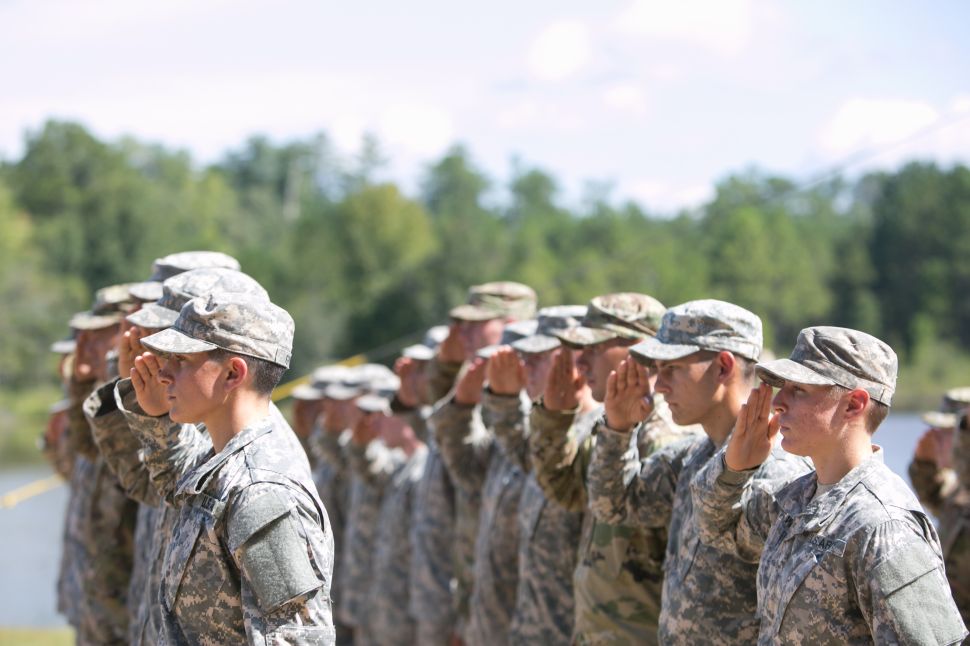