Now that he is in office, Murphy faces the challenge of converting his policy proposals into real change, all while dealing with several traditionally hot-button education issues and negotiating the interests of teachers, students, parents and taxpayers. Murphy has started the process and change is in the air.

As the Murphy administration begins to tackle tough education issues, it will be guided by the Report of the Education, Access, and Opportunity Transition Advisory Committee.

While the administration did not lay out its full plans on how to address these issues, the report does signal that they will be top priorities.

“The state has underfunded the formula by over 9 billion dollars, and nearly three-quarters of students have not received their promised state aid,” the report reads. “The Murphy administration and the legislature should reduce the school funding deficit in an equitable and constitutional manner.”

As for how to accomplish full funding, the report proposes a two-step process.

First, the administration plans to prepare a detailed report on the proposed funding for each district.

“To ensure public understanding and support for a plan to fully fund the SFRA funding formula, the public needs to fully understand its long-term implications,” the report states.

The committee further recommended that the formula should be used to inform the Governor’s fiscal year 2019 budget recommendations, even if financial constraints require that full funding may not be achieved immediately.

As for step two, the administration plans to develop a long-term funding strategy, after analyzing the school funding formula.

“SFRA reviewers should pay special attention to adjustment aid, special education funding and early childhood education funding,” the report states. “Before the [fiscal year] 2020 budget, this administration should announce its plans for the state to fund education in a progressive manner that alleviates property tax burdens.”

The transition report also emphasizes an issue not frequently discussed during Murphy’s campaign—enlarging and diversifying New Jersey’s pool of educators.

According to the report, “This administration should immediately review where [teacher] shortages exist, and introduce programs to address those gaps. These should include incentives like loan forgiveness or stipends. It should also include programs that train current teachers to fill the state’s needs.”

“Studies show that students learn better when their teachers reflect the classroom’s diversity,” the report continues. “New Jersey should improve outreach efforts to high schoolers and college students and encourage them to consider teaching in their community as careers.”

While Murphy touted universal preschool on the campaign trail, the transition report is less optimistic about when it will come to fruition.

“The governor should provide a modest increase in early childhood education funding in the [fiscal year] 2019 budget,” the report states. “This could in part be funded by philanthropic contributions or social impact bonds.”

With regard to all of the significant issues facing New Jersey, the Murphy administration has made it clear that none of these changes will occur overnight. Some, such as school funding, require additional analysis and policy debate. Others, like universal preschool, are contingent on funding.

Lamont Repollet as Commissioner of Education

Repollet, who previously served as superintendent of the Asbury Park School District since 2014, will play a significant role in shaping the Murphy’s administration’s educational policy.

While Gov. Christie often criticized the Asbury Park School District for wasteful spending, Murphy credited Repollet for turning it around. Under Repollet’s leadership, the district was recognized by the International Center for Leadership in Education as a 2016 and 2017 Innovative District for creating programs, including a Comprehensive District Interactive Literacy Intervention program, the Power of 10 dropout-prevention program, a College and Career Readiness Institute creating paid-internship placements, career academies in the high school and STEM opportunities.

So far, Repollet appears to be a popular pick.

Repollet is currently serving as New Jersey’s Acting Commissioner of Education. He still needs to be confirmed by the state Senate. 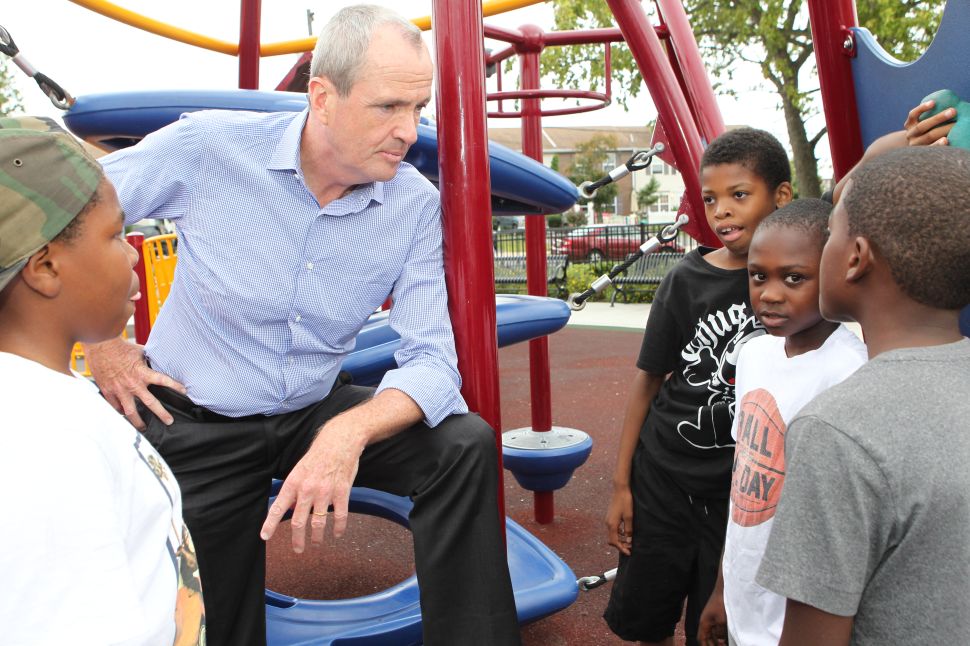