It’s happened again. Another Russian spy who’s taken up residence in the West has been poisoned under mysterious circumstances. At this hour, he is in intensive care, his fate undetermined. Worse, his daughter was poisoned with him and likewise is in dire condition. To anyone acquainted with what the Kremlin terms wetwork, this all looks depressingly familiar.

His name is Sergei Skripal, and he is a 66-year-old pensioner who once was a career officer in Russian military intelligence, known as GRU. In the mid-1990s, he became a mole for Britain’s Secret Intelligence Service, popularly known as MI6. Until he retired from GRU in 1999 as a colonel, Skripal passed SIS classified information in exchange for money. The secrets he shared with British spies included the true identities of Russian intelligence operatives in Europe.

Arrested in 2004, Skripal was branded a traitor, and he received a 13-year prison sentence for his betrayal—a relatively light sentence in Russia, an indication that Skripal had cooperated with the Federal Security Service (FSB) after his arrest. His fate was grim until he was suddenly released in the summer of 2010 and sent to Britain, a free man. This was part of the exchange of 10 Illegals, deep-cover Russian spies who were arrested by the FBI as part of Operation Ghost Stories. Pardoned before he departed Russia, Skripal started a new life in the United Kindgom.

That all came crashing down last Sunday, when Skripal and his 33-year-old daughter Yulia were found unconscious on a bench in a shopping area of the provincial city of Salisbury in southern England, 100 miles southwest of London. The pair were whisked off to intensive care, and what agent was used to poison them remains undetermined at this hour. Theories that they were sprayed in the face with a lethal heavy metal remain speculation. Given the Kremlin’s longstanding acumen in weaponizing poisons, some of them obscure and difficult to trace, it may be some time before solid answers appear in this mysterious case.

It all inevitably reminds of the sensational murder of Aleksandr Litvinenko in London in November 2006. An FSB officer who defected to Britain and became an anti-Putin activist, Litvinenko was killed with a dose of polonium-210, a rare and highly radioactive agent, placed in his tea. An extended investigation of the case by British police and the Security Service, popularly called MI5, determined that Litvinenko was murdered by two Russians with connections to the Kremlin and the FSB. It was presumed that authorization for such a brazen assassination, executed in public, had to come from “the top” in Moscow.

The Litvinenko hit was just one of more than a dozen suspicious deaths of Russians living in Britain. That country is a favored destination of wealthy Russians seeking to stash their money somewhere safe and pleasant. Although several of those deaths can be linked to Kremlin operatives, the British government has been relatively timid about making a fuss regarding the murders of Russians on its soil. Although British police and intelligence have pushed for a stronger response by London, that has not been forthcoming. The difficult reality is that enormous Russian investments in British firms and real estate have translated into political influence, and no British government has been eager to rock the boat over a few mysterious murders.

The Skripal hit may change that. The matter has been handed to elite counterterrorism police for investigation, while today the British cabinet convened a top-level COBRA meeting to discuss the case. Although London is officially keeping an open mind, MI5 is reported to believe that the Kremlin stands behind this ugly operation. It’s difficult to imagine who else wanted the old spy dead—and was willing to poison his daughter and risk exposing emergency workers and the public to a lethal poison in such a brazen fashion.

Skripal’s eight years in Britain will now receive scrutiny. He chose to live in the countryside, not London, where Litvinenko was fatally radiated. However, reports that several family members have died in recent years—including his wife and son—under less-than-transparent circumstances raise disturbing questions. Why Moscow wanted Skripal dead now needs to be answered. Normally, traitors who have been pardoned and traded in a spy-swap are off-limits; they are left alone, per the rules of the last Cold War.

However, Vladimir Putin has resumed wetwork in a fashion not witnessed in the Kremlin since the days of Joseph Stalin. Putin’s assassinations abroad over the last 15 years have been more aggressive than anything done during the Russian president’s KGB career. Moreover, his views on turncoats are well known: “Traitors always end badly,” he famously explained. In 2010, the year Skripal was swapped to Britain, Putin chillingly stated, “Traitors will kick the bucket. Trust me. These people betrayed their friends, their brothers-in-arms. Whatever they got in exchange for it, those thirty pieces silver they were given, they will choke on them.”

The Kremlin boss regularly uses such rough KGB argot to express himself, but the many dead Russians in Britain over the last dozen years indicates this isn’t just tough talk. Some of Skripal’s betrayal occurred when Putin was the FSB director, so this may be a personal matter for the Chekist-in-chief. Nevertheless, such a brazen public hit just a few weeks before Russia’s presidential election represents a new level of honey-badgering even for Vladimir Putin.

The message being sent is clear: Traitors are never safe, anywhere. Wherever you are hiding, the Kremlin can find you and kill you (and your family). Neither is this problem restricted to Britain. In November 2015, Mikhail Lesin, the founder of RT and a onetime member of Putin’s Kremlin inner circle, died mysteriously in the heart of Washington, D.C. While the official verdict is that a drunk Lesin died of self-inflicted blunt-force trauma, that cover story is considered a bad joke by the FBI and American counterintelligence. Putin likely deemed Lesin a traitor and defector who was about to spill the beans about Kremlin shenanigans to the Americans, so he had him silenced.

Since the Kremlin hasn’t been punished for its apparent murder of Lesin in our nation’s capital, it’s worth asking if it might happen again. Any Russian who’s gotten on Putin’s bad side should not feel safe anywhere these days, not even in the United States. The follow-on question is even more controversial: Would the Kremlin take lethal action against Americans it deems a threat to Russia’s national security?

That’s a much trickier issue. While murdering Russian émigrés is one thing, taking out Westerners in their own countries is another matter altogether. While there may have been a Russian hand in a 2007 attempted murder of an American anti-Putinist outside Washington, D.C., that case remains unresolved. You must go back the better part of a century to find a more-or-less certain Kremlin hand in the killing of an American in the United States.

The unlucky target was Juliet Poyntz, a woman from a privileged background who became a Soviet spy out of ideological enthusiasm. For several years in the 1930s, Poyntz was a valued agent of the Soviet secret police in America, recruiting and running spies for Moscow. However, she disappeared off the streets of New York City in June 1937 and was never seen again. Suspicion quickly fell on the Kremlin, and some insiders believed that Poyntz had grown disenchanted by Stalin’s Great Purge and was deemed a counterintelligence threat: she knew too much, therefore she was kidnapped and killed. Although ironclad proof has never appeared to confirm this, there’s enough circumstantial evidence available that U.S. counterspies have long believed that Poyntz was murdered by her Chekist comrades.

The Poyntz case may not be of merely historical interest in Washington these days. We are in the unprecedented situation where the president and his retinue are under special counsel investigation for their secret ties to the Kremlin. Given Putin’s predilections, Americans who cooperate with Robert Mueller and his prosecutors, sharing information that will harm Team Trump, may be putting themselves at risk of Russian retribution.

Last week, Rick Gates, the Trump campaign official who agreed to cooperate with the Mueller investigation and spill the beans about Russia-related happenings in 2016, cancelled a spring trip to Boston in response to online threats of violence against him and his family. While this was most likely just noxious trolling of the sort that’s depressingly common regarding anything Russian, Gates made the right decision. In Cold War 2.0, the old Chekist rulebook has been thrown out. Anyone who’s deemed a threat by Putin may be at risk of getting lethal attention. 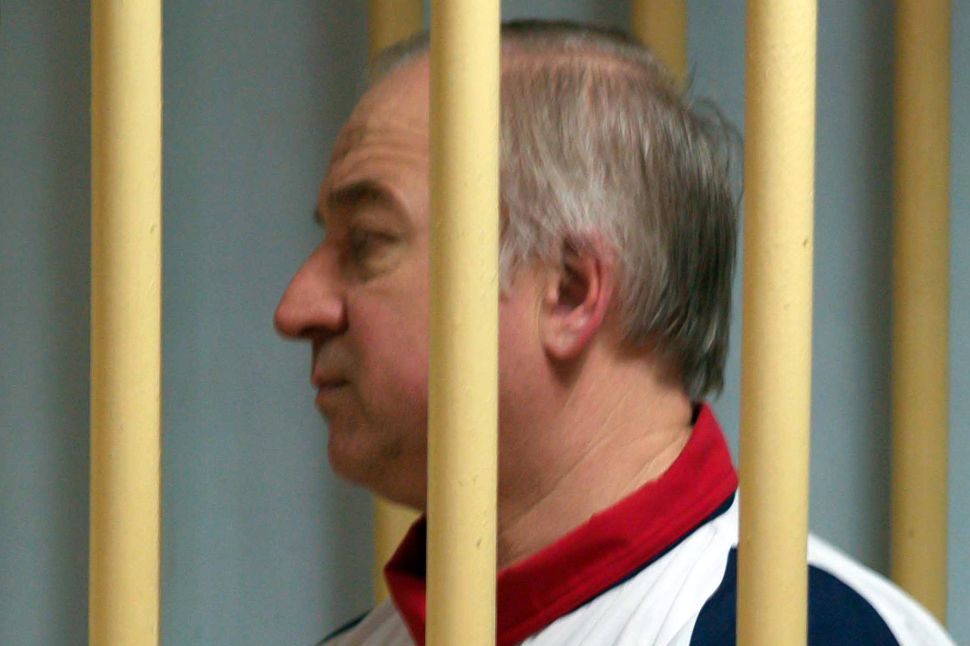