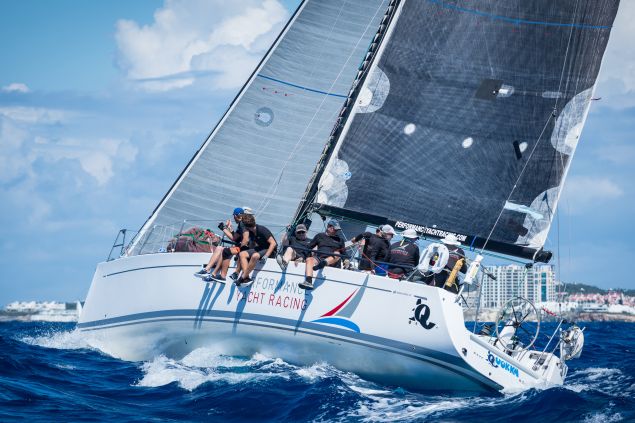 Caribbean winters are famous for their regattas. Sailors from all over the world come to soak up the sun, feel the trade winds in their sails and, admittedly, do a bit of parting. It has been like this for fifty years. One of the biggest on the Caribbean calendar is the Heineken Regatta, hosted on the Dutch side of St. Maarten. Last week was the 38th gathering, and the first one after Irma, a mammoth epochal hurricane, with 200 mile-an-hour winds, erased or damaged most of the island’s buildings, making this year’s regatta a profoundly different experience, and causing the community to refocus the event.

The airport is the first clue something is wrong…there is no airport. The terminal is a gutted shell, replaced by a makeshift tent. Immigration and customs are “al fresco.”

But continuing to hold the Regatta this year was, according to St. Maarten’s director of tourism Rolando Brison, “absolutely crucial.” The tourism dollars it brought were essential, but also, he knew it served as an important announcement to the world. “From an image perspective, not holding the regatta would have solidified the belief that St. Maarten is fatally damaged.”

Paul Miller, who organized the event, wasn’t about to let that happen. “The day after the hurricane, calls came from all over the world asking what they could do.” He told them: “Come sail the regatta with us. Make it happen as it always has.”

With 100 boats and sailors from 25 countries, it looks like Paul’s request was followed. This, despite the destruction of 80 percent of the bareboat fleet by Irma.

The Ocean Challenge Yacht Club from Warsaw Poland was one of the first to answer the call. Under their founder and match-race winning skipper Prezmyslaw Tarnacki, they brought 25 sailors and chartered a beast of a boat, a Volvo 70 called Green Dragon. Tarnacki said, “We love this regatta. We have won our class a few times and there was no way we were not coming. Also, we donated to the youth sailing programs on the island.”

His Green Dragon and the Ocean Challenge Club’s placed first in Ocean Racing Division 1, which advances his goal of making Poland a competitive sailing nation. 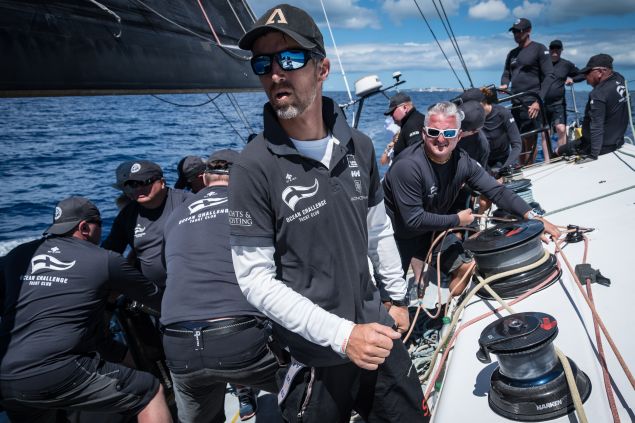 The crew of Green Dragon at the Heineken Regatta. Laurens Morel

The first day of sailing was the Gill Commodore’s Cup, a non-scored event. The round-the-buoys race starts just off Simpson Bay sailing east to Point Blanche. The warm winds were in the 10-13kt range, the deep blue, the sky as well. St. Maarten sparkled. When such considerable challenges had been presented for this regatta—but with the payoff firmly in sight—the sense of excitement was palpable as these boats kicked off the event.

In the Bareboat Division (in which you rent a boat from one of the charter companies like Dream Yachts, Sunsail or the Moorings), customer Neil Harvey, who has participated in over 15 Heinekens explained, “We jumped in wholeheartedly. We paid up right away and, because there were so few hotels open, brought a powerboat from Florida to sleep in.” Not only does Neil fill the boat with talented sailors like Brad Kendell, who won a silver medal at the Para Olympics in Rio, but he always hosts local kids from the island’s sailing community.

Day 2 marked the official start of the regatta with a round-the-island race. The forecast was for light winds (12kts) decreasing as the day went on. Fortunately, the breeze refused to die. The fleet was sent clockwise. The first leg to Pt. Canonier was downwind so up went the kites. From the deck of Green Dragon looking astern were scores of multi-colored spinnakers. The sailors had delivered a counterpunch to Irma.

Days 3 and 4 returned to round-the-buoys races. Friday’s winds were unusually light for the Caribbean, but the PRO got the races in. 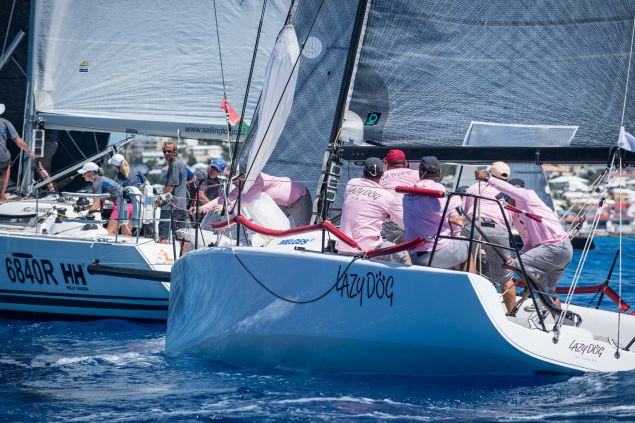 The final day there was a strong, but unusual, west wind. The fleet sailed the races they wanted in this brisk breeze.

Hank Schmidt of Offshore Passage Opportunities (OPO) had his boat Advocation on the course. Hank’s OPO allows members to join him at several regattas. He also matches sailors who want to learn offshore skills with boat owners who need crew.

Hank has been coming to the Heineken for 15 years. As a sideline, he is helping the island of Dominica to recover. “Yachting is a crucial part of these islands’ economies. We need to support them in every way we can.” Hank and Avocation won the Island-Time Division.

The Heineken saw the debut of the hottest one design racing boat in America, the brand spanking new J 121. This entry, called Apollo, took third in the Caribbean Sailing Association (CSA) Division 3 contest. Look for more and more wins from this innovative design from J Boats.

Partying is an important part of every regatta, but this year the organizer’s made sure the keep it in perspective. Sailors and locals danced to some of the Caribbean’s top acts—Orange Grove, Destra, Onion and Shaggy—who donated their time and fees to charitable organizations helping those without homes or work. 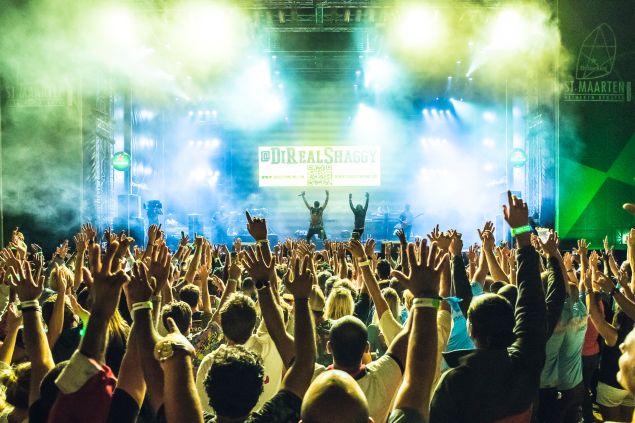 The realities of hurricane Irma’s impact have been devastating. Homes are gone and businesses have been destroyed. The wreckage is still keenly visible. Estimates of a total recovery put it anywhere from a few years to a decade away. That, and another upcoming hurricane season, is one everyone’s minds.

But recovery means rebuilding the social fabric alongside the physical infrastructure. Sailing is part of both. New boats and dockages are being purchased and upgraded. Islanders depend on The Heineken for income, jobs and future connections.

Professional Race Organizer Paul Miller, who lives on the island, said it best. “With the support of the sailing community the recovery will be faster. Come sail with us.” 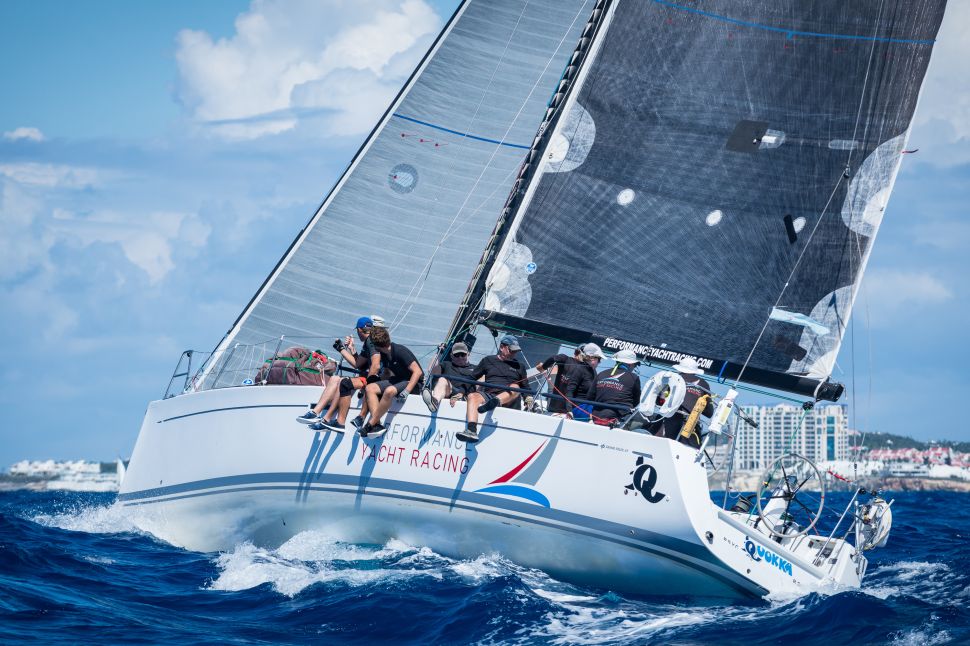