The 2016 election galvanized Baltimore native Sarah Sherman’s foray into politics. But after a year of social upheavals sparked by the #MeToo movement, the activist’s new political action committee (PAC), Vote Me Too, is poised to helm a new wave of women candidates.

“Right now, we’re just doing grassroots,” Sherman told Observer. “If there’s a woman out there who wants to drop a ton of money into us, fantastic. But because we’re just getting started, we want to do small grassroots and see where it goes.”

As a mother, sexual assault survivor and former all-girls school teacher, Sherman was outraged over President Donald Trump’s election. But rather than reverting to slacktivism, Sherman mobilized her community by launching a chapter of the progressive group Indivisible in Baltimore City. Within a year, the local movement grew to over 3,000 members, featuring weekly resistance meet-ups such as “Anti Trump” Tuesday rallies.

“There was a collective feeling that it wasn’t enough,” admitted Sherman.

As record numbers of women began to run for office, the activist saw the need for a pro-women’s Super PAC that transformed grassroots efforts into political legitimacy. Sherman later explained the idea to #MeToo’s founder Tarana Burke at a Planned Parenthood event during January’s State of the Union.

“She looked at me and said ‘I really hope the women you are planning on electing are champions of women and are going to fight against sexual assault and abuse,'” reflected Sherman. “I said ‘Absolutely, 1,000 percent.'”

After registering with the Federal Election Commission (FEC) in January, Vote Me Too launched officially on Monday.

Its website features political montages shot by Storyfarm, along with women’s testimonials. It employs the services of Live Wire Media Relations, a boutique public relations company boasting The Carlyle Group, one of the world’s largest investment firms, as a client.

Those “awesome ones” will not likely include Republican women, as Sherman’s PAC pushes Democratic initiatives for healthcare, reproductive choice and family leave.

Other political startups, however—such as the Ready to Run network operating from select U.S. cities—encourage all women to run for office regardless of political affiliation. Last month, the Pennsylvania Center for Women and Politics (PCWP) at Chatham University hosted an annual training program offering political hopefuls a day of workshops and breakout sessions.

“We are nonpartisan and we make a very conscious effort to offer role models for the women who attend our training on both sides of the aisle,” Jennie Sweet-Cushman, the assistant director at PCWP, told Observer. “That’s a rare thing where you have women who are Republicans and Democratic attending the training, as well as participating and offering the training.”

The sea of women candidates running for office hits the political landscape alongside Russian disinformation campaigns, nationalist resentments and anti-Trump fervor. Capitalizing off the movement, Ready to Run and the Vote Me Too PAC stand ready to define the 2018 midterms. In the latter’s case, grassroots ethos, political capital and new marketing strategies converge into a platform for Democratic fundraising. 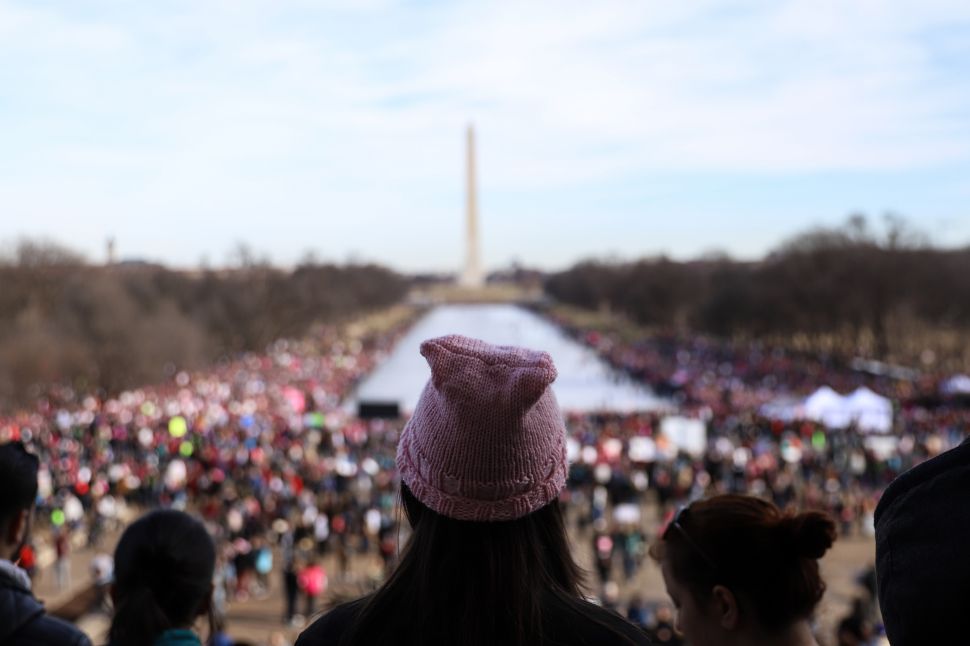