Entering his fourth six-year term as Russian president, Vladimir Putin must now confront the wreckage of past diplomacy and a volatile domestic landscape.

Though the Kremlin escalated an international crisis on Thursday, expelling 60 American diplomats in a tit-for-tat exchange sparked by its approval of extrajudicial assassinations, strategists predict a ceasefire as Putin faces collective action from Western powers.

“It’s all about making points and the points have been made,” Lawrence Freedman, emeritus professor of war studies at King’s College and author of The Future of War, told Observer. “There’s nothing surprising about what happened today. The Russians have not exceeded what the allies did [last week], so I suspect they hope ‘that’s it.’ I doubt there will be much more from the alliance as a whole.”

Noting the expulsions were likely against officials with intelligence functions, rather than mainstream diplomatic responsibilities, Freedman added that diplomacy was still on the table for all parties. Whether or not such dialogue will translate into action remains another question, especially as Russia continues testing the contours of the liberal international order.

“The important thing in the more general sense is that Russia has gotten into a very isolated position,” said Freedman. “To the extent it had been trying to divide the West, which many people thought was succeeding, it hasn’t succeeded as well as was suggested. One reason for that is that lots of individual countries have their own gripes with Russia.”

The Netherlands, for example, have been plagued by Russian disinformation campaigns and military fallout—in 2011, a Malaysian Airlines craft carrying a majority of Dutch citizens onboard was gunned down over Eastern Ukraine by pro-Russian forces. Expelling two Russian diplomats in a show of solidarity with Great Britain, Holland joined 28 other powers buttressing Putin’s aggression.

“By and large, when countries do this, they do it alone. The fact that so many other countries supported the British was the most unique feature of this,” said Freedman. “It tells the Russians there’s more common ground opposed to them than there is supporting them.”

Despite touting “invincible” nuclear warheads, a space mission to Mars and a landslide reelection victory, the Russian president faces a tumultuous domestic landscape.

Protests erupted in the Siberian town of Kemerovo on Tuesday as Putin visited in the aftermath of a mall fire which killed 64 people—many of whom were children. The New York Times reported that several men confronted Kemerovo’s deputy governor Sergei Tsivilev about Russia’s widespread corruption during a staged event attended by Putin.

Further dissonance was fanned online by Russia’s opposition leader Aleksei A. Navalny, who was barred from running this election cycle in a move seen by many as politically motivated.

Even the world’s greatest Machiavellian accredited with dismantling Western democracy struggles in pacifying his own citizens. Vexed with an unsettled population and containment efforts taken collectively by the Western powers, Putin is best served to consolidate his gains abroad and develop a grand strategy to channel nationalist sentiments at home. 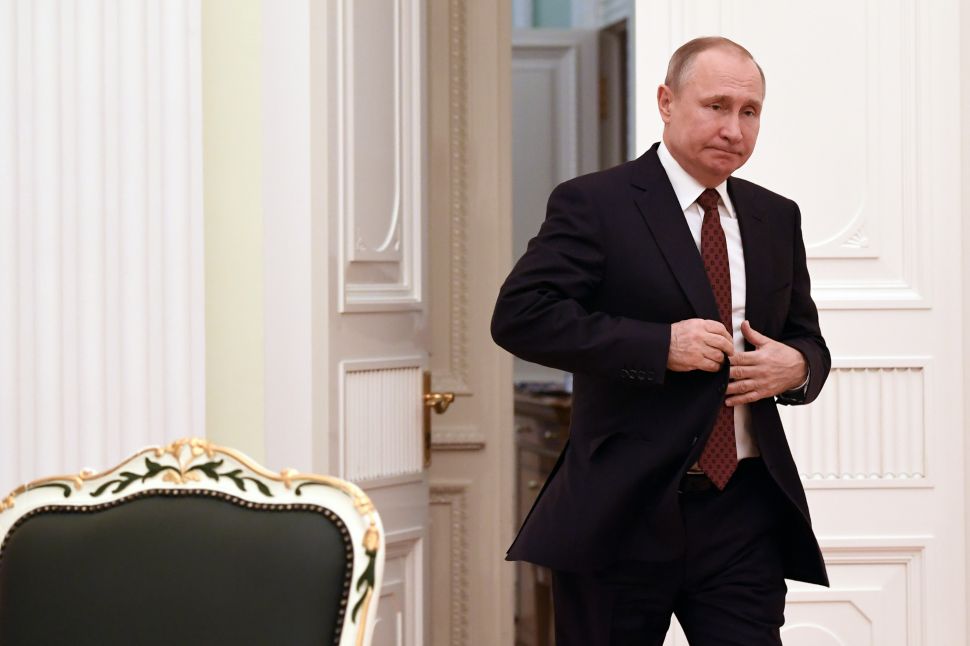