The world was rattled by a March 1 video of Russian President Vladimir Putin showing off his country’s military prowess with animation of missiles striking South Florida and Mar-a-Lago. The threatening film was likely designed to scare America after a firefight in Syria between the two countries left 200 Russian mercenaries dead.

Earlier this month, American forces in Syria conducting anti-terrorism operations came under attack by a group that crossed the Euphrates River. A combination of artillery and airstrikes destroyed the attackers. It turns out many of the casualties were members of a contractor called the Wagner Group, which is alleged to have close ties with the Kremlin. Unsurprisingly, the Russian government is saying very little about the events.

Compare this with the downing of the South Korean airliner, KAL-007, by a Soviet Su-15 fighter as the passenger jet accidentally wandered off-course in the Northern Pacific into an area claimed by the USSR, killing 269 passengers (including 62 Americans and a Georgia congressman). That incident triggered a dramatic Cold War era crisis that had Russians scurrying for nuclear bunkers, fearful of President Ronald Reagan’s possible retaliation. It even put a number of Americans on edge, including this writer, who just became a teenager two days later.

This time instead of making headlines, the deaths of so many Russians at the hands of the U.S. is barely making a ripple in the news, in Russia and America as well. It has a lot of people asking what’s going on and why.

Reuters provided some details on what happened: “A U.S. official, speaking on condition of anonymity, said last week that a force aligned with Assad, backed with artillery, tanks, rockets and mortars, had on Feb 7 attacked fighters with the U.S.-backed Syrian Democratic Forces near Deir al-Zor. U.S. Special Forces were accompanying the SDF forces that came under attack, officials in Washington said.”

Those Syrian Democratic Forces are the Syrian Kurds who helped us by providing badly needed ground forces in our campaign against the Islamic State, better known as ISIS. The SDF are being attacked by Turkey’s authoritarian president Recep Tayyip Erdogan, as well as elements of the Free Syrian Army, which some fear has aligned itself with al-Qaeda affiliate Jabhat al-Nusra.

Why Erdogan would team up with an al-Qaeda ally is anyone’s guess. But he’s threatened U.S. troops working with the Kurds, so Americans were on an alert for an attack. And ISIS hates the Kurds as much as it hates the United States, so it’s understandable that the U.S. forces could have thought the attackers were ISIS terrorists.

Sometimes in the fog of war or the heat of the battle, United States soldiers probably aren’t sure who’s attacking them or what their motives are. Sources indicate that the Russian contractors were working with the Syrian government under Bashar al-Assad, the dictator whose human rights record is a brutal one.

Keep in mind that a year ago, Trump ordered missile strikes against a Syrian government airfield for its role in a chemical weapons attack. Putin is Assad’a ally, and he may have been seeking a measure of revenge on behalf of his new Syrian friend.

As Business Insider reports, the Voice of America/Radio Free Europe/Radio Liberty intercepted a recording of the Russian account of what happened. “The audio recordings paint a picture of Russian mercenaries essentially sent to die in an ill-conceived advance on a U.S.-held position in Syria,” writes Alex Lockie. “Reuters has cited sources as saying the advance’s purpose was to test the U.S.’ response.”

If the attack was not a case of mistaken identity, then Russia’s actions appear to be one of intimidation. Perhaps remembering how President Barack Obama drew a “red line” on the use of chemical weapons and then backed off, Putin wants to see if Trump is as weak as Obama. Perhaps he hoped Americans would suffer some casualties, and public opinion would prompt Trump to withdraw the U.S. Special Forces, enabling Assad to pummel the Kurds with impunity. If that’s the case, Putin underestimated Trump badly, as well as the U.S.’ resolve to stick up for our anti-ISIS ally.

It is clear that we have few friends and quite a few fair-weather friends and enemies in Syria. In such circumstances, it is important to stick to our true blue allies and communicate to others that the United States will not be pushed around in our efforts to back our allies.

That means that Trump needs to keep supporting the Kurds, not just militarily but maybe politically as well. The Kurds have proven themselves to be allies on par with Israel and deserve similar support. In fact, it wouldn’t be a bad idea to start pushing for an independent Kurdistan, something put into the Treaty of Sevres nearly a century ago after World War I but torpedoed by great powers and ignored by an ineffective League of Nations.

Having looked the other way on ISIS, failed to shut his border to those terrorists, and threatened U.S. forces in the region, Erdogan has proved himself to be anti-American. But any warning and similar response to this Turkish autocrat needs to be accompanied by a promise to the Turkish people that they are not the enemy; their leader is. Once his reign over Turkey ends, the U.S. can resume its once-productive relationship that existed before Erdogan rose to power.

As for Russia, Putin has demonstrated his loyalty to Assad. Any belief that he’s some new friend of the U.S. continues to be disproven by his actions, made visual through his threatening video. Our relationship has to be kept at arms-length, noting also that a cyber-attack and a military attack on our soldiers both represent assaults on us and will be met with a response just as powerful as the American forces delivered in February to the Russian offensive. Backing down to Russia could invite even more deadly “tests” of American resolve. 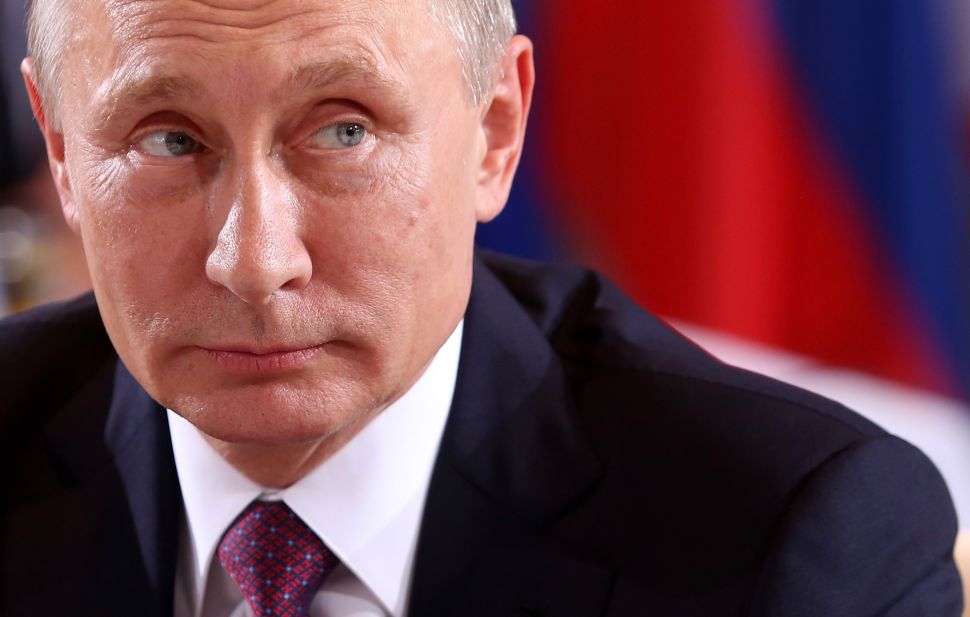