Queen Elizabeth, one of the most powerful women in the world, will celebrate her 92nd birthday with a performance by none other than one-hit wonder, Shaggy. Yes, the reggae singer famous for crooning, “But she caught me on the counter, it wasn’t me. Saw me bangin’ on the sofa, it wasn’t me.”

If you’ve ever wondered what Queen Elizabeth has on her Spotify party playlist, the answer has now been revealed. Queen E. is actually known to enjoy show tunes, not new wave, but that’s what she’s getting at her upcoming birthday bash.

The Commonwealth concert in honor of Queen Elizabeth’s birthday will be held on April 21st at Royal Albert Hall and will feature a line-up that’s more eclectic than most music festivals. The Queen will sit through a performance by Shaggy, who has been collaborating with Sting on a new album, creating the reggae-infused single “Don’t Make Me Wait,” which is a far cry from The Police’s greatest hits. Hopefully, Queen Elizabeth joins in on the “It Wasn’t Me” chorus for a good time.

Other performers include Craig David and pop star Anne-Marie. You might remember David’s song “GOT IT GOOD,” where he sings, “Now here’s my credit card, go max it…treat you like the Queen in Buckingham Palace.” One can only imagine him serenading Queen Elizabeth with those swoon-worthy words—luckily, there’s no envisioning necessary, as the concert will be aired live on BBC One and BBC Radio Two.

Other confirmed guests include Sir Tom Jones, Kylie Minogue, Shawn Mendes and Ladysmith Black Mambazo, of Mean Girls infamy. Unfortunately, a One Directioner is not set to make an appearance and neither is Prince Harry’s favorite girl group, the Spice Girls. 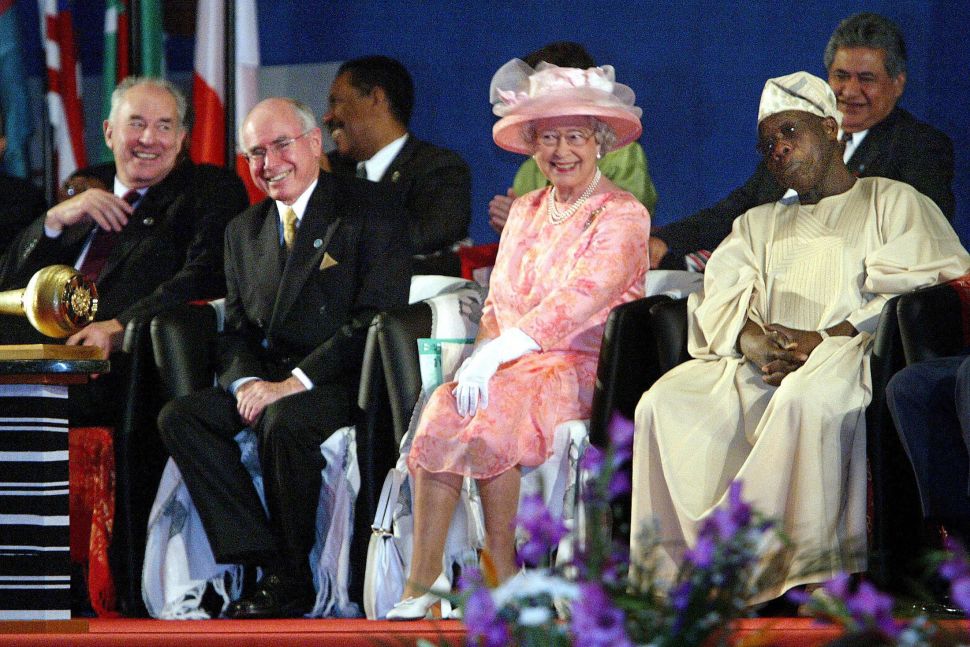