Steven Spielberg is a legend, but even he isn’t immune to the occasional cold streak as his most recent two films—2016’s The BFG and last year’s Oscar-nominated The Post—failed to drum up much business at the box office. The former was the worst commercial flop of his career and the latter, despite widespread positive reviews, has sold the fewest tickets since Spielberg’s feature film debut.

It looked as if Hollywood’s most celebrated filmmaker was on his way to a third-straight flop with Warner Bros.’ Ready Player One, based on the Ernest Cline bestseller of the same name. When tracking information for the film’s opening weekend came out, projections pegged the movie for a sluggish $35 million or so.

But maybe Spielberg’s latest can outperform expectations on the back of positive reactions coming from Ready Player One‘s surprise screening at SXSW Sunday night.

Check out what those in attendance are saying:

READY PLAYER ONE: So so so much movie. Sometimes too much but what I kept thinking over and over again was “my kids are gonna LOVE THIS.” It is joyous and thrilling for the people who it’s designed to joy and thrill.

Ready Player One is a whole lot of fun. Those who are stuck in pre-release hate mode better prepare to be disappointed. #sxsw

TOTALLY engrossed in every second of @readyplayerone. It is one of the most technically brilliant things I have EVER seen. Spielberg is one of the few directors who could orchestrate this kind of visual symphony that SO many people will enjoy. Pretty amazing.🎮

READY PLAYER ONE: The #SXSW crowd ate it up! The pop culture references are a LOT of fun, geeky glee to see everything together on the big screen. I just wanted more of the real world & more character backstory. I definitely recommend reading the book first! pic.twitter.com/afGpsxdzr8

So yeah, I LOVED Ready Player One. It’s perhaps the geekiest movie ever made. So so so happy right now!

READY PLAYER ONE feels like Spielberg watched a ton of Luc Besson movies and decided to outdo them. In terms of pure spectacle, it’s the most astonishing thing he’s done. Never underestimate Steve. #SXSW

Ready Player One is a pop culture extravaganza. A truly one of a kind film that combines video games, tv, movies, music, & action figures into one huge crowd pleasing film. Prepare to be wowed & see this on the biggest screen with the best sound system possible. #ReadyPlayerOne pic.twitter.com/Tj6QuqI9oF

What a fantastic love letter to games and pop culture from Mr. Spielberg! An awesome book is now an awesome film! Every gamer should see Ready Player One. Super fun, extremely satisfying and offers a ton of new things even for book readers! #AJsBadAssSealOfApproval

Went into READY PLAYER ONE skeptical as hell. Came out largely as a joyous convert. I have a handful of issues with the structure and characters, but it improves on the book in important ways, the action is riveting, and I really bought the humor. #readyplayerone

Of course, not everyone was as pleased with the 1980s infused pop culture love letter that is Ready Player One. There were some negative reactions among the crowd.

literally my face during every second of Ready Player One. pic.twitter.com/dqZTNeN81r

Just. These movies matter so much to people. To just slap on iconography and references like they are stickers on a bedroom door. It’s such shallow use. It exploits your love for these things instead of earning it.

Social media response to the film’s promotional campaign has been tepid at best and downright hostile at worst. None of Ready Player One‘s trailers have really grabbed audiences in the way that, say, Black Panther‘s footage excited the internet.

That’s why it’s surprising to see the majority of critics walk out so pleased with the movie. With a couple more weeks to go before the opening and a massive marketing push planned by Warner Bros., it’s possible that the studio can mount an attack plan based on these quality early returns to help push those box office numbers up.

Ready Player One will hit theaters on March 29. 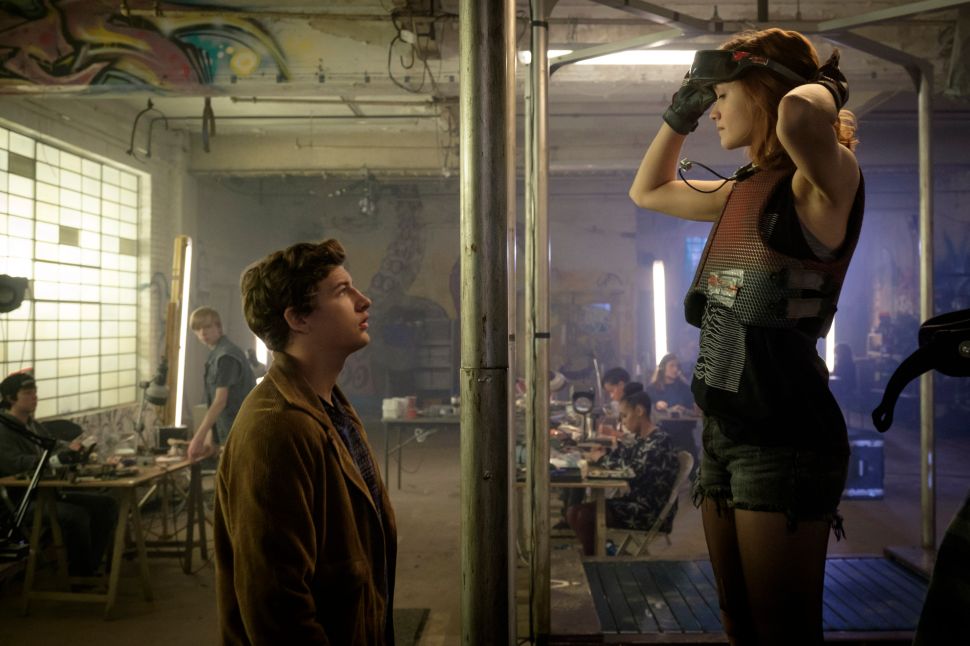