Now, we can add one more juicy credit to her name.

The book went on to become a best-seller and sparked the interest of the industry.

Per the outlet, Little Fires Everywhere explores the “intertwined fates of the picture-perfect Richardson family and an enigmatic mother and daughter who upend their lives.” It also examines the “weight of secrets, the nature of art and identity, the ferocious pull of motherhood—and the danger in believing that following the rules can avert disaster.”

Liz Tigelaar (Casual) will serve as writer and showrunner.

“Celeste wove a beautiful, riveting story that spoke to all of us, and when we heard the vision Reese, Kerry and Liz have for the series, we knew immediately that we had to bring it to Hulu,” Hulu chief content officer Joel Stillerman said in a statement. “We’re honored to bring this powerful story to the screen with Hello Sunshine, in their first studio project. This is exactly the type of compelling and culturally relevant content that embodies our Hulu Originals brand.”

“At Hello Sunshine, we strive to shine a light on female-driven stories that are rooted in inspiration, emotion and truth—all of which form the bedrock of Celeste Ng’s ingenious work,” Witherspoon said. “Hulu has a rich history of transforming groundbreaking literature into groundbreaking television, and we are confident that their talented team will use this story to spur a long-overdue dialogue around race, class, and what it means to be a mother. With Kerry Washington, Liz Tigelaar and now Hulu, Hello Sunshine has brought together a dream lineup of creative collaborators, and we are privileged and humbled to have the opportunity to work with them to bring this important project to life.”

This is yet another high profile feather in the cap of Witherspoon, whose expansion into producing has been quite impressive so far.

Diversity behind the screen has been equally lacking as it is in front, leading to an abundance of straight white male-led stories. But Witherspoon’s emergence as a production force is providing a platform for, as she noted, female-driven stories to come to the forefront. So far, her track record is pretty solid.

In 2013, she became the first African-American woman nominated for a Best Actress Emmy in the last 18 years. Her studio Simpson Street is also involved with producing, giving her some real skin in the game.

“As producers, we at Simpson Street are so proud to be part of this team to tell this extraordinary story inspired by Celeste Ng’s phenomenal novel, and we are thrilled to be embarking on this journey with Hulu,” Washington said. “As an actress, I am floored to have the opportunity to work alongside Reese Witherspoon, exploring the rich themes of this story, playing these dynamic characters.”

This news is also another win for the rapidly growing but still not profitable Hulu.

The company really broke out into original content last year with Elisabeth Moss’ The Handmaid’s Tale, which claimed the streaming industry’s first-ever Best Drama Emmy. But to cement the company’s growth, Hulu is going to need successive hits. As such, the streamer has some very intriguing upcoming content, including the Stephen King-inspired Castle Rock and the Sean Penn-led space drama from House of Cards creator Beau Willimon.

No premiere date for Little Fires Everywhere‘s eight-episode season has been announced. 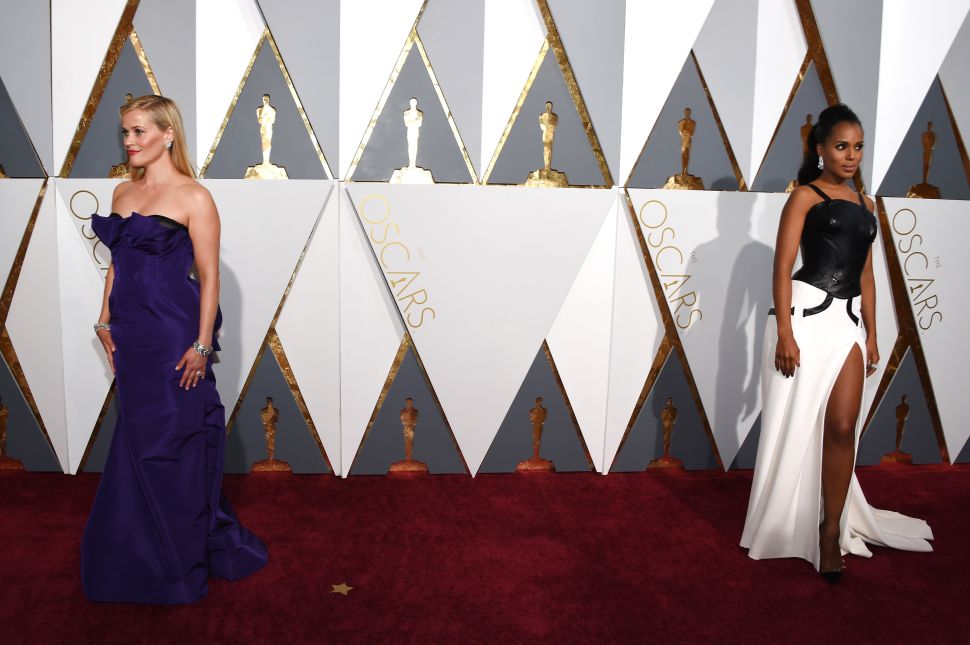