Remington was once among the nation’s largest gun and ammunition makers—it was founded in 1816, when there were only 19 U.S. states. But due to sliding sales and mounting debt, the company announced over the weekend that it was filing for bankruptcy.

The Chapter 11 filing by Remington Arms and its parent company Remington Outdoors was published on the website of the United States Bankruptcy Court in Delaware late Sunday night.

Remington reportedly has between $100 million and $500 million in assets and the same range of debt. It announced its initial debt restructuring on February 12, and the Parkland school shooting two days later only made things more difficult.

The company will continue to operate while under bankruptcy protection. Since 2007, Remington has been owned by private equity firm Cerberus Capital Management, which combined it with several other gun manufacturers to form the so-called “Freedom Group.”

One of the main reasons for the sales downturn was ironically the election of President Donald Trump. During his campaign, Trump claimed that “Hillary Clinton wants to take your guns away and she wants to abolish the Second Amendment.”

As such, gun enthusiasts began stockpiling rifles in fear of a Clinton victory. But after Trump won, sales cooled—consumers likely thought a president who was endorsed by the National Rifle Association wouldn’t infringe on their rights.

Remington is facing several legal battles as well. One class action lawsuit claims the company’s triggers are defectively designed and can discharge even if they’re not pulled.

The company has also been under increased scrutiny since the Sandy Hook Elementary School shooting in Newtown, CT. The gunman used a Remington assault rifle to gun down 20 students and six faculty members (a similar weapon was used in the Parkland shooting).

Families of the Sandy Hook victims sued Remington, claiming the manufacturer bore some responsibility for the attack. The NRA countered that allowing the case to move forward would “eviscerate” gun companies’ legal protections.

While Remington was cleared of wrongdoing, the protracted legal battle caused many investors to divest from the company. Remington was forced to borrow heavily in order to buy out investors who wanted to leave.

Remington has not responded to an Observer request for comment. 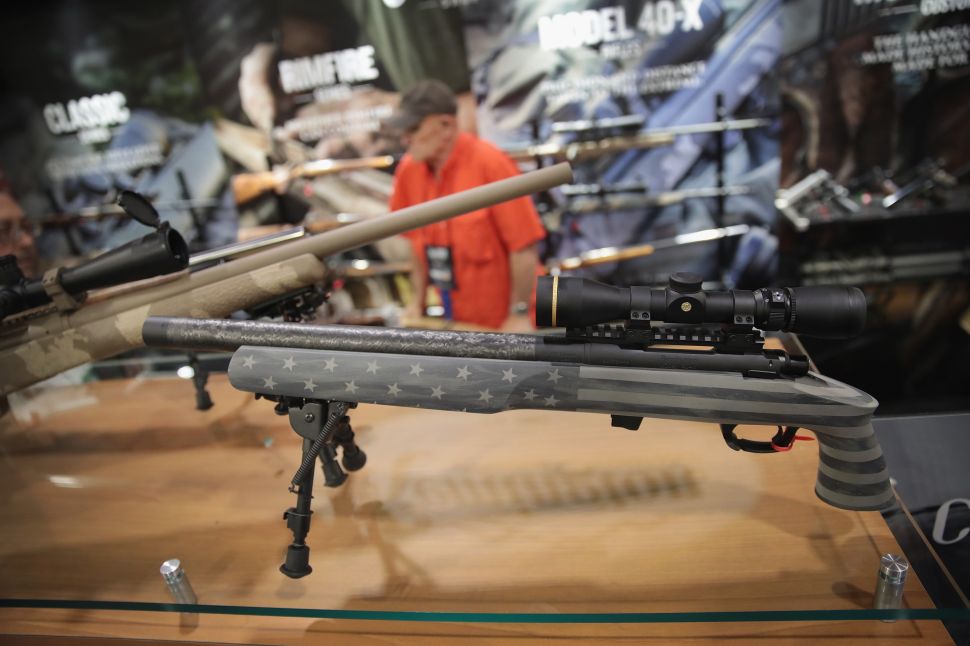