As a Republican staffer who has worked for five U.S. Senators and has been involved in politics my whole life, I can’t figure out why the House and Senate Republican leadership is trying so hard to lose their majority. They repeatedly break promises, appear to be incompetent legislators, and have implemented only a fraction of the ideas they promised would become law. This Republican Leadership is an embarrassment.

I have great respect for some House members, like Reps. Thomas Massie (R-KY), Jim Jordan (R-OH) and Justin Amash (R-MI), and some senators, like Sens. Mike Lee (R-UT) and my former boss Rand Paul (R-KY). The problem is that the once great members, like Speaker of the House Paul Ryan (R-WI), and some of the Old Bulls in the Senate have lost their way. They seem more intent on avoiding conflict, sticking their head in the political sand, and blaming President Donald Trump and congressional conservatives for their lack of accomplishment.

The Omnibus appropriations bill is a great example of why Republicans will lose this fall.

Let’s start with the core issue of process. Leadership went behind closed doors and cooked up a $1.3 trillion dollar bill loaded with funding for liberals, like the National Endowment for the Arts (NEA), and legislation on cloud computing, gun control and tax changes. They also threw in some cash for Trump’s wall. Republicans have seemingly given up on cutting spending because this bill is a budget buster that will add bigly to our $21 trillion national debt.

The process of passing the bill should have been transparent and open, allowing the American people to weigh in and providing time for extended hearings, markups, and open debate on the House and Senate floor. At the end of the process, even those who oppose the legislation should feel like they had a fair opportunity to voice their opinion and change the legislation. This was not the case with this 2,232 page bill, which was sprung on the House the night before members were expected to vote on it.

Back in 2009, Republicans made this promise: “While Democrats continue to plot a government takeover of health care behind closed doors, Republicans are leading an unprecedented effort to bring much-needed sunlight and transparency to the process by which bills become laws. A group of freshmen House Republicans held a news conference yesterday to highlight GOP transparency initiatives, including ‘read the bill’ reform that would require all bills to be posted online for a minimum of 72 hours before they are brought to a vote… For his part, House Republican Leader John Boehner (R-OH) stated yesterday that ‘all of these open government and transparency issues that we’re offering are rules we will live by once we’re in the majority.’” These were empty promises, because when the rubber hit the road, it was all BS.

Secondarily, this bill violates core ideals of the Republican Party by expanding gun control and keeping in place many liberal big government priorities. The so-called “Fix NICS” bill is gun control plain and simple. In typical D.C. fashion, politicians want to do something to feel better, but the solution doesn’t solve the problem. According to Gun Owners of America, “The dirty little secret of NICS is that hundreds of thousands of people in the database are law-abiding Americans who did nothing wrong, unless you count ‘service to your country’ and/or ‘speeding.’” The essential problem with Fix NICS is that it does not provide sufficient due process protections. Rep. Massie spoke in the House Rules Committee last night of an elderly veteran who lost his gun rights because he allows his wife to manage his finances and was declared incompetent by a government bureaucrat. Republicans would turn off their base this fall if they trumpeted that they expanded gun control and brought the country one step closer to closing gun shows and banning so-called assault weapons.

Worse yet, Republicans busted the budget caps with this bill. They claim they want more money for defense, but they blew up the sequester that imposed fiscal restraint on Congress. Now we can expect Republican-lead $1 trillion dollar annual deficits as far as the eye can see. This will feed into the narrative that Republicans are bad stewards of taxpayer money—they cut taxes but increased spending.

Finally, this bill is a Democrat-lite production. Daniel Horowitz of Conservative Review writes, “Rather than spending the weeks leading up to the budget deadline outlining their vision for the country in terms of spending priorities and policies, the GOP used the time to promote the possibility of including a number of Democratic priorities.” Horowitz continues, “Taken in totality, this bill validates, legitimizes, and codifies the world view of the Democrats, only with slightly less enthusiasm. Which is why the Democrats are crushing Republicans in turnout so far this election season. This bill will essentially end Republican control of Congress.” This bill is conclusive evidence that House and Senate Republicans are whistling by the political graveyard, because they seem to be unaware that the content and means they used to pass this bill will turn off their base.

This is the bottom line: If you are a conservative voter and your party just passed a bill that funds a number of liberal priorities while busting the budget, would you bother to knock on doors for them this fall? Nope. 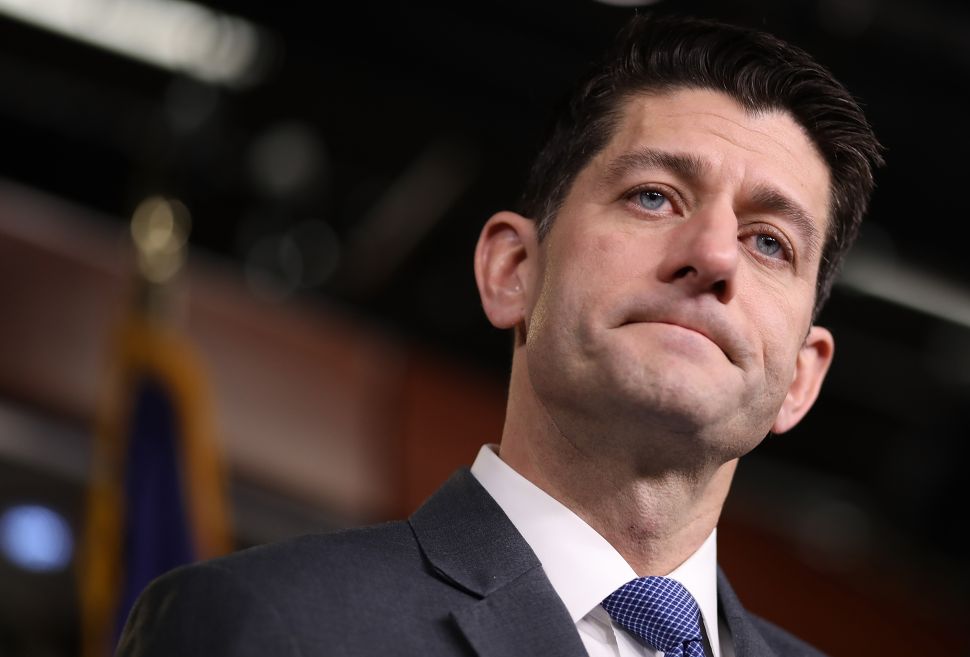