The fifth feature-length adaptation of the 1928 play Journey’s End, a classic anti-war drama by R. C. Sherriff, based on his first-hand experiences in World War One, honors the text and features a fine ensemble of British actors that includes Sam Claflin, Paul Bettany, Toby Jones, Tom Sturridge and Asa Butterfield, but it proves that not every work for the stage translates strongly to the screen. By resisting the temptation to “open up” a one-set play to meet the requirements of a movie, director Saul Dibb and screenwriter Simon Reade have opted to film the play without any of the modern embellishments that keep audiences awake and prevent them from reaching for their cell phones to check text messages.

First produced in London in 1928 with a 21-year-old Laurence Olivier, it played for only two nights before transferring to a larger West End venue where it ran for two years under the direction of the legendary James Whale and starring Olivier’s replacement, Colin Clive. Both men went on to strike movie gold together with Frankenstein. Set in 1918, in the fourth year of the war, the almost plotless narrative centers on the dreams, fears and daily routines of a group of British soldiers in the trenches of Northern France, waiting for a German offensive that promises to attack with violent force, and unsure of what will happen next. Their chances of survival are slim, but they soldier on, trying to sleep with the sound of artillery fire growing closer by the hour, talking about memories of home, fighting off fears of cowardice and death fortified by slugs of whiskey and pots of tea.

The newcomer is a young commissioned officer named Raleigh (Asa Butterfield) who enlisted to fulfill his dream of serving under his sister’s romantic, heroic boyfriend, Captain Stanhope (played by England’s hottest new movie icon, Sam Claflin). In the darkness and deprivation of the British army depot, things look different than they did around his family’s dining table at home. Stanhope is shell-shocked, subject to fits of depression, melancholy and rage.

Using low-wattage half-light to frame the soldiers in anxious profile, the film alternates between quiet, reflective emotional encounters between the men as they try to re-define bravery under stress, and savage outbursts that reveal what they really feel in their hearts and minds. The one significant action sequence that always takes place offstage in the play, is hurriedly staged in confusing, quick “takes” that leave no impact. It’s inevitable that both the unit’s “friendly uncle” of an officer as well as the idealistic young classroom-trained enthusiast who slowly becomes painfully disillusioned in the heat of actual war, will fare badly.

But that gives the hardened Captain Stanhope a chance to show both sides of his disintegrating persona—savagely harassing his men one minute, then caressing them in his arms with affection for reassurance the next. Claflin, who was wonderful in both the remake of My Cousin Rachel and the riveting Their Finest (last year’s best film about Dunkirk), is a magnetic combination of brawn and tenderness.

Working in long camera movements that enlighten the shadowy corners of the dugout as well as the emotional turmoil of the men, the director does achieve a kind of creeping claustrophobia that fills the screen with impending dread, but the submissive tone and moody exchanges between officers in peril worked better onstage in the recent Broadway revival. Journey’s End is still worth another look, but the story has been told too often its urgency seems worn, and as anti-war film, it has none of the corrosive impact of Stanley Kubrick’s Paths of Glory. 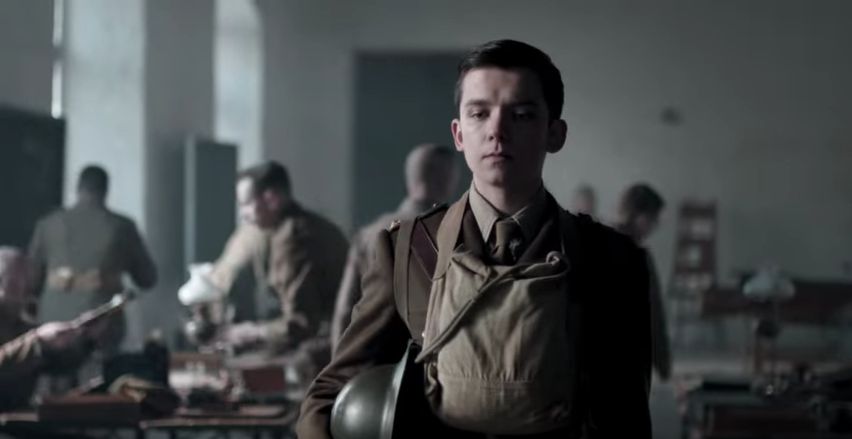