After private Twitter messages between Roger Stone and Wikileaks were published by The Atlantic—despite denials from both parties that direct communication ever occurred—the former Trump advisor is teasing a deep-state conspiracy.

“[Their release] raises questions of whether I was hacked or under secret FISA warrant surveillance as reported by The New York Times,” Stone told Observer via email.

The Times article Stone referenced from last year detailed the FBI’s surveillance of former Trump campaign officials as part of its investigation into possible collusion with the Russian government. Stone was listed as a campaign advisor targeted by intelligence agencies, along with the president’s former campaign manager Paul Manafort and advisor Carter Page.

Republicans helmed by House Intelligence Committee Chairman Devin Nunes (R-Calif.) have since launched a crusade to discredit the FBI and other intelligence agencies.

Although Wikileaks published over 20,000 emails hacked from the Democratic National Committee’s (DNC) servers, Stone denied knowing anything about the cyber-attack in advance.

Despite ominous predictions he made on Twitter publicly ahead of the hack, Stone insisted he was referencing the release of the Panama Papers—another massive leak in 2016 against a Panamanian law firm—rather than the Wikileaks cache.

“The direct messages leaked to The Atlantic were truncated and thus out of context but are none the less exculpatory,” wrote Stone, noting “the complete exchange” with Wikileaks occurred four weeks after the organization had published the DNC emails.

Referring to the exchange as “a selective leak of a doctored screen shot,” Stone reasserted that he had turned over all of the messages to the House Intelligence Committee months prior.

“All of this is evocative of a similar limited exchange I had over Twitter direct message function with someone claiming to be Guccifer 2.0,” said Stone, referencing the actor accredited with launching the DNC attack. “I once believed his public claim that he had hacked the DNC and provided the hacked material to WikiLeaks. I no longer believe that he did so or that he is, in fact, a Russian asset as I testified for the Committee.” 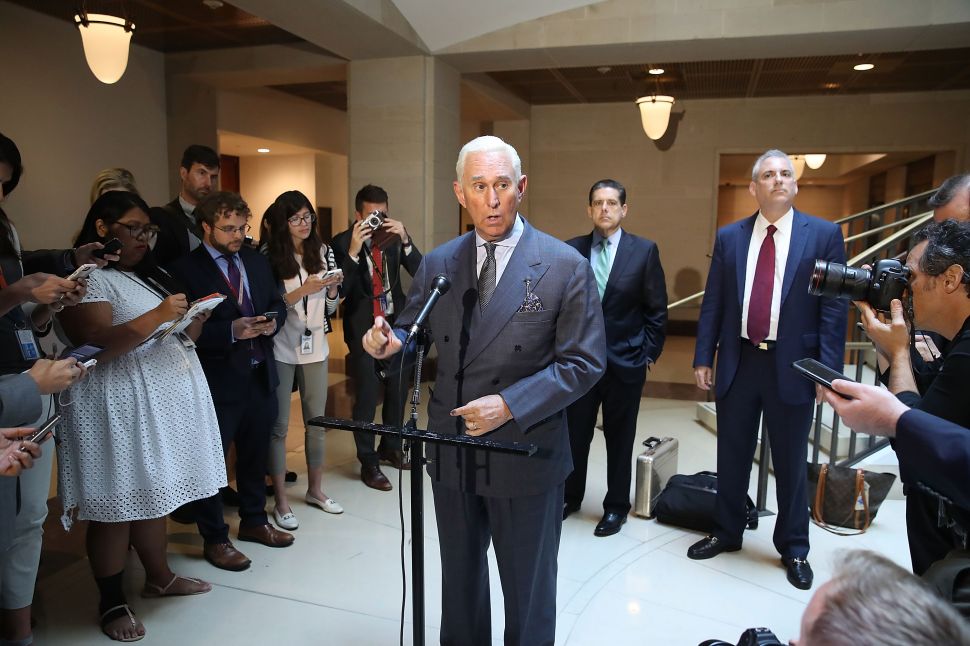