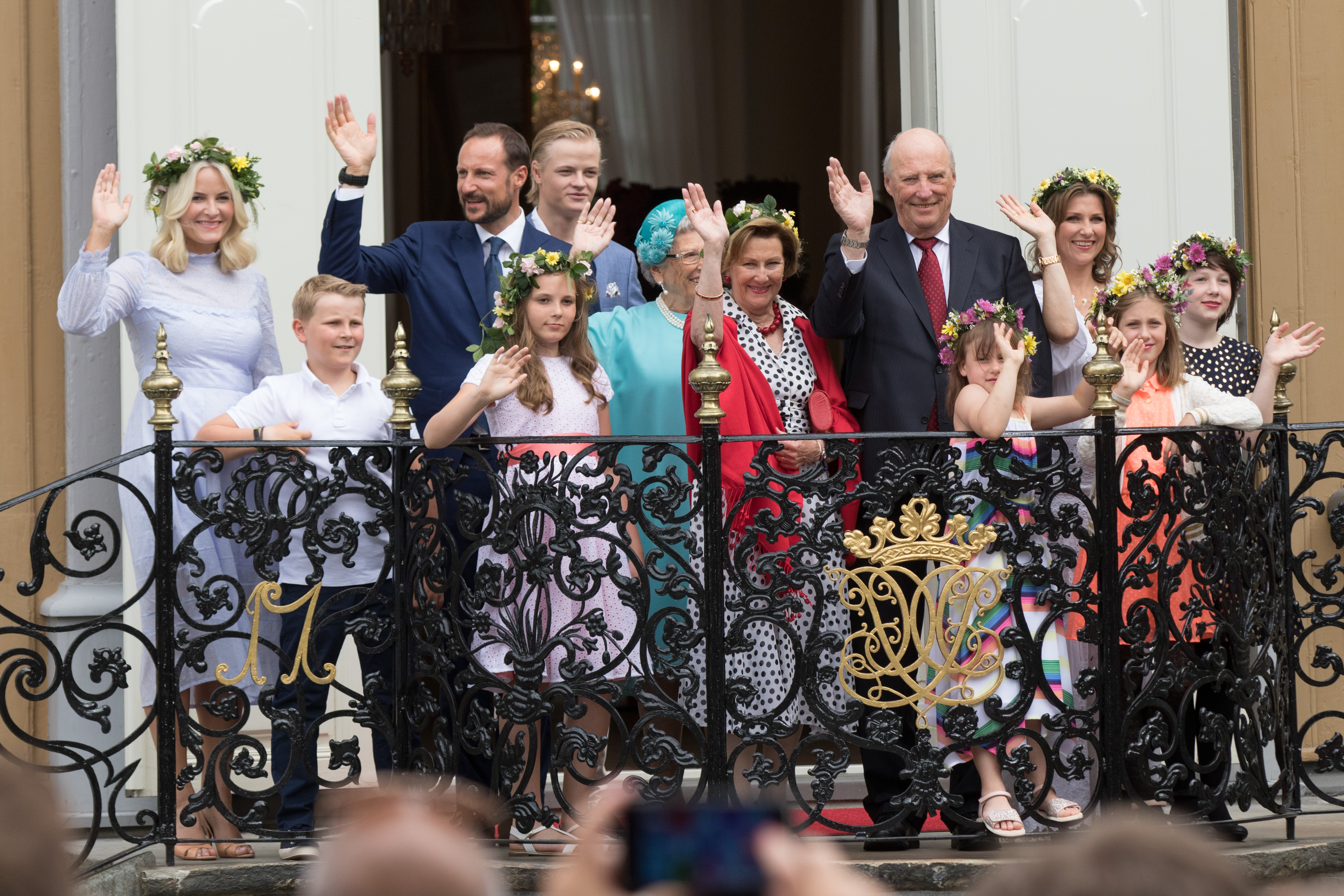 Being a royal means you have money with your face on it, an endless selection of glittering tiaras to choose from (or fascinators, if that’s more your style) and the ability to plan the most elaborate, expensive wedding of your wildest dreams. So why do some royals give it all up for life as a normal person?

Of course, the most infamous royal to renounce his title was King Edward VIII, who abdicated the throne when he married rebellious American divorcée Wallis Simpson, leading up to The King’s Speech. After that particular scandal, complete with controversial Nazi ties, fewer royals have given up their titles to live as commoners.

Still, some notable royals were forced to renounce their titles after marrying commoners, or simply left public life behind in search of privacy. 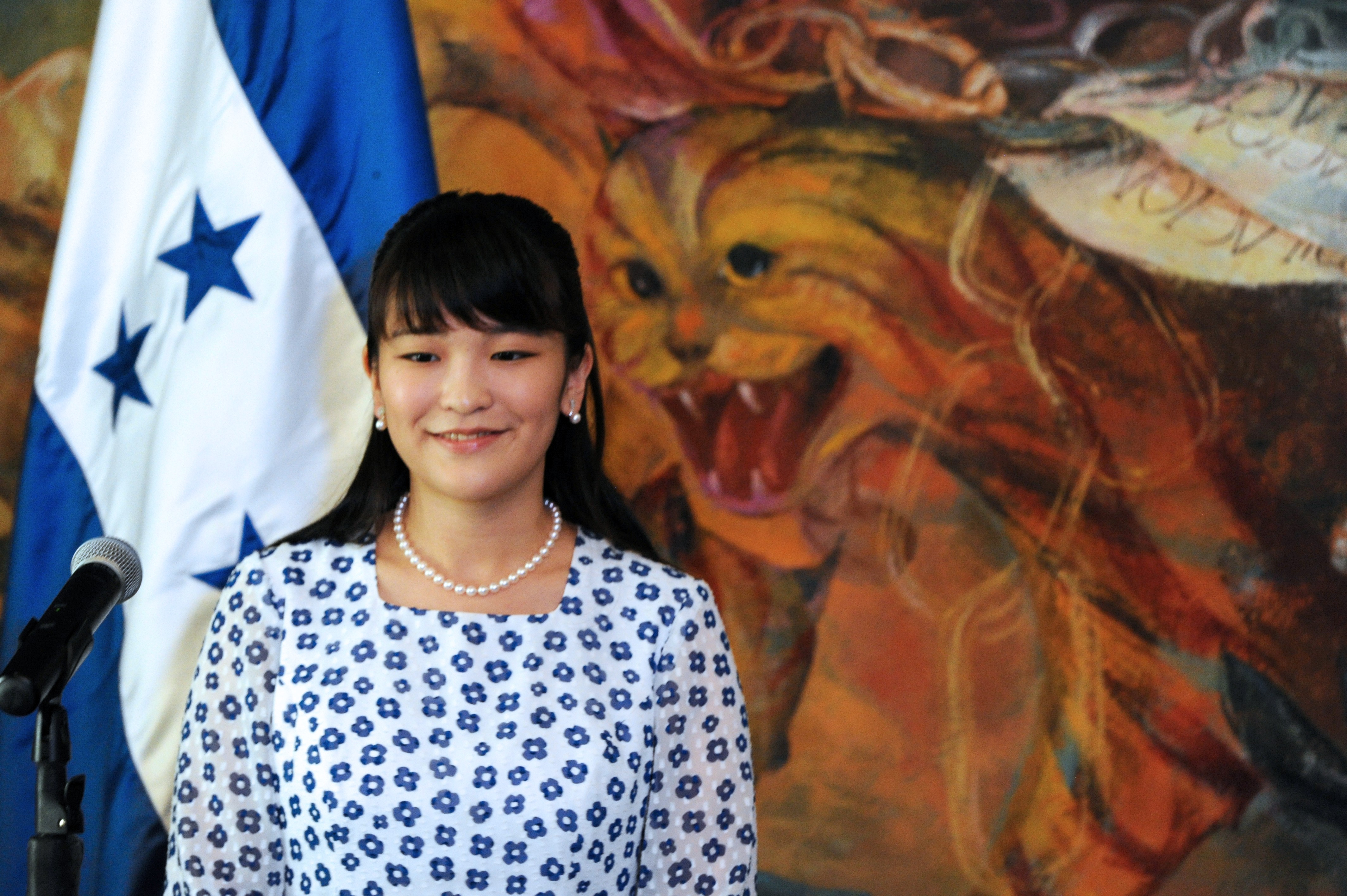 Japan’s Princess Mako will lose her title if she marries a commoner.

Due to a centuries-old Japanese law, Japan’s Princess Mako will be forced to give up her title in 2020—that is, if she actually goes through with her wedding to Kei Komuro, a mere commoner. The princess scandalously postponed her engagement earlier this year.

The longtime couple issued a statement and announced they weren’t ready for marriage because of their “immaturity.” They’ve been together for five years, after meeting at the International Christian University in Tokyo.

Their delayed engagement has led to multiple rumors, including everything from their stated immaturity to the royal household’s lack of funds. One reason for the postponement might be because Princess Mako will lose her royal status after they get married, which would deter anybody. 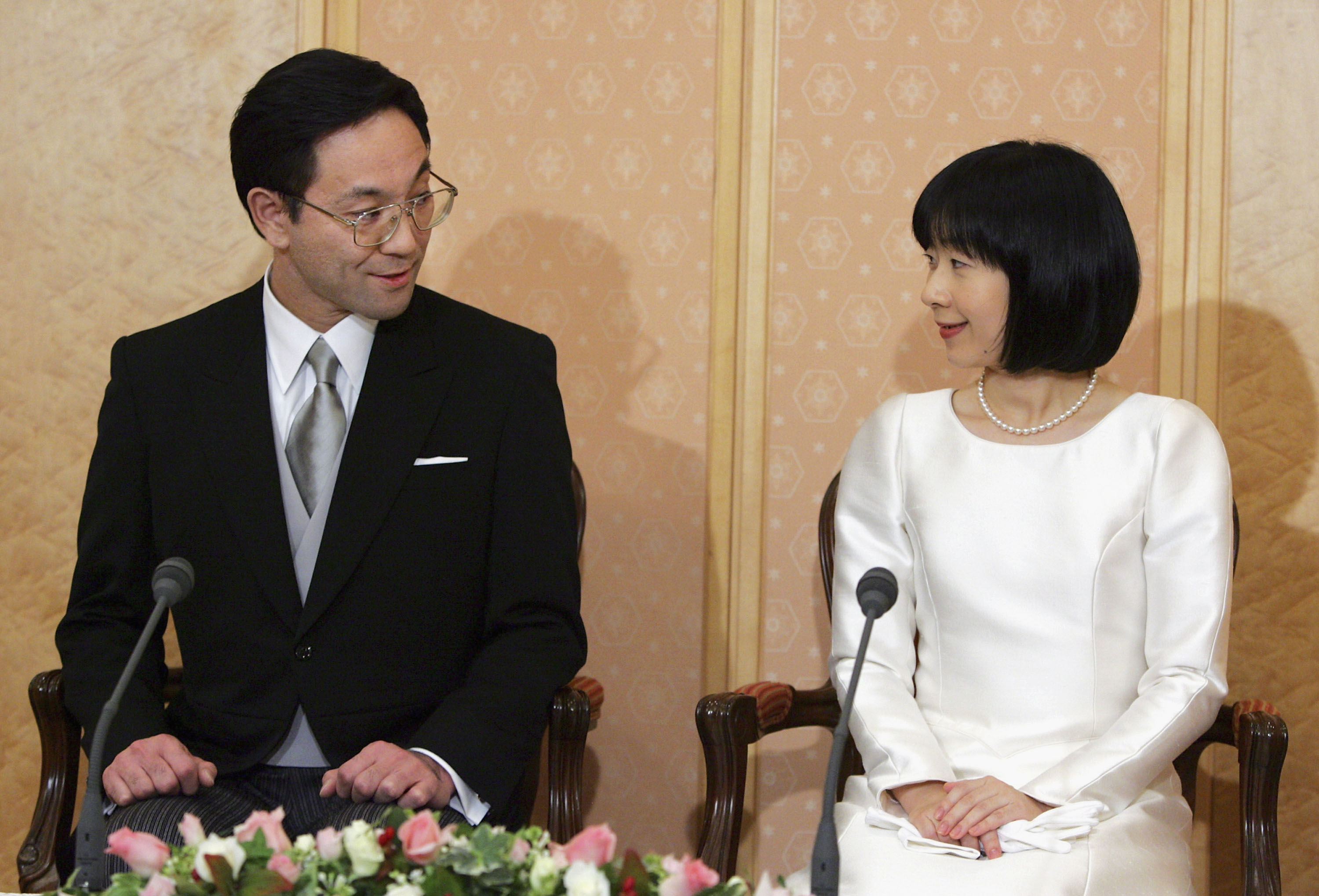 Princess Sayako married Yoshiki Kuroda in 2005 in a private ceremony.

Before Princess Mako was set to lose her title, her aunt gave everything up for love. Twelve years ago, Princess Sayako,, the only daughter of Emperor Akihito, married a commoner and officially left the imperial household. By leaving royal life behind, she gave up her allowance, but now she can vote and pay taxes, so it’s a trade-off…albeit a mostly negative one.

After she married 40-year-old urban planner Yoshiki Kuroda in a simple ceremony, her life was a decidedly humble one. She learned how to drive, began grocery shopping and moved into a one bedroom apartment. Maybe Princess Mako doesn’t want to follow in her footsteps. 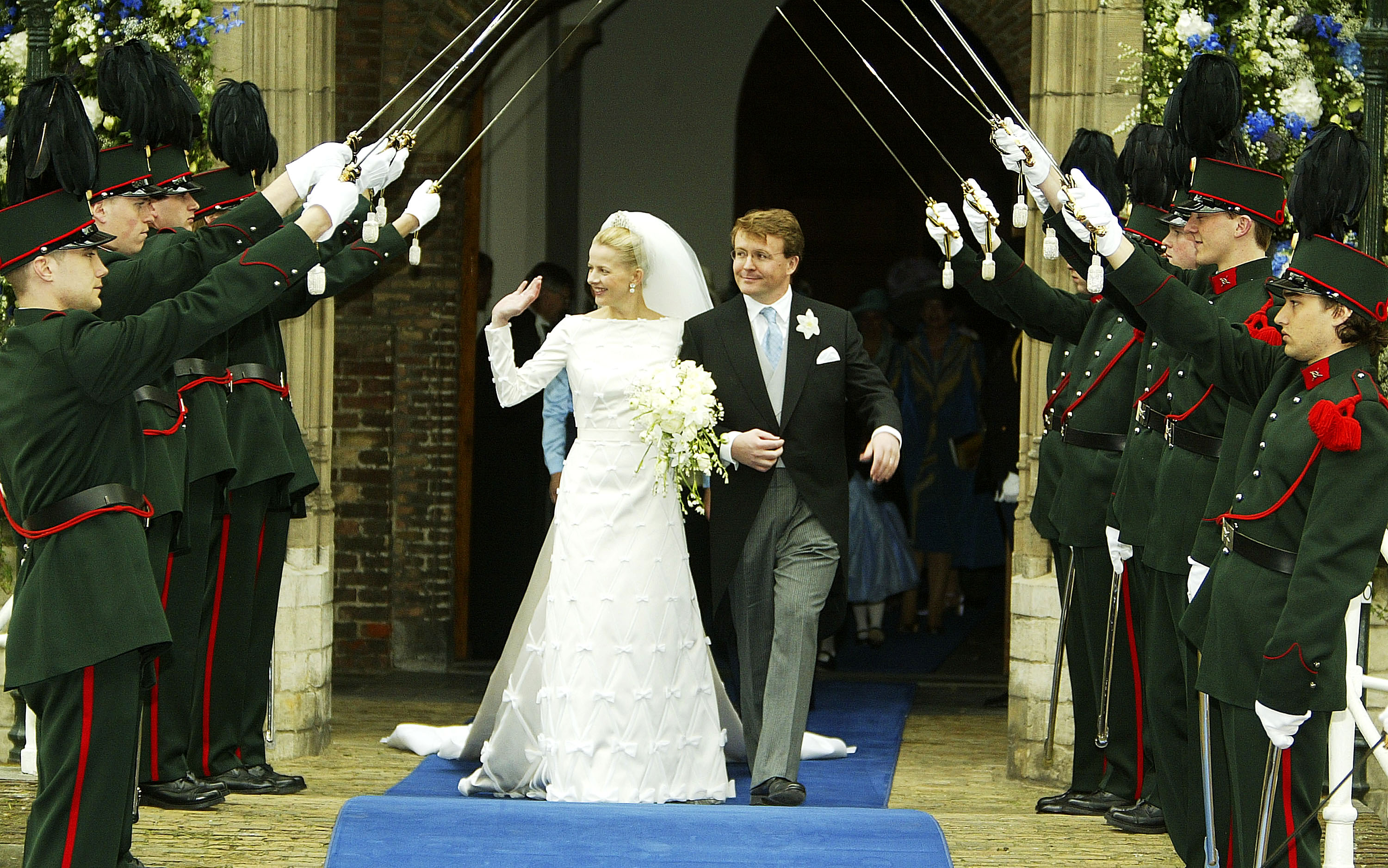 Dutch Prince Johan Friso gave up his rights to the throne after a scandal involving his betrothed. He was set to marry Mabel Wisse Smit in 2003. While they were preparing to wed, she was vetted by the royal family and did not disclose enough about her relationships with a drug baron, who just so happened to be one of the country’s most infamous criminals.

He eventually married Smitin without parliamentary approval, which meant he was removed from the line of succession, although he kept his honorific title. He tragically died after complications from a ski accident in 2013, leaving behind his wife and daughters. 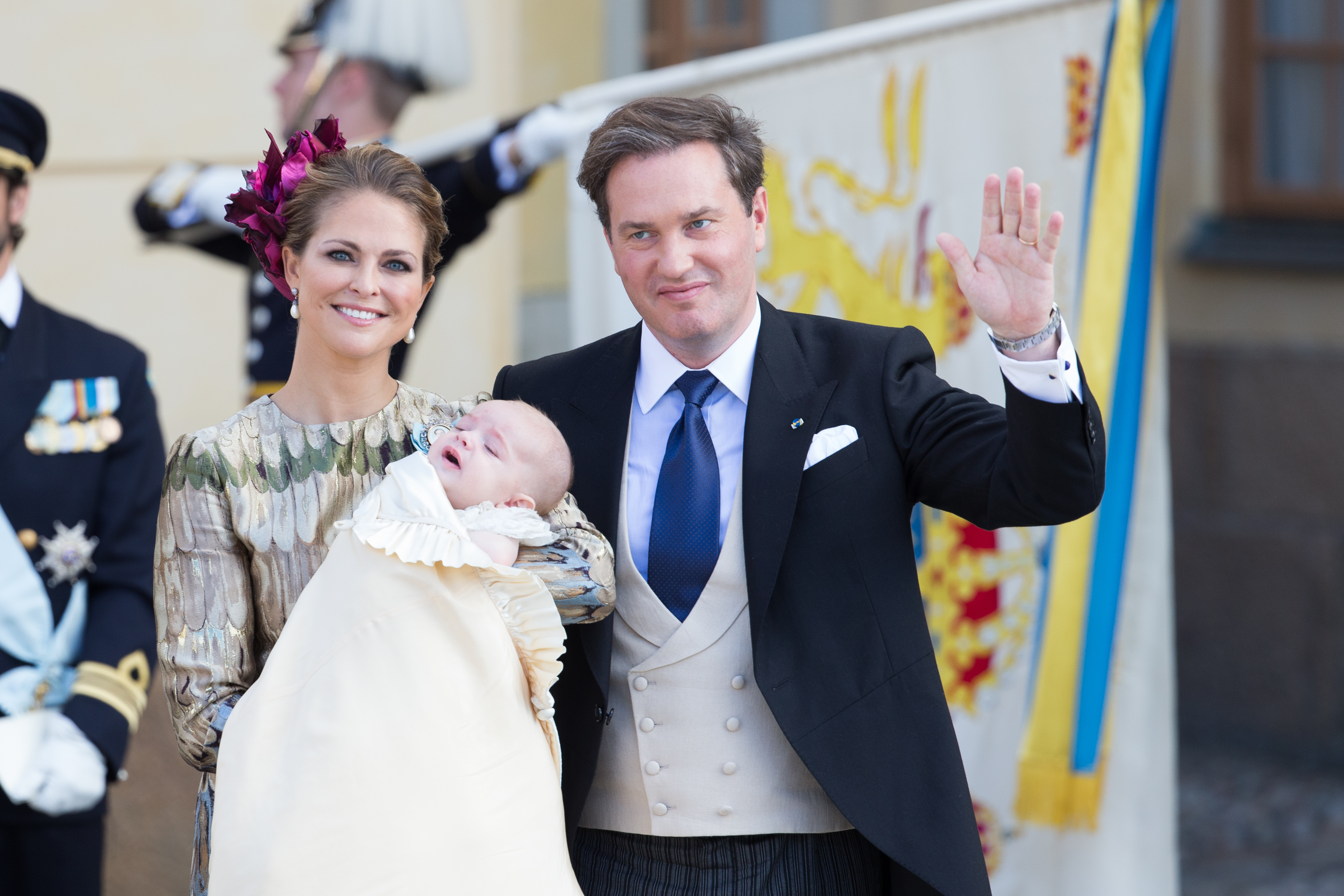 Princess Madeleine hasn’t given up her title, but her children could lose theirs if they continue to live in London. The princess and her formerly New York-based husband, Christopher O’Neill, are raising their three children in England where they can lead a private life. But if their three children never return to Sweden, it could lead to them losing their titles.

According to historian Svante Lindqvist, a Marshal of the Realm to the Swedish Royal Court, the young royals are expected to attend school in Sweden so they can master the language. 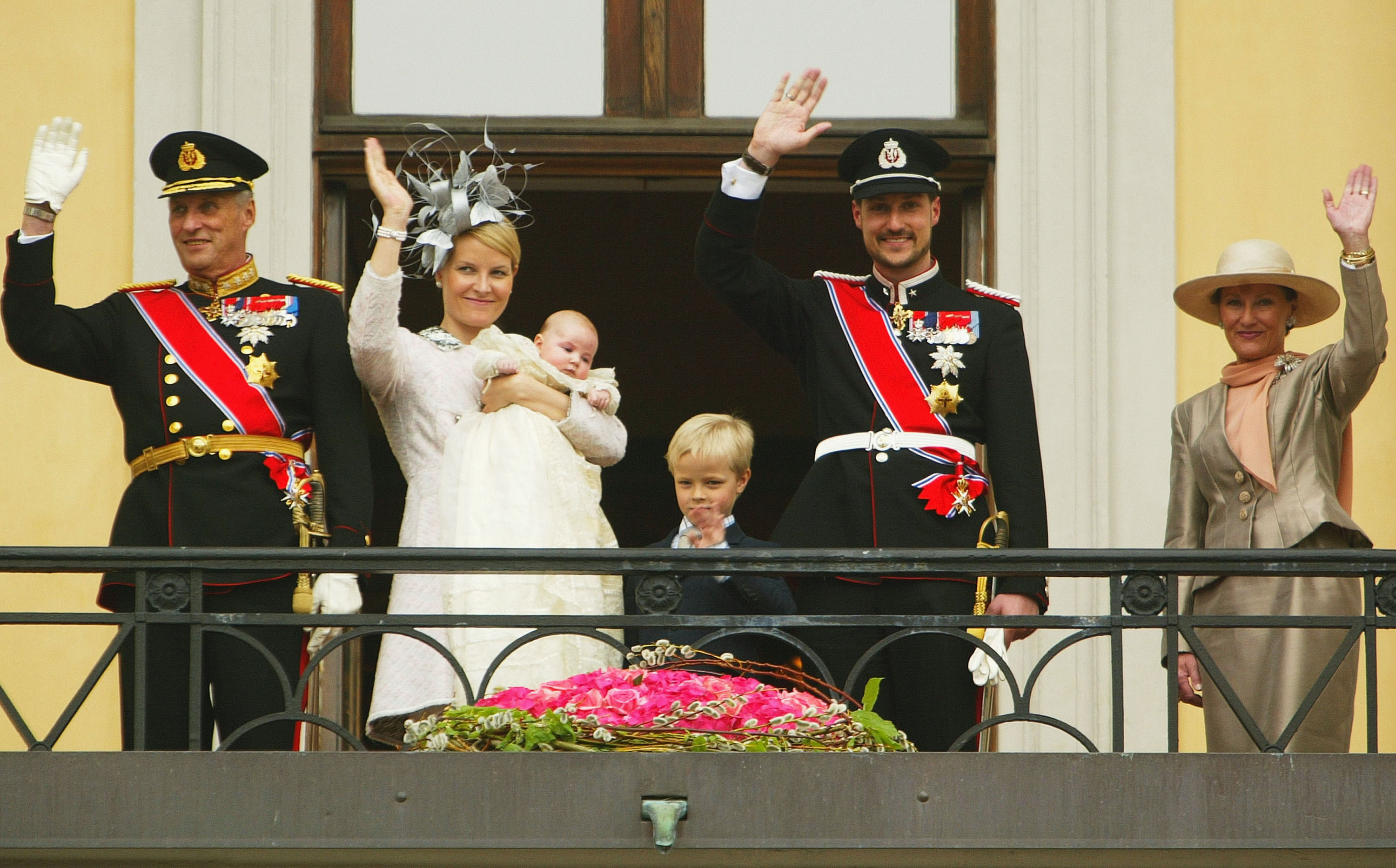 Marius Hoiby was raised as a member of Norway’s royal family.

Before Crown Princess Mette-Marit married into Norway’s royal family, she led a rebellious life, complete with linking up with a wildly inappropriate gentleman. She dated and had a child with Morten Borg, who was arrested and convicted of cocaine possession in the early ’90s.

Their son, Marius Borg Høiby, wasn’t born royal, he was thoroughly embraced by his mother’s new husband, Haakon, Crown Prince of Norway and the rest of his family. He didn’t receive a title, but he was considered a bonafide member of the family. Before he left for college in California, the 21-year-old officially left public life, breaking the news with a statement made by Norway’s Royal Palace. “Høiby will not conduct any official activities on the Royal Family’s behalf,” the release read.

His pages were removed from the royal website because he wanted to “live outside the public eye.” His mother clarified the news, writing “Marius is, and will continue to be, a vital member of our family. He has always had a public role that has been very difficult to define,” especially since he has no official duties.

Since then, he’s stayed out of the news, but he does have an active social media presence. While he didn’t technically lose his title for love, he’s certainly more likely to find it now that Norwegian tabloids aren’t following him everywhere. 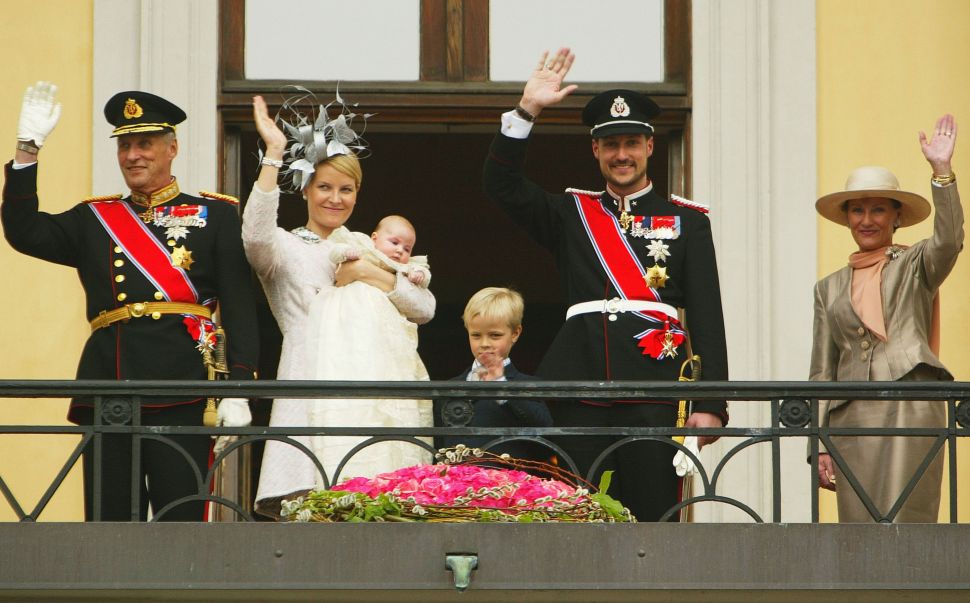