Sallie Krawcheck and Alexandra Lebenthal are passionate advocates for women on Wall Street, but they’re also realists when it comes to being a woman in a male-dominated field.

“For the most part, we like to look out for each other and be nurturing,” Lebenthal said, “but unfortunately, you do have to be out for yourself to a certain extent if you’re going to make it up the ladder.” In other words, regardless of gender, Wall Street is still a kill or be killed environment.

These women know a thing or two about thriving and surviving among the suits. Krawcheck, the co-founder and CEO at Ellevest, a financial investment tool positioned to help women, formerly held positions as CFO of Citi Group and CEO of Merrill Lynch. Lebenthal recently stepped down from her role as CEO of Lebenthal & Co., a family-owned business started by her grandparents in 1925.

On Tuesday, Lebenthal and Krawcheck sat down with Observer in the green room at the UJA i3 conference, to shed light on Wall Street’s gender inequality problem—and why we don’t hear more about it.

Jumping right in, how has the #MeToo movement affected Wall Street?

Alexandra Lebenthal: This may sound perverse to say, but I’m disappointed that more stories about sexual harassment on Wall Street haven’t come out. It’s not as if this is an industry where everyone has played nice and men have not been in utter and complete control of power. For some reason, it’s just taking a much longer time. I think it will ultimately come out, but I have yet to see our #MeToo movement.

Sallie Krawcheck: The reason we haven’t had that big moment is because there’s not a Harvey Weinstein [in finance]. Harvey was particularly well positioned to make women stars and there was no oversight. But what is the head of the trading desk going to do? Say, ‘Hey honey, I’ll send you the best trades?’ Wall Street firms, say what you will, have professionalized HR departments who generally, in my experience, are all over this type of thing. So that doesn’t mean it doesn’t happen, there’s plenty of it, but it doesn’t have that same type of singular harasser that has been a catalyst.

Women who work on Wall Street are well educated and while not paid equally, are still well paid. Why haven’t more come forward to talk about the wage gap?

Lebenthal: Wall Street is the most testosterone-laden environment you can be in. And there just haven’t been enough women in the field. Female financial advisors [that are the heads of brokerages] are still hovering around 14 percent. It’s a similar thing with female financial planners. So there just aren’t enough of us to make a difference.

Lebenthal: True. The one thing that gives me hope today, is that you have women in jobs outside of wealth management that I don’t think they would have had 15 or 20 years ago. You do have women running investment banking at different organizations and I think that is a good sign. But, we aren’t where near where we’d like to be; we have yet to see a woman be head of a major bank.

Krawcheck: I do not share Alex’s optimism on the progress of women. And I think it’s hard for people who don’t know Wall Street to name any senior females. But I don’t know any women who are on deck to be the next CEO. Wall Street had something of a #MeToo moment with “the boom-boom room” moment in the ‘90s. Yet, despite hundreds of millions of dollars in settlements and payments to increase gender diversity, we are worse off than before. Morgan Stanley just announced their managing directors. There were 46 of them and only three were women. So that’s pulling the percentage down, not up, at senior levels.

What about diversity on Wall Street?

Krawcheck: Wall Street is less diverse today than it was before or during the financial crisis. This isn’t unusual for any industry that has gone through a crisis to become less diverse. What I have observed, because I was there, was an attitude of, “I’d love to promote Jane or Jamal, however, I just can’t take that chance right now.” So, one goes back to a comfort level of, “I want people around me who think and look and talk like me, who act like me and went to school with me, who was on my trading desk when I started…so I have that level of comfort.”

Alex, why do you think there aren’t more women in leadership roles?

Lebenthal: There’s still not enough of a pipeline to get women up there. There’s also not enough actual sponsorship of women. There’s no one saying, ‘Hey you should say you’re great, I’ve talked to management about you.’ A woman gets to a point where she’s getting married, wants to have children, and just says to herself, ‘I’m tired of fighting.’

Karwcheck: Quite simply, an object at rest stays at rest, and an object in motion stays in motion. If its ok to promote people like you, and you’re making plenty of money and your firm is making plenty of money and you’re working with people you like and getting rich, why would you change? These guys are making millions and taking Fridays off to play golf, why would they bother?

Yet, you two made it.

Lebenthal: My situation was unique. I was in an environment that was a family business and 30 percent of the employees were women. I had a grandmother who ran her own business in the 1920’s, who modeled that kind of perseverance and opportunity for me. The thing that I have been very lucky to have had was that I was in a family business where I could kind of see or do whatever I wanted, and I kind of grew up that way

It seems like a missed opportunity, if, as you said during your discussion that around 80 percent of women die single and are responsible for their own money at the end of their lives.

Krawcheck: Yes. I would argue that in the wealth management business, you change because you’re missing a vast market of investors: women. Except, again, I think change is going to come from female-led start-ups, like mine. We are a company by women, for women, funded by women, so we are forming a bit of an eco-system.

Have you ever faced sexual harassment at work?

Lebenthal: I did have an experience where the head of trading at Kidder, Peabody & Co. told me I had my head up my ass, and to tell my father that. And the next day, I went to my boss and said, ‘Unacceptable! I want an apology!’ But women in general, who have not grown up with that security and confidence, who don’t have the blessing I had of being able to go into a family business or to start their own business, do have to follow the hierarchy that exists.

Krawcheck: I once worked for someone who told me I didn’t work hard enough. I rather enjoyed reminding him of that years later, when he worked for me and I fired him. 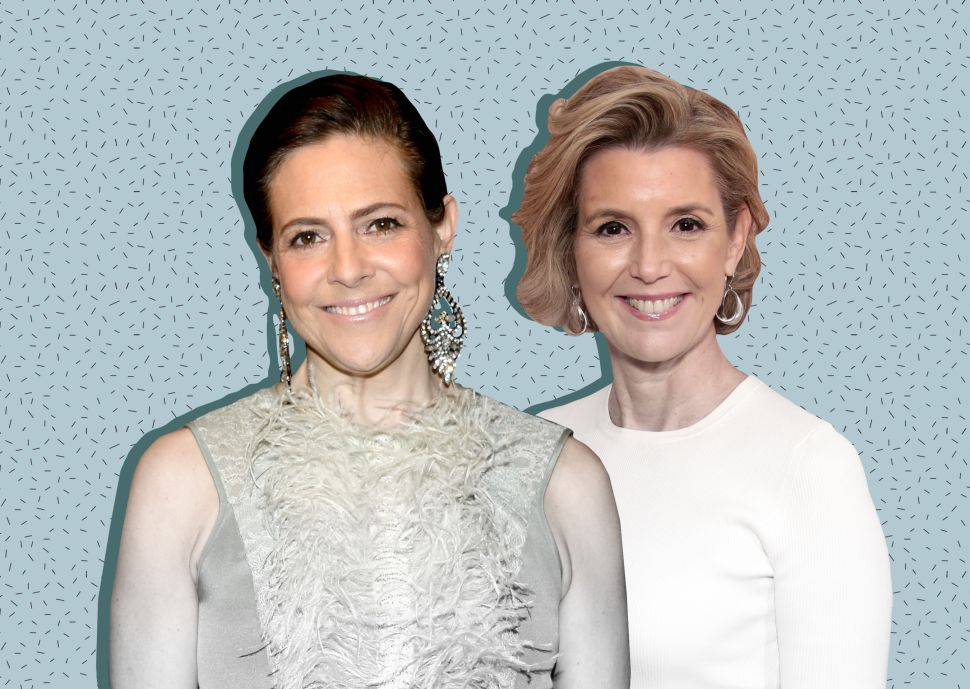