For years, futurists have been warning anyone who will listen about the impending robot uprising. It’s 2018 — so where are all the robots? Although we still don’t have robot butlers in every house, small, single-function robots are everywhere. The real question is, where are all the intelligent robots?

Industries have been using robots to assist laborers for more than three decades. Every modern factory relies on robots in assembly lines, while artificial intelligence programmers rely on much smaller robots to help them design better code. We have plenty of robots; they just don’t look like we thought they would.

Ask traditional laborers, and they will say that’s a good thing — justified or not, there’s been a fear that robots will sweep away many workers’ jobs. But an objective look at reality suggests that isn’t true. According to research from The Atlantic, the world doesn’t have too many robots and not enough work. In fact, we have the opposite problem: too much work, and not enough high-level robots to help with it.

Investors aren’t pumping the resources experts thought they would into advanced robotics, creating a gap in expectations of how robots will augment human productivity. So if the robot uprising hasn’t put Rosie from “The Jetsons” in every home, and it hasn’t taken all our paychecks, what’s next?

In the immediate future, the slow pace of robot adoption will accelerate, starting with heavy industry. Over time, these advancements will spill over into the consumer space, but before it does, society will need to answer some difficult questions.

Factories create ROI by maximizing their productivity and improving the quality of their products. These are deterministic tasks, which create natural opportunities for robots to integrate with and improve existing processes. Intelligent robots in factories can manage projects with higher variability at rapid speeds, freeing humans to step back and handle the more analysis-intensive jobs from a higher perspective. Combined with computer vision and artificial intelligence, these robots are already beginning to disrupt the industrial space. When this revolution of technology arrives in full, it has potential to change heavy industry in a way not seen since Henry Ford and his production line.

Outside big factories, where people live their everyday lives, cost-effective robots are on the horizon — but the horizon is a long way away. In areas such as agriculture and household tasks, robots must operate in uncontrolled environments. The costs and complexities of designing robots that can handle these more delicate tasks remain sky high. For now, these factors prevent even limited adoption of intelligent robots outside factory settings, because the ratio of cost to value doesn’t add up. When advances in efficiency and technology begin to reduce those costs, consumer robots will inch closer to reality.

The most popular example of robots assisting consumers — self-driving cars — are still further away than the 2020 mark predicted a few years ago. According to the Wall Street Journal, self-driving cars won’t hit the roads until 2025, and Mazda says none of its self-driving technology in that time frame will allow humans to completely take their hands off the wheels.

Most people would enjoy a little robo-assistance in their lives, but for now, they’ll have to let factories have most of it.

What Needs to Happen Before Consumer Robots

The steep cost of robots in the present has not diminished demand for them in the future, however. Developers of AI and intelligent machines continue to make strides, and 2018 promises to be a year of big discoveries.

Still, there are five major barriers to overcome before robots become mainstays in our living rooms:

Materials are expensive, but research and development (and the time of the people qualified to do those jobs) are even more so. Before our robot butlers learn to cook dinner, builders of robots will need to help price drops hit critical mass.

But for the average consumer, both of those numbers are still extremely pricey. Prices may be shrinking, but they will need to shrink more before robots become common household items.

Movies and TV shows like “The Terminator” movies have taught multiple generations that robots actively seek the destruction of humanity. That’s not a great start for widespread trust of machine assistants.

Some of these concerns are justified, while others are more irrational. For example, some people might find metal exteriors making autonomous decisions to be uncomfortable or even creepy. A valid feeling, but not a real reason to delay robot advancements. Others have more serious concerns, pointing to problems with morality and ethics. Self-driving cars will need to make quick decisions, and sometimes, they will have to choose who lives and dies.

Even if these new machines dramatically reduce the total number of road deaths, many people will remain uncomfortable leaving their fates in the hands of non-humans.

As covered by the MIT Technology Review, Isaac Asimov’s three laws of robotics don’t cover all the nuances of modern robot concerns.

Self-driving cars have faced scrutiny in areas like California, where these machines are regularly tested by tech giants, but what about intelligent robots in other settings — like war? Former President Barack Obama faced plenty of criticism for his use of drones in the Middle East. Where will laws begin and end when robots have some level of autonomy?

In more practical, immediate terms, how will trade unions protect their workers from potential robot replacements, and how many limitations should these unions be allowed to place on new technology? Unions rely on collective bargaining to share the benefits of new advancements, but some in the union world have vowed to oppose any usage of advanced technology by their employers. As robots become more common, these questions of right and wrong will appear regularly in employment discourse.

Should owners of robots be held accountable for the actions of their property? One report argues that no accountability would create no deterrence for future crimes, but if an owner argues a robot acted against his instructions, who is at fault?

Scientists heavily debate the definition of consciousness in non-humans. Some argue consciousness is a simple construct, defined by the ability to accept new information and process that information into perceptions and actions. Others say consciousness is unique to humans, with subtle nuances that separate us from machines. Defining robot responsibility will force humanity to define what “being human” really means.

Unlike humans, robots can be hacked. Industrial robots today follow modified versions of Asimov’s three laws: read physical inputs accurately and use those inputs to act; don’t execute self-harming logic; and, of course, don’t hurt people. What happens if someone hacks the machine to remove one of those laws? A hacker could commit murder by allowing a robot to harm a human or destroy valuable equipment by removing the prohibition of self-harm.

Already, tests show that many industrial robots operate under weak network security. The more responsibility we give robots, the more potential damage hackers and other security breakers can cause. To address these concerns, robots will need airtight security measures — another type of advancement that will require time to develop.

Looking to the Robotic Future

With the proliferation of the Internet of Things and sensors and the increasing maturity of AI and computer vision, some of these questions will demand answers soon. Industrial robots are spreading into retail, manufacturing, and logistics, and robots outside those spaces will use the experiences of the ones that came first to guide their paths. According to research from Loup Ventures, industrial robot demand will triple in under a decade. How long until consumer demand grows even higher?

As robots become integral parts of both work and home life, humans will be forced to answer some difficult questions. The future looks bright, but before we get there, we must acknowledge that robots will accompany us — and make the necessary preparations. 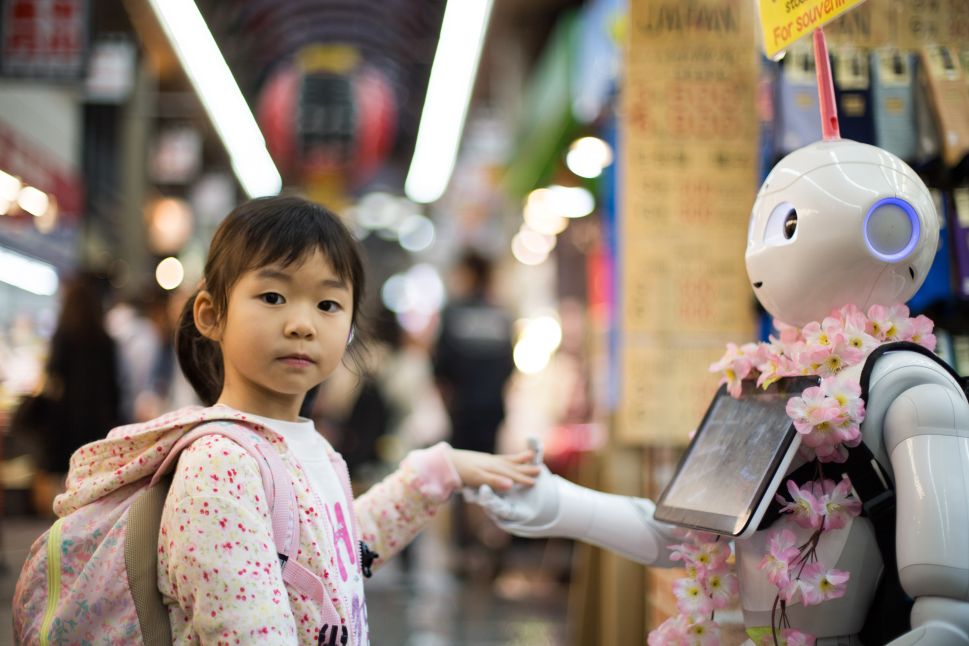