Stephen Hawking, who died today at 76, was known for many things—from his seminal theory on black holes to his good-natured appearances with John Oliver and One Direction fans.

But he also had some darker views on humanity and the end of the world. He floated several possible causes for human extinction, including fireballs, killer robots and Donald Trump.

Here’s a look at some of Hawking’s apocalypse postulates—and how at the end of his life, he brought science full circle.

Earth Will Turn Into a Giant Fireball

Last summer at a summit in Beijing, Hawking warned that global warming could turn Earth into a hot wasteland, with temperatures of 500 degreees Fahrenheit and sulfuric acid raining from the sky.

“By the year 2600, the world’s population would be standing shoulder-to-shoulder and the electricity consumption would make the Earth glow red-hot,” he said.

Humanity’s best bet is to leave Earth completely, according to Hawking.

But the risks of this technology outweigh the benefits, at least according to Hawking.

AI is the “worst invention of the history of our civilization,” he told Wired. “I fear that AI may replace humans altogether.”

Maybe Facebook and Google should reconsider their AI experiments.

Weapons of Mass Destruction Will Kill Us All

Hawking celebrated his 75th birthday last year by railing against human aggression. Such activity, in his view, lead to irrational actions like nuclear war.

“There is no sign of conflict lessening and the development of militarized technology and weapons of mass destruction could make that disastrous,” Hawking said.

In the same interview, Hawking said the best hope for human survival was independent colonies in space.

Donald Trump Hastened the End of the World

The 45h president made a historic mistake when he pulled out of the Paris Climate Agreement, according to Hawking.

“Donald Trump will cause avoidable environmental damage to our beautiful planet, endangering the natural world for us and our children,” he told the BBC in July.

The End of Hawking’s Life Was Similarly Unpredictable

Hawking had one more surprise for the universe at the time of his death.

Playwright and showrunner Warren Leight pointed out on Twitter that Hawking was born January 8, 1942, the 300th anniversary of Galileo’s death. He died March 14,2018, on the anniversary of Albert Einstein’s birth. 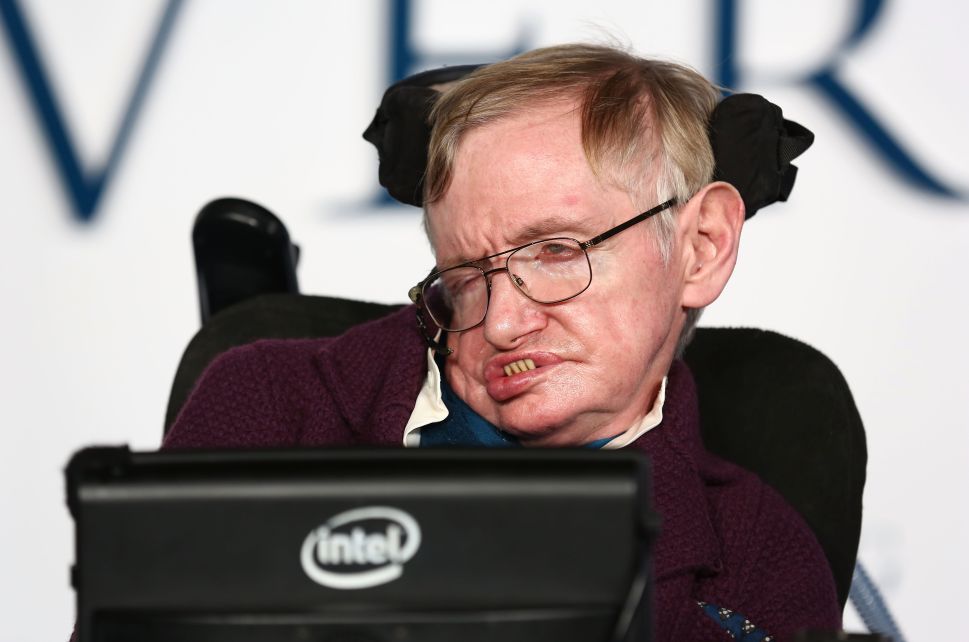