Daniels has been searched 3,000 times more in the first three months of 2018 than in the same period last year.

That’s largely because Daniels has been a constant presence in the news cycle. The first traffic spike came on January 13, when Daniels’ nondisclosure agreement with the president leaked. Many outlets also reported that Trump’s lawyer paid Daniels $130,000 to keep her quiet.

Traffic to Daniels’ videos also increased after her Jimmy Kimmel Live appearance, and when she revealed that she had sued Trump.

There was a distinct gender breakdown in these statistics. Men searched for Daniels during her interview—traffic was up between four and 10 percent both before and after 60 Minutes.

And there’s a chance that some of the traffic to Daniels’ videos is coming from 1600 Pennsylvania Avenue. Washington, D.C. has, by far, been the most popular spot for Stormy searches over the last three months, including a 10 percent increase in search traffic during the 60 Minutes piece.

“D.C. has Stormy on the brain, and we lust after what we see every day,” Hawkins said.

We've got @StormyDaniels GIFs for every conceivable mood, such as when you're served a cease-and-desist from a fictional person. https://t.co/fRdWexytEv pic.twitter.com/wY0XCj3DDL

Daniels may have competition from another Trump tryst, however. 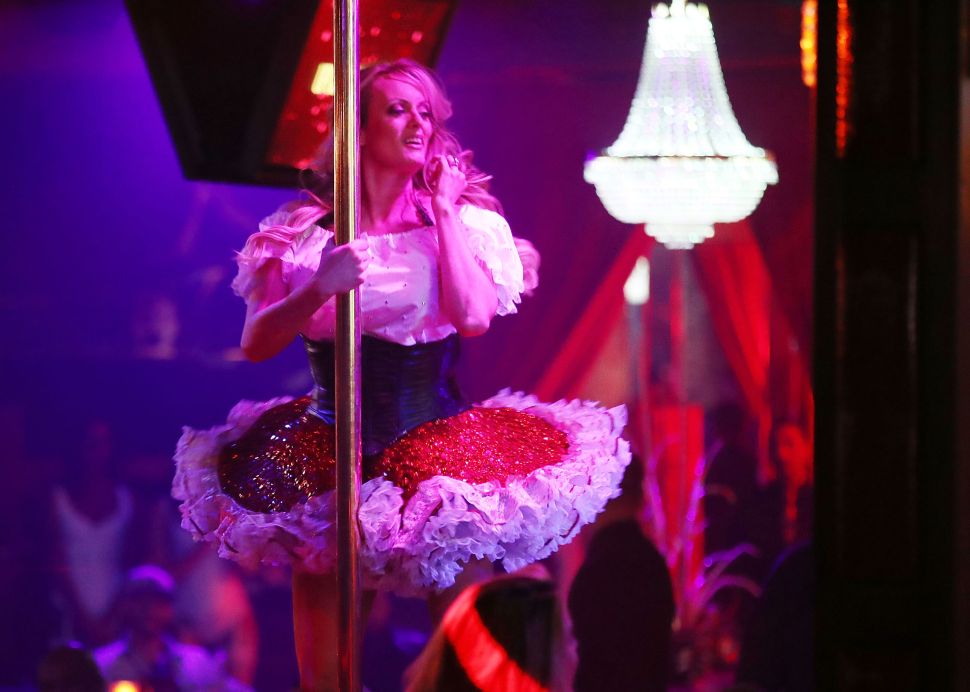