A post shared by Princess Madeleine of Sweden (@princess_madeleine_of_sweden) on Mar 11, 2018 at 5:39am PDT

It’s Monday and you know what that means: there’s a new royal baby to fawn over.

Unfortunately, you’ll have to wait a bit longer to meet the future sibling of sass icon Prince George, as this newborn is part of the Swedish royal family.

Princess Madeleine and Chris O’Neill celebrated their daughter’s birth on Friday with a quick snapshot. The baby was photographed by her father in her first official outfit: a pink sweater with a regal-looking ruffled collar. She joins her siblings, Princess Leonore and Prince Nicolas.

“We are delighted with the new addition to our family,” O’Neill said in a statement released by the palace. He also said the new baby “looks very much like when Nicolas was born,” which isn’t exactly a compliment. In his defense, most newborn babies do look alike.

The new royal’s name was announced this morning, during a meeting at the palace in Stockholm. Her official title is Adrienne, Duchess of Blekinge. Her grandparents, Carl XVI Gustaf and Queen Silvia, returned home from their ski holiday in the Swiss Alps, just in time for the announcement.

Princess Madeleine is currently seventh in line to the throne, following her two older siblings and their children. That makes her brand new baby 10th in line—as long as the family moves back to Sweden at some point.

The princess has already posted a picture of her baby on Instagram, proving she’s a thoroughly modern royal. It’s a logical move, as she did announce her pregnancy with a Facebook status. 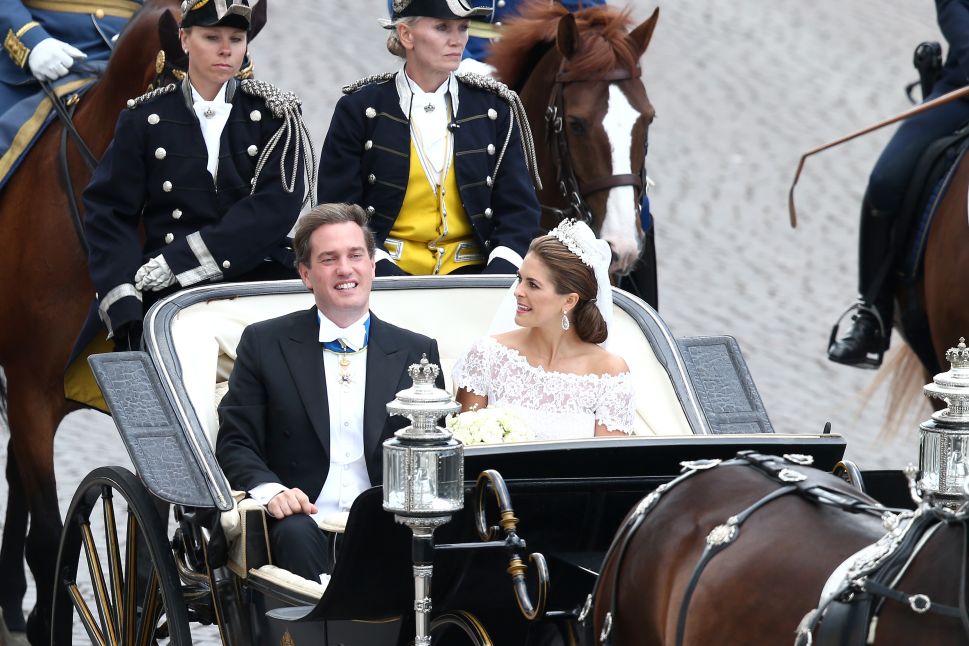