I decided to write this column at 5:43 a.m. one recent morning. That’s when my cellphone rang with the first in a series of three robocalls that I was to receive before I even got to work.

Spam, robocalls, telemarketers and scams are the bane of telephony, landline as well as mobile. And the problem is getting worse. Complaints to the U.S. Federal Trade Commission about violations of the national Do Not Call registry have doubled in the last two years, to more than seven million in 2017, and represent only a small portion of the problem. YouMail, an Irvine-based developer of voicemail and call-blocking technology, estimates that Americans received 30.5 billion junk calls in 2017—more than 100 for every adult in the country.

One of the fastest growing areas of abuse is what’s known as “neighbor spoofing,” which is when robocallers display a number that appears to be from your own area code and exchange. The idea is that you’re more likely to answer the call if it’s local: Perhaps it’s someone from your child’s school or a restaurant confirming your reservation.

As pernicious as the tactic is, it’s even more annoying when, like me, you’ve relocated to another time zone but kept your mobile number. In my case, I’ve maintained my New York-area number since moving to California—leading to events like my early morning wakeup call. (Even scammers probably realize it’s counterproductive to preemptively tick off the mark they’re trying to scam.)

I’ve tried a couple different robocall-blocking apps at various times with varying degrees of success. One was a free app, Call Protect, provided by my carrier, AT&T, that used technology provided by a company called Hiya. Call Protect proved to be effective in identifying and blocking known fraudsters and in flagging telemarketing calls, but it didn’t prove very useful in dealing with neighbor spoofing. So I moved on, experimenting with several other apps until I found one I liked.

At the moment, my favorite is a paid app called RoboKiller, which is doing a decent job of intercepting nuisance calls and provides a few fun tools that appeal to the victim’s desire for revenge.

In 2015, RoboKiller won a $25,000 prize in a contest sponsored by the FTC called “Robocalls: Humanity Strikes Back.” The service, which costs $2.99 a month after a one-week free trial, links to a frequently updated database of some 200,000 known spam numbers. A call from any of them is automatically intercepted without reaching your phone; you’ll receive a notification that the call was blocked with a link allowing you to hear a recording of it.

You also can manually add numbers to the blocked list, should any evade the Robokiller filters. And it can be used to monitor your incoming text traffic, moving anything suspect into a junk folder for later review.

So far, RoboKiller has done a pretty good job of controlling the neighbor spoofing flow, stopping an average of one call a day. It has so far only let one spoofed call through to ring, and when I failed to answer it and the caller tried again a minute or two later, the app picked up on the second go-round.

RoboKiller’s most satisfying feature, though, is its Answer Bots. These are 30 or so prerecorded messages you can select from that are automatically played to the caller, who has no idea that their call didn’t actually get to you.

They’re pretty funny. One answers in a heavy Russian accent and inquires, “Are you calling from the Gulag?” Another purports to be a radio station informing the caller that “You are the winner of our cruise contest!” Yet another simulates a horrifically bad connection.

In each case, the goal is to keep the caller on the line as long as possible, driving up the cost to the spammer. Does it work? Who knows. But there’s some psychic value in at least attempting to fight back.

To make it even more personal, you can record your own custom Answer Bot: I opted for an epic fake coughing jag, interspersed with gasps of “Hold on, I’m sorry, just a sec.” An Oscar-worthy performance, if I do say so myself.

RoboKiller is currently available for iPhones, with an Android version being promised for this month. As far as I’m concerned, $2.99 a month is a reasonable price to pay for the opportunity to harass harassers. Not to mention being able to sleep a little later than 5:43 a.m.

Rich Jaroslovsky is an Observer technology columnist and vice president of SmartNews Inc. 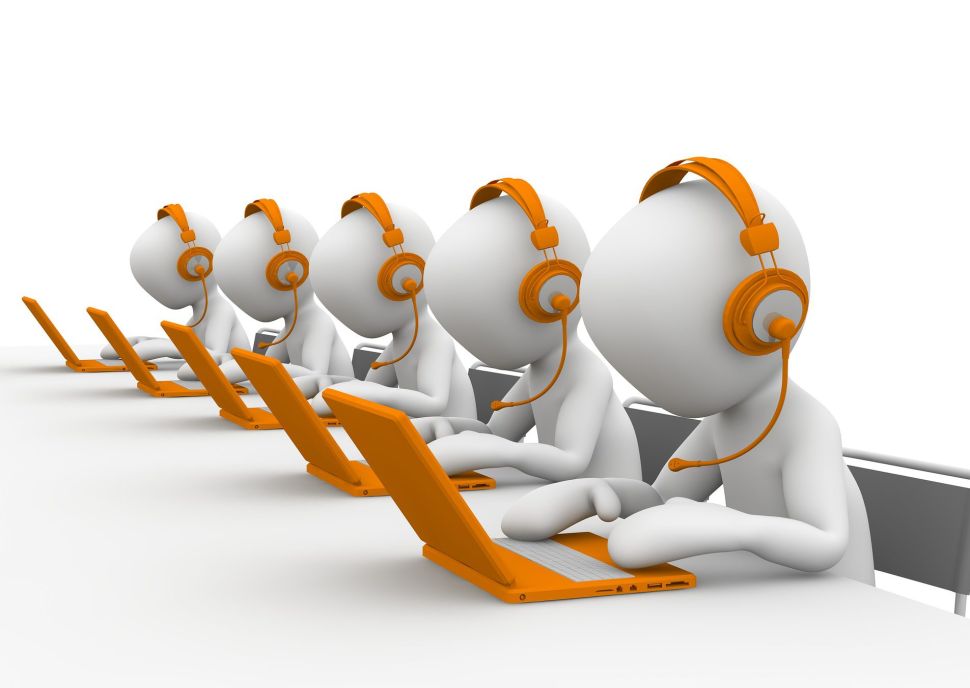