At 3:50 PM on a Tuesday, just two days before I returned to work, I was racing through my to-do list. My closet was half organized and half in a heap on the floor, but at least I had dry cleaned my suits and scheduled Tuck Noodle’s dog walker. One precious day of maternity leave was all that stood between me and a permanent state of “fuck my life.”

That’s when I got the email.

… it pains me to say… schedule has filled out recently… a couple new clients on his route… overextending ourselves… thank you for understanding….

I read it quickly but it hit me slowly. Did I just get fired—by my dog walker?!

When I began maternity leave, I suspended Tuck’s walks because suddenly, at home, toplessness was mandatory and occasionally pants were optional. I used a large company, so a brief hiatus seemed unlikely to cause them notable financial harm. I gave them 17 days’ notice of my impending return to work. All that notwithstanding, they kicked Tuck out of the pack just 41 hours before I was due at the office. In fairness, they agreed to walk him while I looked for a replacement, but that “accommodation” missed the point entirely, and I still had to find a New York City stranger to trust with keys to my home and new baby.

My initial shock—Who gets fired by their dog walker?!—quickly turned into rage. I was about to juggle a taxing job, tiny baby, busy husband, new column, depressed dog and unbalanced share of managing two homes and four lives, and they were overextended? Why didn’t they tell me they gave away Tuck’s spot weeks earlier when I had a morsel of spare time to deal with it? Was the 20 grand I had paid them such a pittance in Manhattan that it didn’t buy me a few months of goodwill? Did the last five years mean nothing to them?!

I had many unanswered questions, but one thing was clear—I had just been initiated into the “Working Moms’ Club.” Membership is mandatory, and you must pay your dues every day until you retire or die trying.

This is about more than an all-male dog-walking team screwing over a new mother. It’s about the fact that working moms have not one job, or two, but must also jump through more hoops than a Toy Poodle at Westminster to prove we are not inconvenient, or invisible, or incompetent, or inferior. It’s about the fact that if we fail at this third job, people far more important than our dog walkers sometimes forget we exist, or no longer care that we do.

I learned about the club long ago, of course, and was pre-paying my dues before the baby even came. For months I worked until 2 a.m. to mitigate the burden of my upcoming leave. I hid behind notebooks, binders and conference tables when I didn’t want high-ranking colleagues to look at my belly and see future disappointment. I agreed that ten days after my due date I would suit up and attend mediation, because the only thing worse than dragging my broken body there would have been forfeiting my seat at the table.

After the baby came and I was on leave, I attended a two-day conference just to be seen. I got him milk-drunk and lulled him to sleep with the bathroom exhaust fan so I could take conference calls and stay relevant. And under no circumstance did I bring up the baby with those who outranked me, so as not to give off that unfocused “new mom” vibe.

And now that I’m back to work, staying visible is just as important as staying competent. LOOK AT ME, I’M RIGHT HERE!!—right here at another business dinner when I’d rather be home with my kid. Equally important is maintaining appearances, literally. Dark circles under my eyes used to mean I was up late working, but now they mean She must have been up all night with the baby again! I once judged a new mother for having unwashed hair at work, and if there’s a hell for women who don’t support other women, that earned me a VIP pass.

If you think I sound paranoid, think again. My friend once excused herself from a meeting to use her breast pump, and her male colleague promptly called her out to her boss. When another friend revealed her pregnancy at work, her male department head took away her big cases so she could—his words—focus on the little light growing inside her belly. Her friend returned from maternity leave to find incriminating memos planted in her case files. Getting fired by my dog walker was nothing, and yet it was everything. It was a necessary reminder of how easily I can become inconvenient, or invisible or worse.

So what should we do when, despite our best hoop-jumping, we lose caseloads, or dog walkers, or respect?

I chose to fight back. I schooled the men in charge about loyalty, and dependability, and why you shouldn’t wait until the second-to-last day of maternity leave to dump a new mother’s dog.

It’s been seven weeks, and Tuck Noodle still has his place in the pack.

And as for my job? They just gave me a raise. 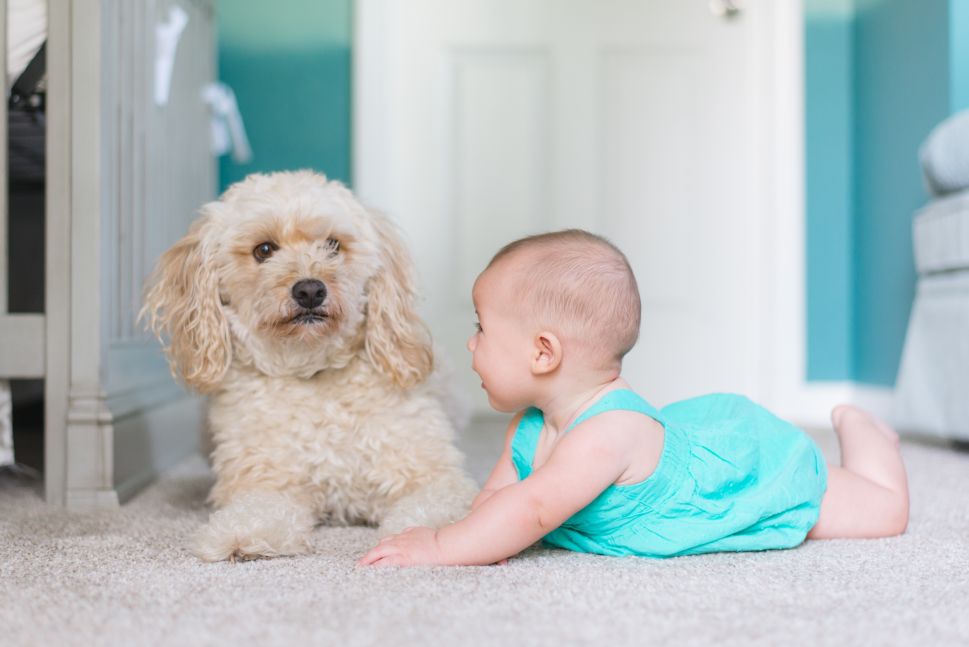