For the past dozen years, Russian President Vladimir Putin has employed his spies as assassins in the West, beginning with the murder of the defector Aleksandr Litvinenko in London in late 2006. Kremlin killers have left a trail of bodies in several Western countries, but above all the United Kingdom. Although Russian spies have made only modest efforts to cover their tracks in these crimes, the consequences for Moscow have been distinctly limited. No Western country has been willing to stand up to Putin and his increasingly gangster regime—until now.

In response to the attempted murder of Sergei Skripal, a 66-year-old former Russian military intelligence colonel, who, along with his 33-year-old daughter Yulia, received a near-lethal dose of a nerve agent on March 4 in Salisbury, England, the British government is finally showing resolve in confronting outrageous Russian crimes perpetrated on their soil. As I explained a week ago, there is no serious doubt that the Kremlin stands behind the would-be hit on the Skripals:

Vladimir Putin has resumed wetwork in a fashion not witnessed in the Kremlin since the days of Joseph Stalin. Putin’s assassinations abroad over the last 15 years have been more aggressive than anything done during the Russian president’s KGB career. Moreover, his views on turncoats are well known: “Traitors always end badly,” he famously explained. In 2010, the year Skripal was swapped to Britain, Putin chillingly stated, “Traitors will kick the bucket. Trust me. These people betrayed their friends, their brothers-in-arms. Whatever they got in exchange for it, those 30 pieces silver they were given, they will choke on them.”

The British government apparently agrees with my assessment, since Prime Minister Theresa May this week made two major announcements relating to the Skripal case. First, on Monday, May announced that, based on forensic tests, the agent used to poison the Skripals was a nerve agent called Novichok, which is indisputably of Russian origin. The prime minister added it was therefore “highly likely” that Moscow stood behind this “unlawful use of force.” May gave the Kremlin until last night to provide a “credible response” to this accusation.

Predictably, Putin’s regime provided nothing of the sort, preferring its usual mocking tweets and sly denials with a wink and a nod, alongside nebulous threats. Therefore, today May announced that her government will expel 23 Russian “diplomats”—in reality, spies—from Britain as personae non gratae, and London will cease all high-level contacts with the Kremlin.

“They have treated the use of a military-grade nerve agent in Europe with sarcasm, contempt and defiance,” May stated about Russia, mincing no words: “Their response has demonstrated complete disdain for the gravity of these events. They have provided no credible explanation.” She added that there was no room for “serious criminals and corrupt elites” in Britain, and the large and wealthy Russian émigré population in the country should expect scrutiny, threatening to “freeze Russian state assets wherever we have the evidence that they may be used to threaten the life or property of UK nationals or residents.”

True to form, the Kremlin has responded to British grit with hysterics and projection. The Russian Foreign Ministry, using undiplomatic language, stated that Prime Minister May’s “hostile actions” constitute an “unprecedented provocation which won’t be left without a response.” Kremlin spokesman Dmitri Peskov blamed London for the crisis, explaining that Moscow remains open to “cooperation in the investigation of the case,” but, “we haven’t been met with any reciprocity from the British side.”

Moscow seems genuinely shocked by the sudden reappearance of British backbone. Putin’s regime, after getting away with so many murders and other outrageous acts in recent years—from Ukraine to Georgia to Montenegro, not just in Britain—appears taken aback that London dares to resist. In fairness to the Kremlin, successive British governments proved depressingly supine in the face of repeated Russian murderous provocations in their country, so Prime Minister May’s standing firm is a pleasant surprise for the West.

This pushback has been a long time in coming, however, and it’s not impertinent to observe that, had Britain demonstrated this sort of resolve after Sasha Litvinenko was radiated to death in London a dozen years ago, quite a few Russian émigrés might still be alive, and the Skripals might not be at death’s door either.

During the last Cold War, the nastiest version of the East-West SpyWar was mass expulsions of “diplomats,” usually in tit-for-tat fashion. The last time London did something of the scale of Prime Minister May’s announcement today was in 1985, when 31 Kremlin spies were expelled from the country for exceeding their remit; in response, an equal number of British representatives were booted from Moscow. Therefore, we should expect that Russia’s response to the current situation will be similar.

However, under Vladimir Putin, Russia’s spy agencies are playing the espionage game with a rough edge not seen in the Kremlin since the 1940s. Not since Stalin’s time have Moscow’s operatives killed with such frequency and reckless abandon as Putin’s spies are doing today. It’s worth asking whether even Joseph Stalin would have authorized something so audacious as unleashing a highly lethal nerve agent in an English city.

This is Putinist gangsterism coming to the fore. Although the regime embodies a rough sort of secret police elitism, what the Russians term Chekism, it has added a violent element that has more to do with mafias than spies. Many of the assassinations perpetrated abroad by the Kremlin in recent years seem more like organized crime hits than traditional Moscow wetwork: they’re messier, uglier and sloppier.

The line between Russia’s security agencies and organized crime syndicates—never especially thick in the post-Soviet era—has all but evaporated under Putin. Recent incidents like the discovery of 860 pounds of cocaine at Russia’s embassy in Buenos Aires raise awkward questions, since diplomatic shipments are monitored by Kremlin spies. Nobody could have gotten that illegal haul, worth more than $60 million, into the embassy without connivance from somebody in Russian intelligence.

We therefore should not expect that the Kremlin will take today’s British response lying down. Neither will Moscow feel constrained by the somewhat gentlemanly SpyWar rules of the last Cold War. Putin and his regime have the proven capability of lashing out with sinister violence all over the world. Moscow will not calm down now that Prime Minister May has asked for a collective response by NATO to the current crisis, as well as requesting that the United Nations Security Council take up the Skripal case.

Four years ago, after Putin seized Crimea, directly challenging European peace and security, I announced that we were now in Cold War 2.0, whether we wanted to be or not. My assessment was denounced as alarmist and inflammatory by those who still wished to think the best of the Kremlin. Today it’s apparent to all but the willfully blind that Cold War 2.0 is in progress and has been for some time. The greatest concern for the West ought to be the reality that the Putin regime does not feel constrained by the “Moscow Rules” of the last Cold War. 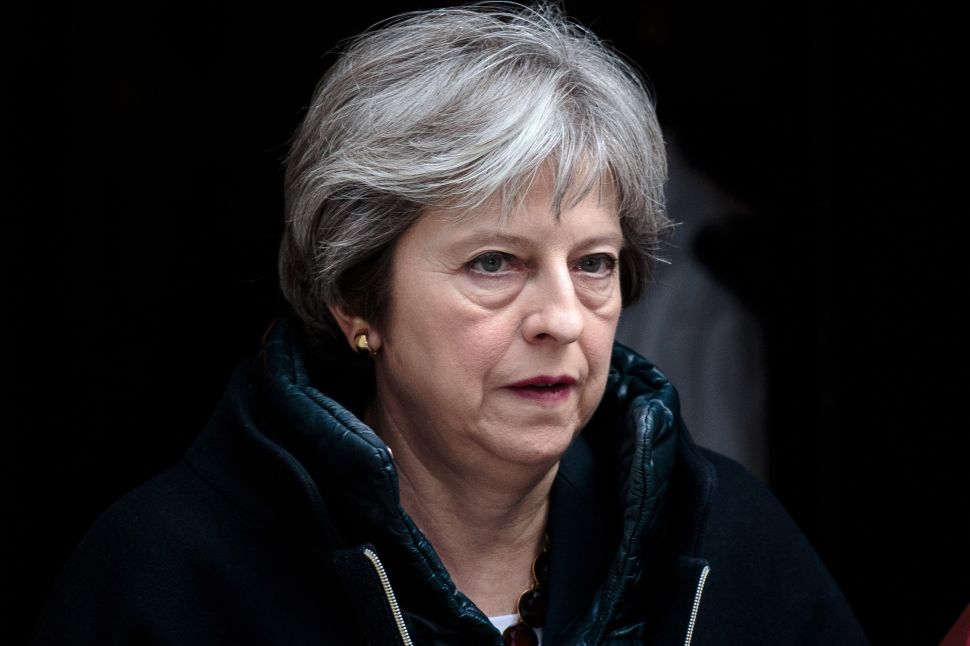