One day after getting escorted off the White House grounds by security, John McEntee was hired by President Donald Trump’s reelection campaign.

A longtime personal aide to the president, McEntee was fired from the White House on Monday over an investigation led by the Department of Homeland Security into “serious financial crimes,” according to CNN.

The campaign announced on Tuesday the hiring of both McEntee and Katrina Pierson, a former spokesperson for Trump during the 2016 election.

“As we build out our operations for the 2018 midterm elections and the 2020 reelection campaign, we are pleased to welcome back two outstanding members of our 2016 team,” the campaign’s manager Brad Parscale said in a statement. “We need the help of proven leaders such as Katrina and John to promote the president’s growing portfolio of achievements across the country.”

Those “proven leaders” include an advisor who is under investigation by the Department of Homeland Security… and who was unable to obtain security clearances while at the White House. 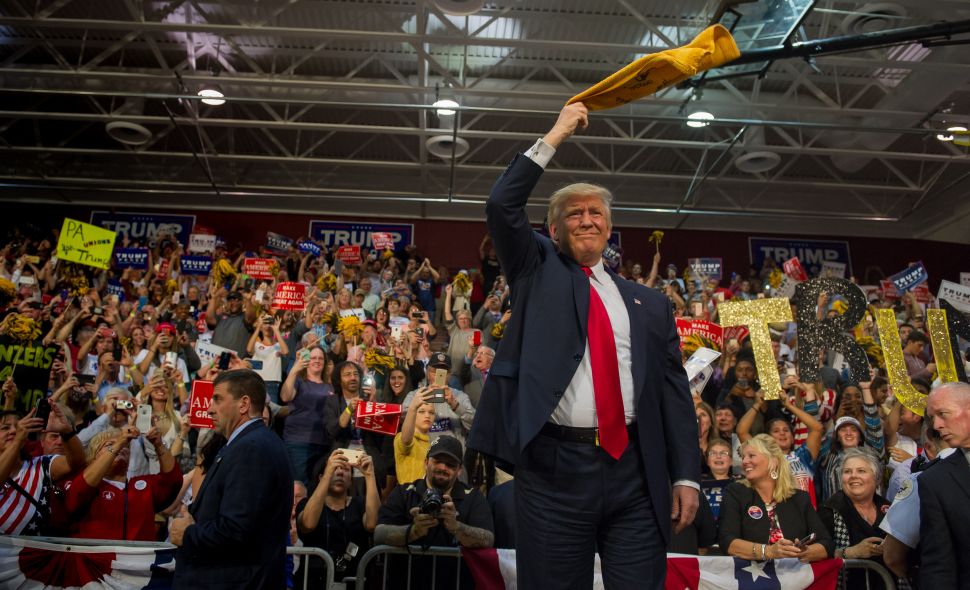