For followers of the Zoroastrian tradition, Nowruz is the New Year. Literally, the term means “a new day,” and it is linked to the vernal equinox, the first day of spring. The ancient country Persia, today’s Iran, followed Zoroastrianism. And so, on March 20th, President Donald J. Trump wished Iran a Happy Nowruz.

Over the years, several U.S. presidents have made this same gesture. President Barack Obama often recorded videos sending his Nowruz blessings. This is Trump’s second Nowruz wish, and he used it to reach out to the Iranian people with his own message.

The president of the United States embedded his blessing with an attack on Iran’s religious leadership and the Iranian Revolutionary Guard (IRG) for their corrupt ways and poor decision making. The message, a harsh critique of their leaders, was aimed at the Iranian people.

In his message, Trump said the IRG is corrupt. He said they brutalize, they fund terror, and they initiate cyber terror attacks against the world.

Trump said the Guard is “a hostile army that brutalizes and steals from the Iranian people to fund terrorism abroad” and that they indulge in “corruption and mismanagement.” He also said the “IRGC employs propaganda and censorship to hide the fact that the Iranian regime plunders Iran’s wealth and abuses its people.”

He concluded by pledging support and assistance to the Iranian people and reaffirming that the United States stands behind them against their oppressive leaders, who will be brought to justice. “Despite the oppression they face, Iranians are fighting to reclaim their rights. They long for a springtime of hope, and the United States stands with the Iranian people in their aspirations to connect to the wider world and have a responsible and accountable government that truly serves their nation’s interests.”

In last year’s message, Trump quoted Cyrus the Great, not Darius, and offered Cyrus’ description of great leadership. He included a famous quote from Cyrus the Great, the most revered leader of the ancient Persian Empire, who said, “[F]reedom, dignity, and wealth together constitute the greatest happiness of humanity. If you bequeath all three to your people, their love for you will never die.” Trump concluded last year’s message by saying, “On behalf of the American people, I wish you freedom, dignity and wealth.”

This year Trump concluded his blessing by saying, “On behalf of the American people, may light prevail over darkness in this New Year, and may the Iranian people soon enjoy a new day of peace, prosperity and joy.”

Iranian leadership responded. Rather than taking umbrage and engaging in a harsh exchange, they chose to quip back. Foreign Minister Mohammed Javed Zarif tweeted a biting response to Trump’s attacks: “With millennia of civilization, Iranians have the historical depth to ignore the absurd insults of an arriviste leader; one whose entire command of history, politics and diplomacy can be condensed into 280 characters—but even so, still superior to his juvenile royal stooge.”

Irony abounds. Nowruz is not a Muslim tradition; It predates Islam, survived the Muslim conquest in Persia, and still lives on today along with its winter equivalent Sadeh, despite it clearly being Zoroastrian. The Zoroastrian community in Iran is an oppressed minority because current Iranian leadership persecutes those with different traditions.

Since the Islamic revolution in Iran in 1979, one of the Islamic Republic’s objectives has been to rid foreign influences from Shiite tradition. And yet, the culture of Nowruz and Sadeh are so deeply ingrained in Persian tradition that it has become an authentically Iranian tradition—a tradition that today’s modern day Persians proudly carry on specifically because it so glaringly separates Iran from the Sunnis around them. Nowruz gives Iranians a uniquely Iranian flavor.

The other irony is that while Zarif, the foreign minister of Iran, is permitted to tweet, Twitter is illegal in Iran. But Zarif does not tweet in order to mollify the citizens of Iran or to convince them of the righteous intentions of Iranian leadership. Zarif used his tweet to directly attack President Donald J. Trump on the international stage. And that tweet went out with the blessings of Iran’s leaders. 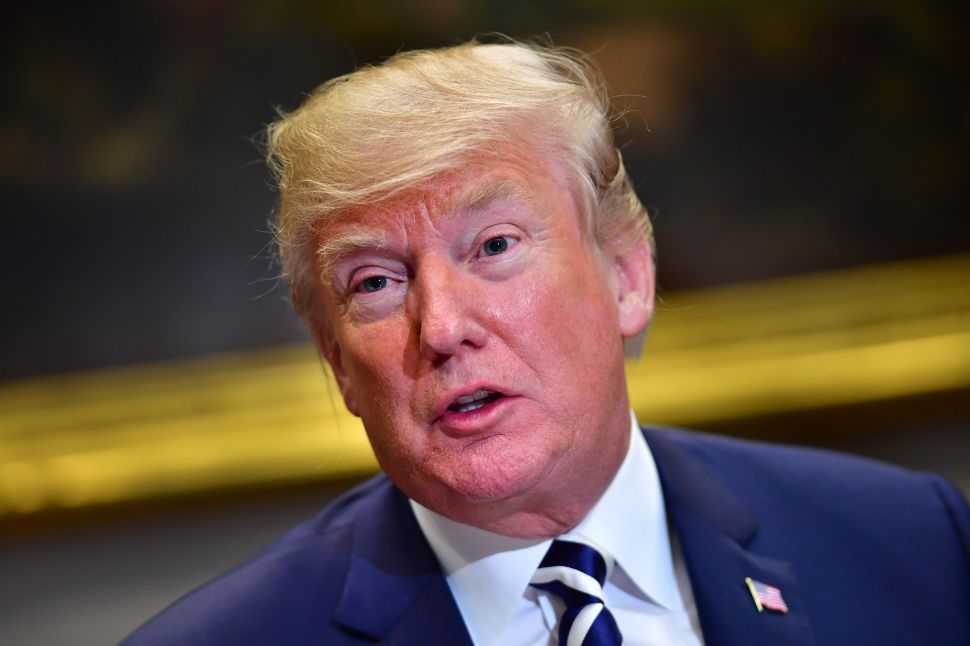