President Donald Trump on Monday boasted of plans to “counteract” the Kremlin’s influence in upcoming elections.

Although Trump remained firm in asserting the legitimacy of the 2016 election, his willingness to acknowledge security threats posed by Russian disinformation efforts is a departure from previous denials. Trump defended Russian President Vladimir Putin’s narrative after meeting with the leader last November.

“Every time he sees me, he says, ‘I didn’t do that,’ and I really believe that when he tells me that, he means it,” Trump told reporters while addressing his conversations with Putin about Russia’s role in the 2016 election.

The president’s statements follow multiple warnings from intelligence agencies regarding the question of Russian influence and reflect the Trump administration’s ongoing efforts to develop a grand strategy that will contain disinformation campaigns. Earlier on Monday, Director of National Intelligence Dan Coats reassured the Senate Armed Services Committee of the White House’s commitment to combat Russian propaganda.

“The White House is actively engaged,” Coats told the hearing. “This is a high priority for them.”

In recent weeks, the White House has reversed its softer stance on Russia—potentially after receiving blowback from lawmakers over reversing sanctions against Moscow previously approved by Congress. After Senators Chris Van Hollen (D-Md.) and Marco Rubio (R-Fla.) introduced legislation pushing for deterrents against Russian efforts, the Trump administration threatened the Kremlin with “international consequences” for a cyber-attack deployed against Ukraine.

Putin responded by boasting of Russia’s development of newer nuclear weapons capable of dismantling missile defense systems. In his annual State of the Union Address last Friday, the Russian president played a video of animated nukes hitting a landmass that appeared to be Florida—a state where Trump owns property. 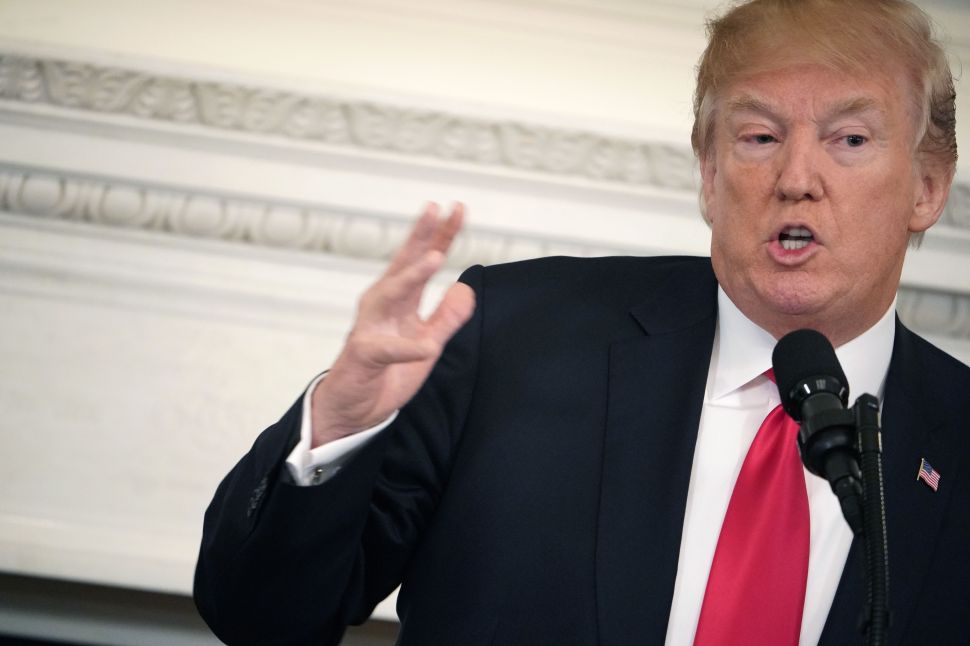