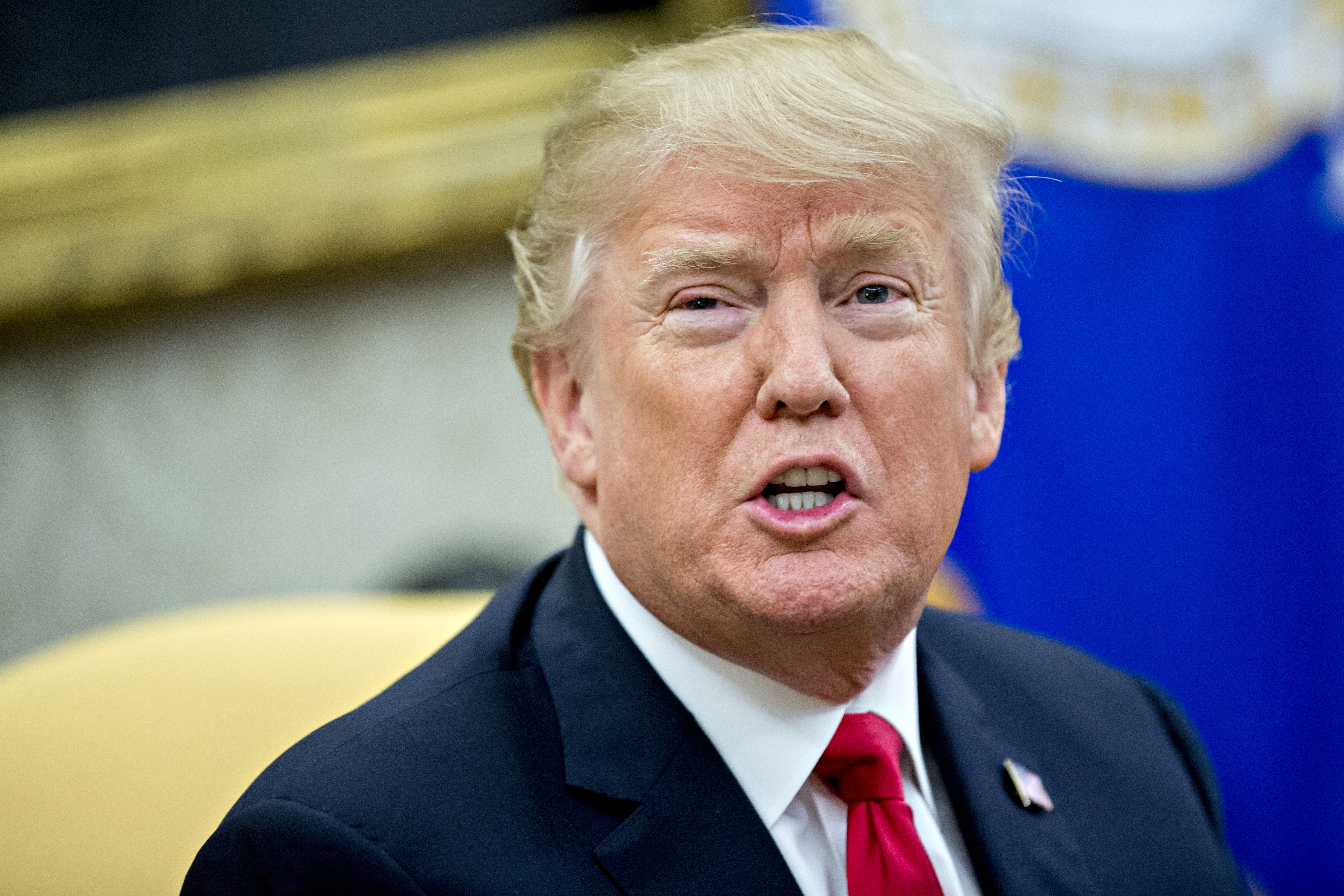 As President Donald Trump announced across-the-board tariff hikes on steel and aluminum, pundits and professors debated whether such actions have led to trade wars and worldwide economic problems in the past. But what they should be asking is whether such American-imposed taxes on trade have pulled down the U.S. economy.

When most people recall hearing about tariffs for the first time, it’s often seen as a contributing factor to the Civil War. But many people often forget that the controversial 1833 tariff, which divided the North and South, also contributed to the Panic of 1837.

A closer investigation of history reveals the terrible Panics of 1873 and 1893 were also preceded by high tariffs. And a day before the stock market crash of 1929, markets learned that the Smoot-Hawley Tariff Act would be far larger than expected. The Act’s passage the following year only worsened the Great Depression.

So why politicians do still push tariffs? And why do markets respond to them so poorly?

Tariffs are inherently a political action designed to generate an economic result. In the 1800s, tariffs were a means of generating government revenue, and post-Civil War governments had big debts to pay. Tariffs are also a means of protecting certain industries from tough foreign competition, a method that particularly appeals to Trump, who argues that bad trade deals lead to unfair trade balances.

Populists like tariffs because they generate votes, essentially by claiming someone else will be taxed. Tariffs are also a way through which one can claim they are “saving jobs” from foreign competition, thus promoting economic nationalism, with lots of flag waving as these taxes are signed into law. This approach appeals to the conservative voters who Trump hopes to keep in his fold.

In addition, tariffs make it easier to concentrate the benefits to a few protected companies and jobs (steel and aluminum, in this case), in the hopes of generating campaign cash and votes, especially in Pennsylvania steel country as a special election for a GOP seat threatens to flip to the Democrats.

Another plus is that the costs tariffs bring to consumers don’t seem so bad. After all, a representative of an aluminum company told NPR that each beer can made is only 3 cents worth of aluminum, so a 10 percent tariff would only make it .03 cents more.

But what politicians willfully ignore, or fail to consider, is that it isn’t just some foreign company paying all of those extra dollars and pennies on every item with steel and aluminum in it; this affects domestic manufacturers. In fact, these tariffs could cost car companies like Ford $1 billion a year. Thus, one job saved in aluminum could just cost another job in another industry.

And that’s even before trade wars begin, as foreign countries will retaliate on goods that Americans sell abroad. U.S. industries unrelated to steel and aluminum will then start facing steeper prices on their goods abroad, and perhaps even closed markets. Suddenly, for every job created by a tariff, there will be two or more that are being lost. For this reason, America lost roughly 200,000 jobs and $4 billion in wages in 2003 when President George W. Bush imposed steel tariffs on foreign competitors, forcing Bush to soon after abandon the idea.

In addition, the cost of each beer can doesn’t seem like much, but when it hits the average consumer on every item involving steel or aluminum, it adds up. And it not only hurts the pocketbook, but it could also drive inflation up, as consumers have to spend more on daily items. As a result, Americans could go back to Jimmy Carter era double-digit inflation, which followed Nixon’s tariffs from several years before.

But what should America do about unfair foreign competition? As Steelworkers’ Union President Leo Gerard put it, “Some…say we are going to start a trade war. Well, we are in a trade war now, and we are just sitting back.” There’s a right way and a wrong way to “fight” a trade war. The first involves knowing your foe. The second involves punishing your enemy, not your friends.

“China only provides about three percent of steel imports into the U.S,” said economist Robert Kuttner. He explained, “In response to past complaints that resulted in tariffs against particular categories of dumped Chinese steel, China simply increased its exports of steel to other nations, such as South Korea, for re-export.…Thus, Chinese steel evaded existing U.S. measures by detouring through other countries.” This is, in fact, why the Trump administration hasn’t picked up on the real problem: that our woes are due to one enemy, not many.

China’s excess capacity is endangering everyone else in the steel market, but rather than go after the source of the problem, Trump’s tariffs go after everyone, including our European and North American allies. This leads to retaliation in other markets, which of course plays into China’s hands.

Evidence has shown that bumping up tariffs tends to have a counterproductive effect. Tariffs increase costs on Americans, lead to foreign retaliation on other businesses, and trigger some of the biggest economic panics and depressions that this country has experienced. But for economic nationalists, there is a solution: targeted sanctions against China, the country responsible for most of the problems plaguing steel and aluminum industries. Such a plan will not only hold the perpetrator accountable, but it will build allies in the war against the factors that have made steel and aluminum slump in recent years. 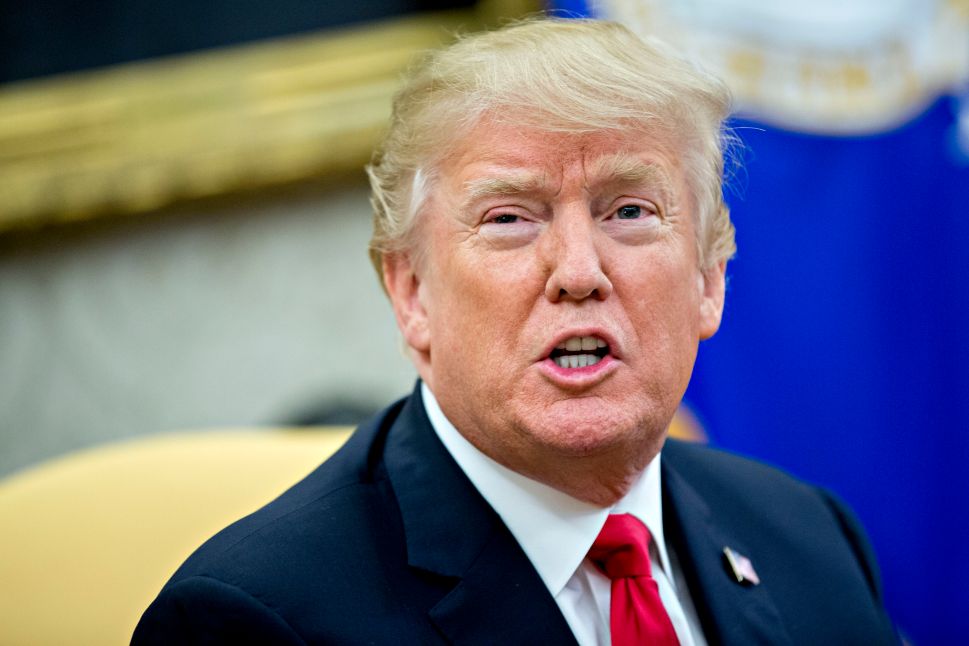