The midseason premiere of AMC’s The Walking Dead two weeks ago posted the show’s lowest return ratings in its eight seasons. Last week’s episode posted its lowest overall live viewers since season two and its smallest key demographic viewership since season one.

Things did not get better for Sunday night’s episode.

Episode 11 of season eight averaged a 2.8 rating in the advertiser-friendly 18 to 49 demographic and 6.6 million Live+Same Day Nielsen numbers, per Variety. For perspective, the last time The Walking Dead posted a 2.8 or less in the target audience was season one. The most recent episode to draw 6.6 million viewers or less was the season two midseason finale.

In other words, AMC may want to rethink its ambitious plan to further spin-off The Walking Dead into a multi-media franchise. As of right now, the show doesn’t possess the demand to support such expansion.

If you’re looking for positives in these numbers, there are a few.

For starters, this week’s numbers are still good enough to claim the top-rated and most-watched spots for cable in that time slot. For all its slippage, The Walking Dead is still a hit a show. This week’s declines are also the smallest dips this season in Live+Same Day viewership and much better than the 20 percent plummet the series took between the midseason premiere and last week’s episode. Talking Dead is still performing well too, so there are silver linings.

But overall, this continues a two-year downward ratings trend for the zombie drama.

It’s not 2013 anymore when AMC could bank on eight-figure audience totals every week. It’s also not as if the network’s other shows are making up the difference. Fear The Walking Dead (0.88, 2.3 million), Into the Badlands (0.79, 1.9 million) and Better Call Saul (0.59, 1.6 million) are all solid performers, but none are topping the charts.

AMC needs to start developing an heir apparent for The Walking Dead. 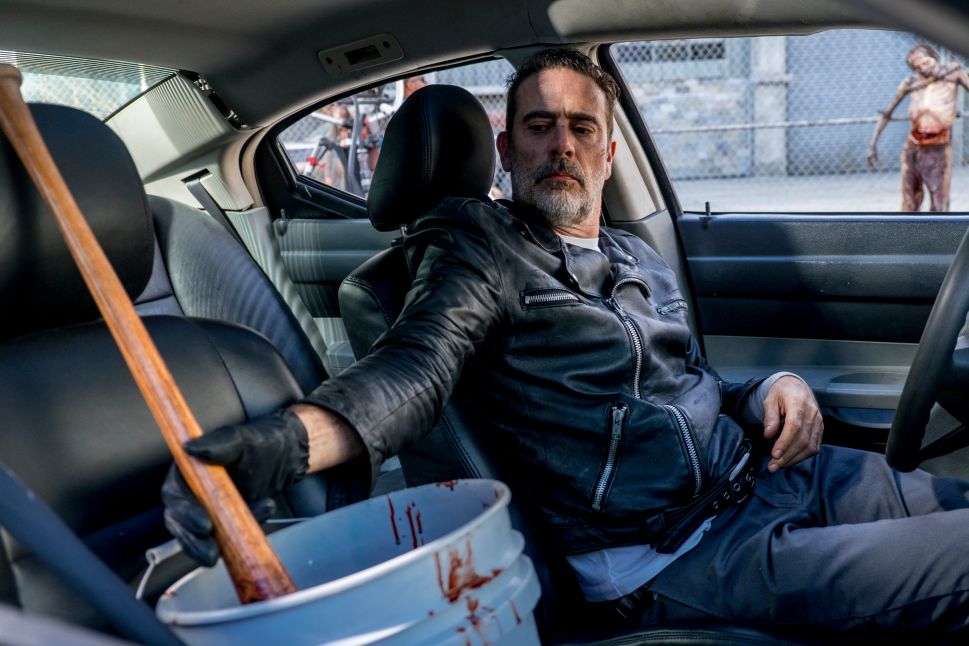