Tyra Banks can’t say no to anything in Pacific Palisades. The model and television personality just bought yet another home in the area, bringing her haul to a grand total of four properties in the neighborhood.

Banks first bought a home in the celebrity haven, bordered by Brentwood, Santa Monica and Malibu, for $3.23 million in 2014, and then, two years later, acquired a 4,797-square-foot ocean view abode for $7.35 million, per Variety. In July 2017, the model scooped up a $1.36 million investment property, also in the vicinity.

We can see why the America’s Next Top Model creator couldn’t say no to her newest purchase; a 6,160-square-foot modern residence for which she paid a touch under $7 million. The five-bedroom, 5.5-bathroom residence was built in 2014 as a modern, boxy beach house, with plenty of sleek right angles, marble surfaces and high-tech components like a hidden, built-in gas fireplace.

The master suite features ocean views, and the lower level is decked out with a media room (featuring a full projection screen), a bar, custom wine cellar and a gym, per the listing from Coldwell Banker.

The private yard contains a zero-edge pool surrounded by a white limestone deck, but the rooftop terrace might be the best exterior space—it has an outdoor kitchen, barbecue, fire pit and a hot tub, in addition to Instagram-worthy vistas.

We wonder if Banks is planning on keeping her entire property portfolio in Pacific Palisades, or if any of the homes are going to pop up on the sales (or rental) market anytime soon. But maybe she doesn’t mind hanging on to such a vast array of homes.

After all, it no longer appears that she’s trying to offload her New York penthouse. She originally listed the five-bedroom duplex at 2 River Terrace for $17.5 million in March 2017, claiming she was spending more time on the West Coast. By October, however, the listing disappeared from the market. Maybe Banks is now back to being bicoastal. 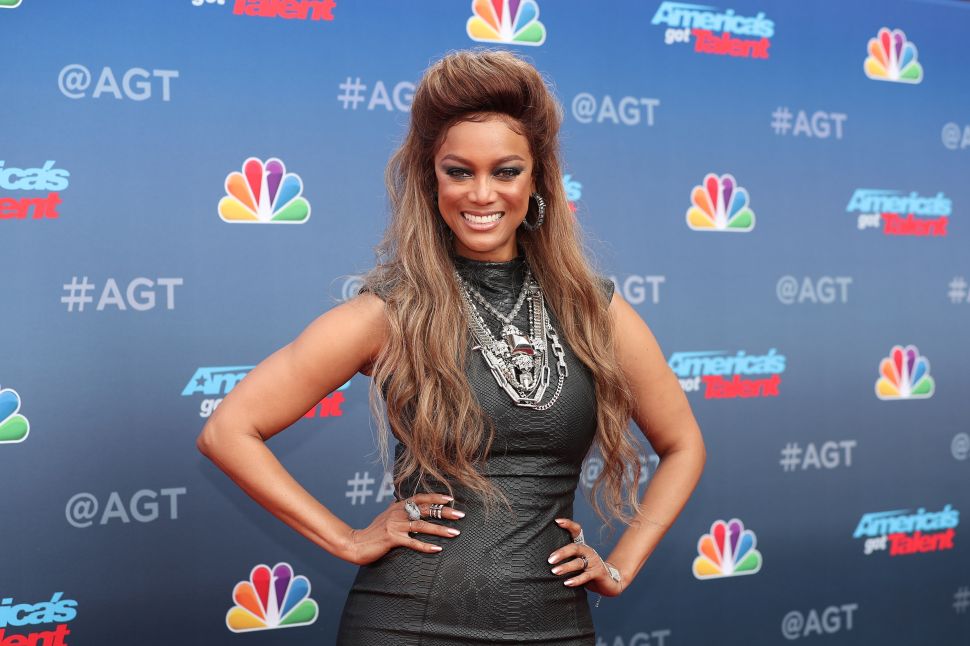