About a month ago, Uber’s new CEO Dara Khosrowshahi told reporters at an event in India how valuable the Southeast Asia market is for Uber and dismissed speculation that Uber would merge its regional operation with local competitor, Grab.

On Monday, Uber announced an agreement to sell Uber’s Southeast Asian branch to Grab in exchange for a 27.5 percent stake in the company. Khosrowshahi will join Grab’s board, and Uber will become “a strategic partner to Grab in its next phase of growth,” a Grab spokesperson said.

The Grab deal marks an end to a cutthroat competition among ride-hailing startups in Asia. (Uber sold its China operation to local competitor Didi Chuxing in 2016.)

As basic economic law of supply and demand reasons, less competition usually leads to higher prices on consumers and lower quality of service. Although Uber has shown no intention of pursuing a similar strategy in the U.S., consumers have ample reason to anticipate the end of cheap Uber rides.

In Asia, Uber’s incentive to merge rather than compete is inconspicuous. Uber’s largest shareholder, Japanese investment powerhouse SoftBank, holds a significant stake in both Grab and Didi. When SoftBank made its latest round of investment in Uber in January, its fund leader Rajeev Misra made it clear that SoftBank wanted Uber to stay away from competition in Asia. As such, joining forces is in the best interest of both SoftBank and Uber’s existing operations in Asia.

Uber’s largest rival in the U.S., Lyft, was also once on SoftBank’s radar as a potential leverage if the Uber deal broke, but the Lyft deal didn’t come to fruition as Uber eventually reached an agreement with SoftBank.

However, Uber and Lyft do share a common investor, Google’s venture capital arm, CapitalG. CapitalG poured $1.5 billion in Lyft in late 2017, and made a much smaller ($250 million) investment in Uber back in 2013.

Another strong incentive for Uber to raise prices is an urgency to turn a profit.

Uber touts the label of the world’s most valuable startup, but it’s not a profitable business just yet. Despite rising sales year-over-year since its founding, the company has been recording greater losses every year since 2014. In 2017, Uber recorded $4.5 billion in loss, 60 percent higher than 2016.

Khosrowshahi, who succeeded Travis Kalanick in August last year, set a ambitious goal to bring the company into profitability by 2019 to pave way for a possible IPO.

The merger with Grab was the first step in Uber’s cost reduction plan and a potential channel of profit through ownership in Grab.

“Our combined platform with Uber is the leader in cost efficiency, and we now have a path to profitability in the transport vertical,” a Grab spokesperson told Nikkei Asian Review.

Uber had not responded to Observer’s request for comments on future price increases by press time. 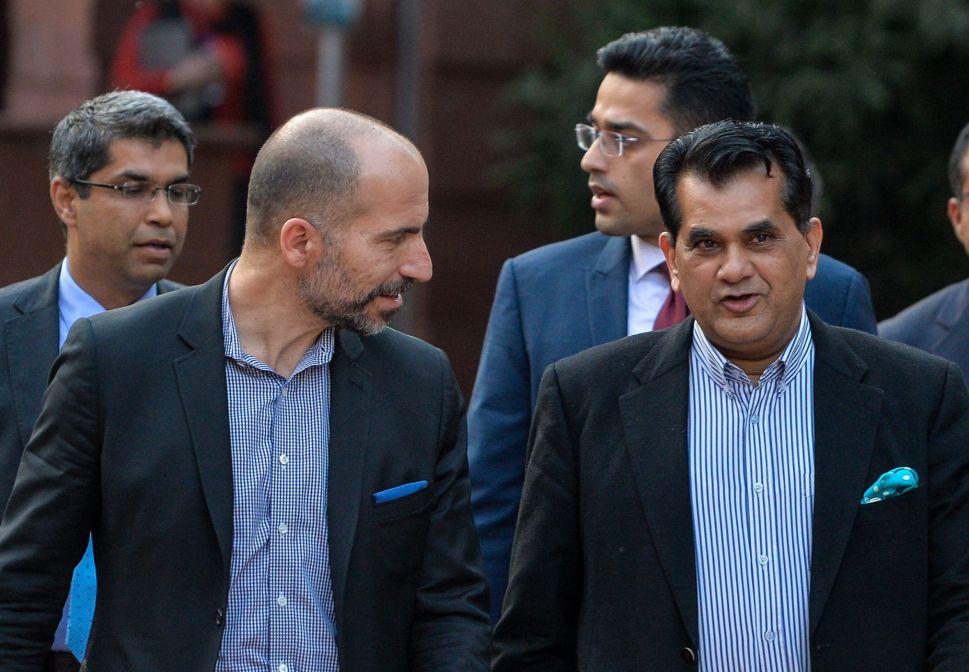