Sentient robots, android samurai, corporate sabotage, murder and marauding, lots and lots of sex… At this point, if you’re not watching Westworld, then maybe the hosts deserve to win their robot uprising.

HBO has unveiled the official trailer for the second season of their heir apparent to Game of Thrones. What clues are they providing and what can we learn from this trailer?

We need to take a deep dive and peel back the layers.

Here are the major threads portrayed in the trailer (set to an orchestral cover of Nirvana’s “Heart-Shaped Box”) and what they might mean for season two.

Bernard is unsurprisingly still struggling with the discovery that he is actually a host (why no one ever questioned the fact that Bernard looks identical to the brilliant co-founder of Westworld, Arnold, is beyond us. It’s not like we’d all ignore a clone of Steve Jobs walking around).

But Dolores is imploring him to see the value of their kind. Given Bernard’s high standing in Delos Incorporated, the conglomerate that owns and operates Westworld, he is going to be a key cog in the rising war between hosts and humans. Dolores is undoubtedly trying to recruit him to her side, but after living his entire life under one central belief, will Bernard really betray the human race?

Teddy notes to Dolores that they have “ridden for 10 miles” and seen nothing but blood. “Is this really what you want?” he asks her. Knowing the unbridled relentlessness of Dolores and her mission, the answers is likely yes.

How does that change the dynamic between her and Teddy?

His base functions are to love Dolores and hate the violently destructive Wyatt, a role Dolores has essentially filled herself. It’s likely that Teddy is suffering through a conflict between emotions and programming when we find him in season two, so be on the lookout for an eventual double-cross if Dolores racks up too great a body count for Teddy’s programming to handle.

After sacrificing her chance at freedom to find her daughter in the season one finale, Maeve is hellbent on “rescuing” her when we check back in. But, as mentioned in the trailer, she isn’t really Maeve’s daughter, just a concoction of the Westworld narrative creators (Sizemore, that slimy bastard!). Here is where we get into Blade Runner territory that explores the nature of humanity and the attachments we form and choose to believe in.

The question is, will Maeve’s attachments be her source of strength or her eventual undoing? It also looks as if Maeve’s storyline will introduce viewers to ShogunWorld, which is just about the coolest thing ever.

Hosts vs. Humans: Who Holds the Key to ‘The Door’?

“I’m going to burn this whole thing to the ground,” Ed Harris’ Man in Black, who we now know is an older William, monologues. Old tall, dark and ugly has been on a bloody and ultra-violent quest to find true meaning throughout his Westworld journey. With the hosts now able to fight back and, arguably, the fate of the human race at stake, will he find the meaning he’s been seeking? What form will that take? How valuable of a hostage would he be for the host’s negotiations with the outside world?

Also worth noting is that the Man in Black can be seen in the trailer walking toward an old door cut into the side of the mountain. Nolan and Joy used “The Door” as the secret code name of season two after referring to season one as “The Maze,” which ended up holding significant meaning within the storyline. Something to keep an eye on.

Westworld season two will debut on HBO on April 22. 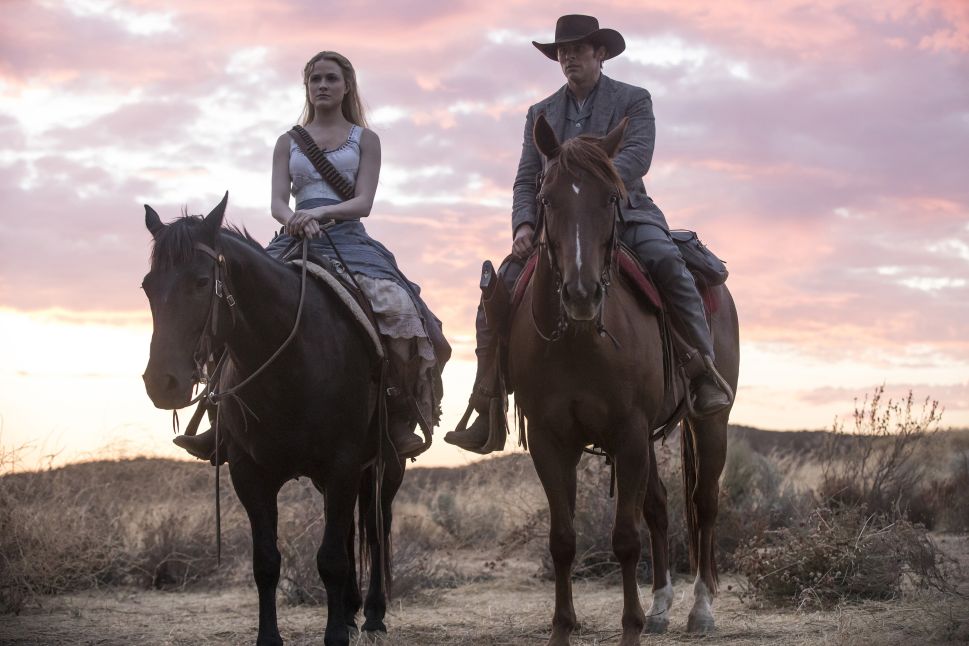