Karl Marx once said, “History repeats itself, first as a tragedy, second as a farce.” In the fevered opposition to President Trump among the children of the Age of Aquarius, history is repeating itself as a farce.

She is but one of America’s sexual revolutionaries to turn on him because of his crassness.

Okay, maybe it is more than just crassness. Trump was a frequent guest on The Howard Stern Show. His third wife posed nude before their marriage. He has qualities that would disqualify him from the local PTA. Yet he is president.

She was given $130,000 to lay low. That it was paid through Trump’s lawyer should not bother the press. They show no interest that $9.1 million was laundered through the law firm Perkins Coie to create the phony Russian collusion narrative.

The bigger question is why does it matter? The strike zone set by the media during the Monica Lewinsky scandal was that only a repressed Eagle Scout like Ken Starr would care about what the president does with his cigars in the privacy of the Oval Office.

Conservatives at the time essentially agreed that marital infidelities among politicians are not disqualifiers. Their gripe was that Clinton’s alleged summoning of a state worker to a hotel room to proposition her was classic sexual harassment by a powerful man in the workplace, something Democrats were winning elections by railing against. Then he lied about it under oath.

Whatever Trump’s personal peccadillos, he seems to care too much about his businesses to force himself on employees. The closest he comes has been to buy the only legitimate business in America that poses women in bathing suits, crowns the most desirable one, and parades her before the audience’s whoops with a bouquet of flowers, which somehow is not sexual harassment.

Look, I didn’t make the rules.

The left is perplexed that Christian voters would support a guy whose first mistress declared “Best Sex I Ever Had” in headlines in the early 90s. They can’t do that! Russian bots mind controlled them with Facebook ads. There is no other reason they voted for him.

Perhaps American conservatives are more three dimensional than they look from your coastal enclaves, smart people.

It is a thin view of morality, really, that cannot tolerate an examination of conscience that confesses sins of the flesh. David processed into Jerusalem wearing a loin cloth, dancing “with abandon” before the Ark of the Covenant. St. Augustine, after his conversion to Christianity, prayed “Lord make me celibate, but not yet.” His live-in girlfriend and bastard son would not have understood.

A religion built upon redemption commences its narrative arc with sin. The great Christian artist Caravaggio killed a man, an experience that possibly supplies the depth and passion in his stunning “The Conversion of Saint Paul,” who himself was among St. Stephen’s murderers.

Voters long ago discounted whatever is going on in Trump’s marriages. He is like many men in the lives of ordinary people: the twice divorced brash real estate developer with lots of money whom they’re glad to see at the Church fundraiser even if they do not see him in the pews.

There is a basic morality to Trump’s politics. He may be unfaithful in other relationships, but in dealings with his supporters he has been heroically true. He sticks to his promises under attacks that men with greater reputations for virtue have fled.

It is not lost on conservatives that they put into office two Bushes, exemplars of public rectitude, who tended to sue for peace whenever the left threatened to expel them from the club of right thinkers.

The parable Jesus told of the Good Samaritan is about two upstanding members of the community passing a man who was robbed and beaten and thrown in a ditch, and the rogue oddball from the land of strange customs, Samaria, stopping to help.

“Which of these three, do you think, was a neighbor to the man who fell into the hands of the robbers?” Jesus asked.

The boarded-up mill towns in the Rust Belt had been ignored by the political class until Trump showed up to hold rallies in their skating rinks promising to help. In Christianity, that is a measure of decency.

Trump supporters are not buying the left’s current tut-tutting over sex. They know it is contrived indignation aimed only at diminishing a president who threatens their corrupt little world. 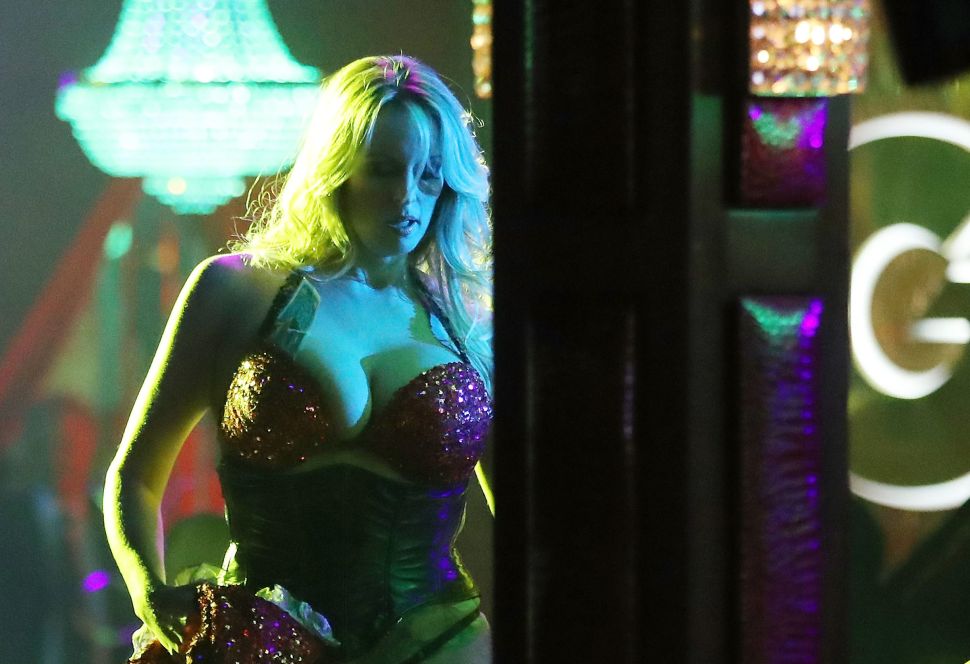