Restoring a question about citizen status to the 2020 Census could cause major changes in how New Jersey’s legislative and congressional districts are redrawn every 10 years and in subsequent elections.

The Trump administration wants to restore a question about whether a person is a citizen to census forms. The question was part of the decennial survey from 1890 through 1950. It continued as part of the long-form until 2000. Now, the question remains only as part of the American Community Survey (ACS). The ACS survey goes to only about 2.6 percent of all citizens, and its data is not used for redistricting purposes.

Canada, Australia and other U.S. allies include the citizenship question on their census forms.

This week, 17 states, including New Jersey, and six cities sued the Commerce Department to block the inclusion of the citizenship question on the standard census form (California filed an earlier lawsuit on its own).

The lawsuit alleges that adding the question will “significantly [deter] participation in immigrant communities, because of concerns about how the federal government will use citizens information.”

Critics fear it will dilute political representation in states that lean Democrat and could reduce federal aid in many states with large immigrant populations.

Supporters of the change include Mike Gonzalez, a senior fellow with the Heritage Foundation, a conservative think tank. He believes fears of an undercount are overblown based on an analysis of the years when the full census form included the question.

Washington Post columnist Marc Thiessen echoed this sentiment: “…the proposed question is about citizenship, not legal status. The question should not be a deterrent to participation for anyone.”

Assuming the courts agree to restore the citizenship question, the revised census might accomplish what the U.S. Supreme Court declined to do in a 2016 ruling—require legislative redistricting to be based on “voting eligible population” (VEP) rather than total population (TP).

Entitled Evenwel v. Abbott (2016), the case involved the manner by which Texas drew its state senate districts following the 2010 Census. Plaintiffs Sue Evenwel and Edwin Pfenninger contended that by reshaping legislative districts based on total population, Texas was violating the Constitution.

The plaintiffs maintained that legislative districts based on total population rather than VEP watered down their vote and violated the principle “one man, one vote” set forth in the 1964 decision Reynolds v. Sims.

Since New Jersey also uses total population for its redistricting, the Evenwel case could have had a big impact here.

Based on a total population of about 8.8 million in 2010, New Jersey’s 40 legislative districts contain approximately 220,000 people.

But if redistricting was based on the number of eligible voters, the number would drop to 150,199 per district since there are only about six million residents in that category.

This shift could lessen the political clout of New Jersey’s urban areas while increasing the influence of suburban communities throughout the state.

For instance, an urban district like District 32 (parts of Bergen and Hudson Counties) would need about 50,016 eligible voters to reach the required district size. Some of those voters might come from District 27 (parts of Morris and Essex), which would have too many eligible voters.

If this pattern of adding suburban communities to previously urban districts occurred throughout the state, it could make several legislative districts more competitive and likely lead to higher campaign spending.

In its 2016 ruling, the U.S. Supreme Court declared that maps configured on the basis of total population were constitutional. But Justice Samuel Alito said the issue might well be revisited by his colleagues in the future.

His words may have been clairvoyant. Including the citizenship question on the 2020 U.S. Census largely revives the issue of whether states should base redistricting on a voter eligible basis rather than total population.

Census information that distinguishes citizens from non-citizens would enable reconfiguration of legislative districts on the basis of citizens alone.

Once the 2020 Census is done, the citizenship standard undoubtedly will be used as a basis for again challenging the total population approach, which includes non-citizens not eligible to vote.

New Jersey’s redistricting map not only could face a challenge based on the new census data. It could also be affected by two separate cases before the High Court over the question of whether partisan gerrymandering is constitutional.

If so, the concept of redistricting in general will become a hot stove issue for years to come. It will lead to significant lobbying by partisan entities and independent groups eying an advantage from the approach to redrawing district maps.

In any event, stay tuned for what could be an interesting debate. 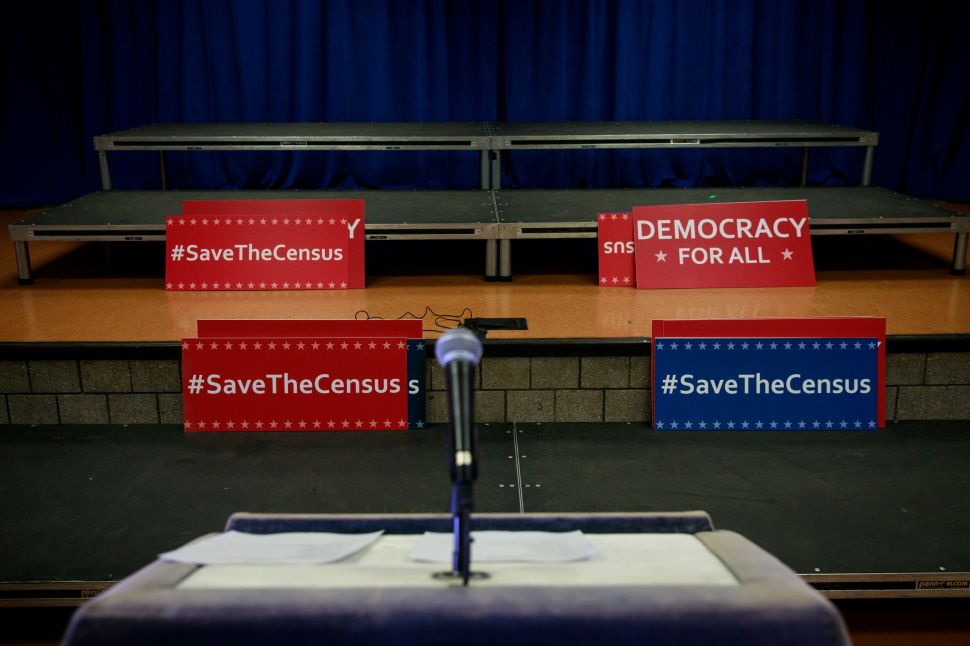