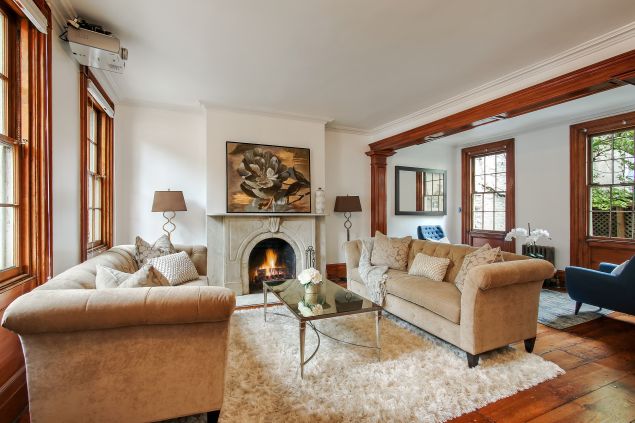 A townhouse built on land once owned by Aaron Burr just sold once again. Courtesy The Corcoran Group

The cobblestone streets of the West Village are lined with charming, idyllic brownstones—many of which come with celeb pedigrees. As lovely as they are, it’s hard to compete with one that has a historical connection to Aaron Burr.

At the beginning of the 19th century, Burr, the third Vice President of the United States (also known as the man who killed Alexander Hamilton in a duel in 1804), owned a large plot of land in Manhattan, in the area now known as the West Village. A plaque on the townhouse at 17 Commerce Street reads “Aaron Burr House 1802,” which is to commemorate the assumed date that Burr first bought the land. It’s just north of his country estate, Richmond Hill, which was situated near where Varick Street currently stands. 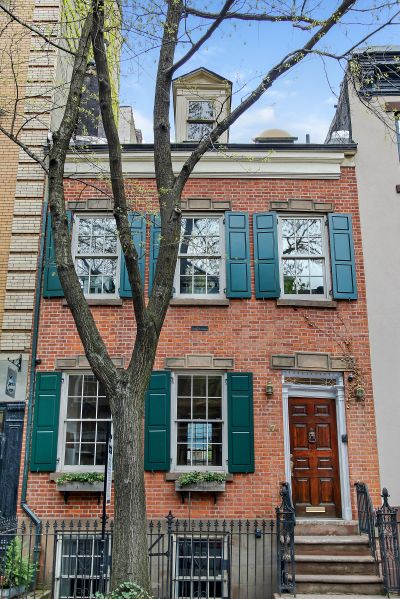 17 Commerce Street stands out among other West Village homes. Courtesy The Corcoran Group

It’s not clear if Burr was ever able to build a home on the property, but at one point the plot was purchased by a stonecutter named Abraham Bogert. Bogert is the one who constructed the current red-brick Federal-style townhouse. It’s gone through some alterations over the years, but the home is still replete with period details.”There’s a lion knocker on the door—landmarks was very adamant about it staying!” Corcoran broker Sarah Thompson, who shared the listing with Bernice Leventhal, told Observer. She also noted that the “fixtures and fittings” are original features and pointed out that the doors might be from an old barn, as they’re fitted with small steel handles.

Now, the house has a new owner. The seller had been trying to part with the home since October 2016, when it was offered for $5.75 million. It was on and off the market for few years, but the right buyer emerged in February when the house went into contract at a listing price of just under $5 million.

Per public record, the buyer is artist Walton Ford, who paid $4.8 million for the two-bedroom, 2.5-bathroom abode. “We were very excited to find [the buyer] because it’s someone who appreciates the history and the look of the house, and loves the aesthetic,” Thompson said. “He doesn’t want to mess with that; he wants to keep the authenticity and charm of the home.” 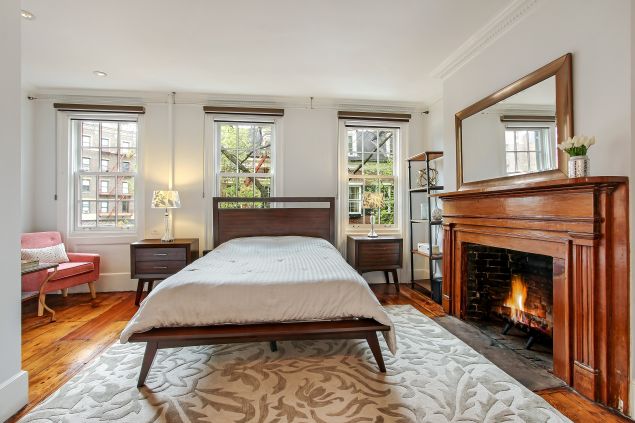 Each of the bedrooms takes up a full floor. Courtesy The Corcoran Group

It’s exactly how the seller of the house treated the historic property. “He really felt he was a steward of the house. He didn’t want to make aesthetic renovations,” Thompson added. “He wanted to keep everything like it is, and made little updates to plumbing and things like that.”

Each of the bedrooms encompasses a full floor of the home; one has a fireplace with a wood mantle, the other surrounded by brick. A third fireplace is located on the entry level, in the living room. There’s a private garden, as well, while the kitchen and dining area take up the floor below. 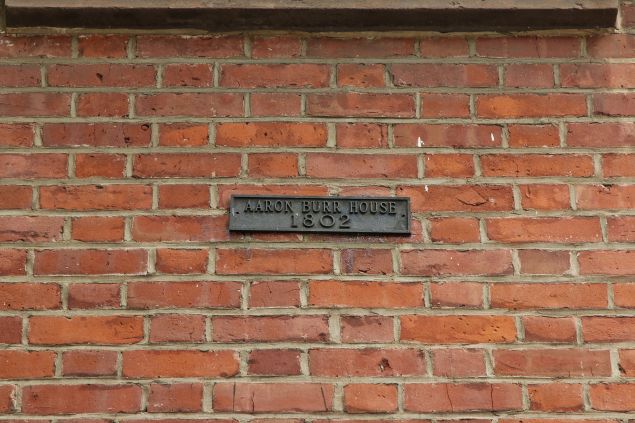 Burr likely bought the land in 1802. Courtesy The Corcoran Group

For Thompson and Leventhal, the Hamilton mania from Lin-Manuel Miranda’s über popular musical definitely encouraged interest in the small but historic home—but not just from potential buyers.

“There has definitely been a surge of interest from the media and some buyers,” Thompson explained. “They love to come in and see it. The musical itself got people very excited about learning about that time, and history in general. They were interested in seeing the wide plank floors, and the authenticity that you just don’t see anymore.” 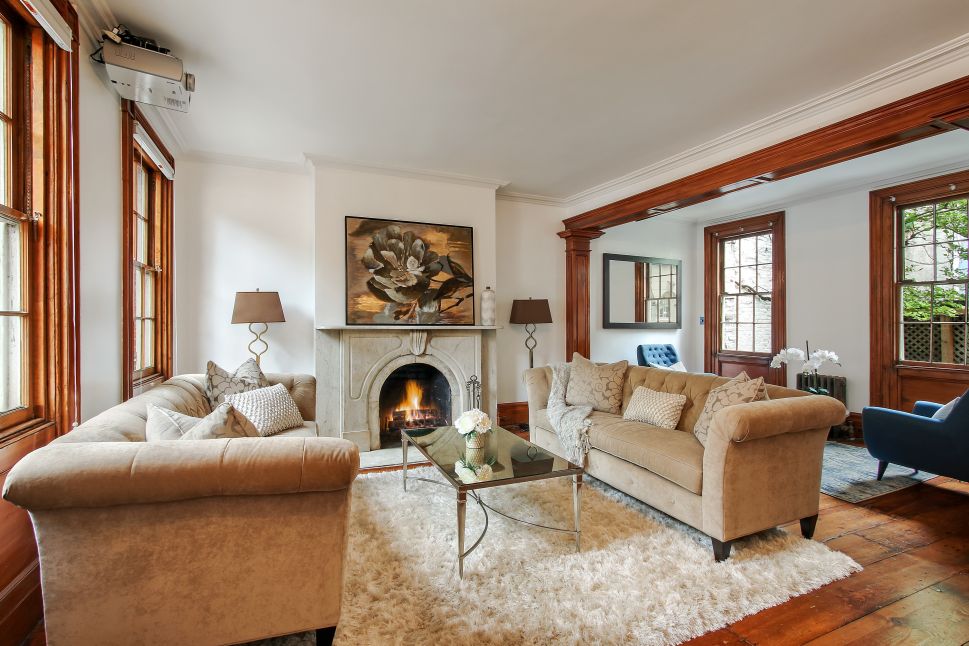