According to Adriano Goldschmied, “fashion is like sushi; you eat it when it’s fresh.” The designer, who has been at the forefront of the denim industry since the ’70s—when he opened King’s Shop, a denim purveyor in the Italian ski resort town of Cortina d’Ampezzo—knows a thing or two about cultivating innovation when it comes to blue jeans.

In fact, there’s a pretty good chance you’ve slipped on a pair of jeans that has come across Goldschmied’s desk; he’s the founder of a handful of major companies, including Diesel, AG, Replay, Gap 1969, A Golde and Goldsign.

Goldschmied is also one of the guys you can blame for your jeans costing well over $150; he was among the crop of designers who ushered in the premium denim trend in the early aughts, and he was an early adopter of the skinny silhouette. To get a little more technical, he is also credited with introducing the Japanese stonewash technique to the rest of the world, in addition to the widespread use of super stretch denim.

What’s he working on today? Honestly, a lot. He’s busy relaunching Edwin, a Japanese denim line that’s over 70 years old, and he’s designing for Hale, an affordable in-house line for Amazon—among a dozen or so other projects that fall under his Genious Group umbrella.

Here, Observer chats with Goldschmied about his famous denim nickname, why he never wears his own designs and how he finds inspiration at the Starbucks in Silver Lake.

Your nickname is the Godfather of Denim. Who gave you that name?
It was not my responsibility. To be honest, I think that was Franca Sozzani, the [late] editor of Vogue Italia, a long, long time ago. But people like it and now I have it.

Aside from being a Godfather to the industry, what do you actually do?
I design collections, I design lines and I design change, but to be honest, I don’t like it so much. For me, it’s more important to create a team and to create new energy. I like to design, but there’s more value when you create the team, set up people who do the designs, and then they find the way to express themselves. I also do it with students at the schools, the interns or even young designers. You know, maybe they have a good idea, but don’t know how to do it. That’s what I did for Renzo Rosso, who went on to acquire Maison Margiela, DSquared2, found Diesel and all that.

Since you first got started in denim, how many brands have you founded yourself?
Oh my god. That is a bad question. I would say 50. At least.

Does that include the ones you’ve collaborated on?
Well, 50 brands, including the ones that I was the owner or the founder of, and the brands that I’ve been collaborating with. It doesn’t make a difference to me, if I own the brand or if someone else owns the brand.

How did you first get started in denim?
I’ll tell you the truth: I came into this business by accident. My early years, I totally didn’t respect anything about fashion, because I thought it was absolutely a scam. This is when I was 20 years old and I was very involved in politics. But at that time, I was interested in the fact that denim was the flag of the young generation. It was a social movement and it brought innovation, during a time of a lot of conflict between generations. Then, when I got in, I have to say, it was love.

How often do you wear denim?
Every day.

Do you wear your own brands?
I’ve never in my life wore a jean that I did design; I only wear Levi’s. But I’ve never been in a Levi’s store to buy a new pair.

So you’re saying that you go to vintage stores?
Yeah, L.A. has tons of beautiful vintage stores. We also have the Rose Bowl Flea Market, where there are hundreds of people selling jeans. It’s a fantastic inspiration for the denim world.

At the Rose Bowl are you looking for pieces to buy? Or just to collect?
I’m not a collector. First of all, you need a lot of space. In the ‘80s and ‘90s, I was collecting denim in a warehouse that was 25,000 square feet. Just to take care of the warehouse was a full-time job. Now, if I have the inspiration to create something new, I just buy it.

What was the craziest piece you bought for your collection?
Probably something from the hippie generation. The hippies were a movement that was giving a lot of attention to the handwork and the embroidery made by hand. Honestly, at that level, it’s a masterpiece. Sometimes they worked for six months to create one pair of jeans.

Now, how do you encourage your teams to find innovation?
I tell them to go to Starbucks in Silver Lake, look at the people and then they go to design. Why? To understand what is happening in the social world and the aspirations of people. How do they behave? How is the economic situation impacting our world? Obviously, you have to change your design for what is happening in the world.

How do your brands adapt to what’s happening in the world?
We recently started working with a company called Royal Workshop. We had a vision that in the world there are millions and millions of pieces of denim that are used or are used just a little bit and become scraps. We have such a big vintage market in L.A.—and so many beautiful things in the contemporary market—that you don’t have the passion to create something new anymore. I think it’s much more interesting to take these existing things and change it, with applications or whatever. When this project was clear, I created a team and we created a company that is about that. It is doing very well because, for sure, it’s something that the new generation is interested in.

You mean the push towards sustainable fashion?
Yes, the younger generation is sensitive to sustainable things, something that doesn’t have any impact on the environment. It goes in the right direction of what people are looking for today. I don’t think it’s a stupid thing that you change from low-rise to high-rise or wide body to skinny jeans, but now it’s much more because it’s an interpretation of what people like.

How do you figure out what the next trend will be?
Fashion is, in some ways, totally unpredictable. When I started to make skinny jeans very early in 2000, I remember comments from people laughing at me saying, “What do you think, we have millions of top models in America?” Everyone at that time was thinking the skinny jean was limited to the elite consumers. It changed completely, you know?

It definitely has. Do you think there will be another major trend like the skinny jean?
One thing I have to note is that the public today has much more information and they’re able to choose what is good for them. Ten years ago, when skinny jeans was a trend, everyone was wearing them. Today it is a little bit different because your body and your taste effects what you buy and wear. If you like flared jeans for your body, then you buy it and wear it. It’s much more segmented in some ways, which is good because it means the public is getting more mature. Someone who is trying to determine what to buy and what not to buy listens more to what is shown in the mirror than which brand is more famous or popular.

How is that knowledge and skepticism changing what you do, as a business owner?
When we market the products, we have to create a story. Without this, people don’t buy anymore. Be transparent; you need to say what you do and how you do it. There’s a demand to go deeper and be more open and honest. And I feel like that’s a very good thing. 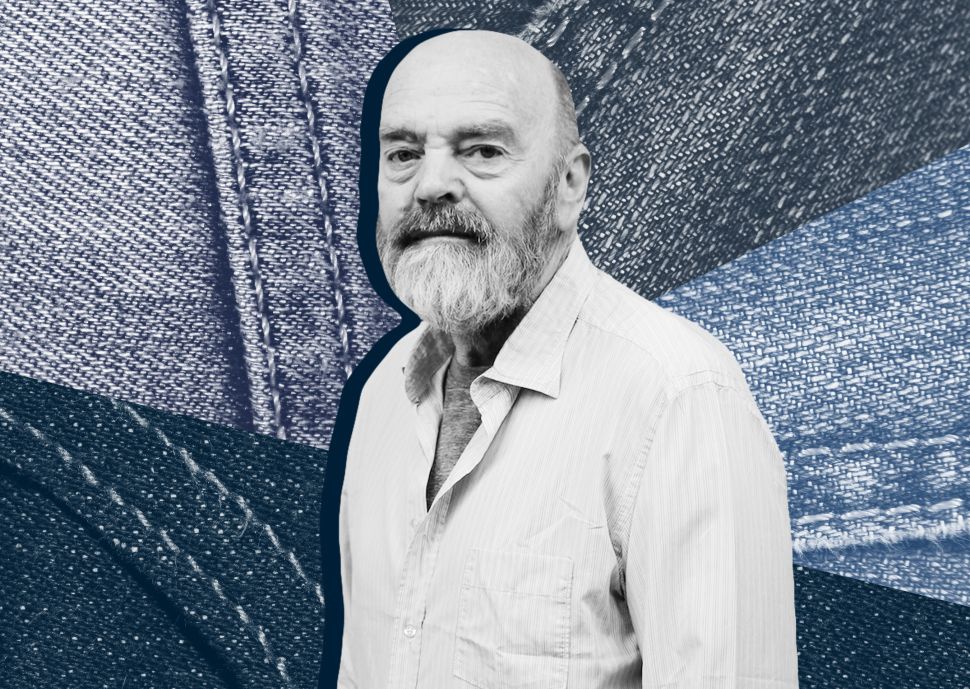