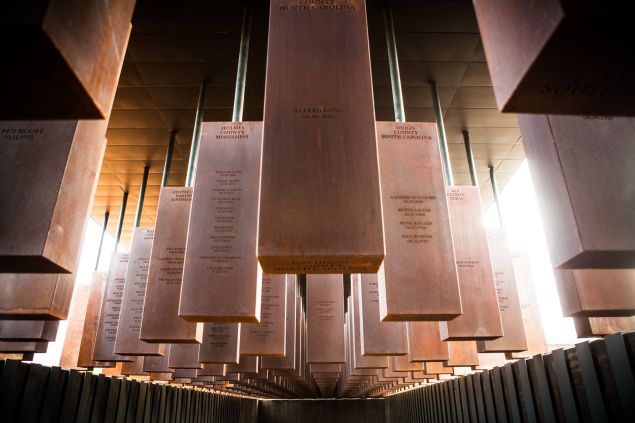 The National Memorial for Peace and Justice. Equal Justice Initiative/Facebook

Today, the Equal Justice Initiative opened both a memorial and museum in Montgomery, Alabama dedicated to victims of lynching in America: the National Memorial for Peace and Justice and the Legacy Museum.

Both are already being described as powerful spaces for candidly tackling American history. The New York Times said, “There is nothing like it in the country.” Washington Post editor Fred Hiatt praised the museum and memorial’s ability to “offer an alternative, and overwhelmingly coherent, arc of the history of white supremacy from slavery to the arrest of two black men at a Starbucks in Philadelphia this month.”

The museum uses exhibits, technology and first-person accounts to dramatize the enslavement of African-Americans, the evolution of racial terror lynchings, legalized racial segregation and racial hierarchy in America. The monument features more than 800 pillars hanging from the ceiling—much like the lynched bodies of men, women and children dangled from trees—representing the more than 800 counties in America where lynchings have been recorded. Each pillar includes the names and dates (if known) of the victims. 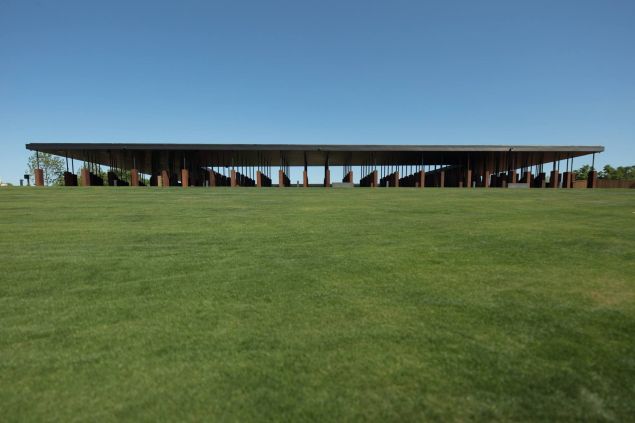 The National Memorial for Peace and Justice. Equal Justice Initiative/Facebook

One name you can expect to see on a pillar is that of Emmett Till.

Though lynchings didn’t require a rationale, white people who carried them out usually accused black men of a slight against a white woman. A slight could be a criminal accusation like sexual assault, or something non-criminal like just speaking to them. In 1955, a white woman named Carolyn Bryant Donham accused 14-year-old Emmett Till of making “verbal and physical advances.” Emmett was abducted from his relatives’ home, brutally beaten, shot and thrown into the Tallahatchie River.

Years later, Donham admitted she’d made the whole thing up.

In February, The Sheen Center in Manhattan sent me an invite to a screening of the 2005 documentary The Untold Story of Emmett Louis Till. It was in honor of Black History Month, and timely in that several new TV and film projects about Emmett Till had been recently announced, including a six-part HBO series (with Jay Z and Will Smith among those producing) and a narrativized version of the 2005 film (produced by and starring Taraji P. Henson). The moment I saw the name “Emmett Till” in my email inbox, the hairs on my arms stood up. Every black child grows up hearing about Emmett Till—especially young, black boys.

When I was a kid, I spent time in Alabama with relatives. Most of them lived through some of the worst times in America’s history. My grandmother would tell me stories about the Ku Klux Klan driving by her home and how everyone would stand frozen in place, holding their breath as if that’d make them invisible.

My relatives policed my brother’s and my behavior when we were out in public. There were the typical commands all parents give their kids. Don’t touch anything. Don’t raise your voice. No running. And don’t talk to strangers. But my family added another clause: especially if they were white. I remembering seeing the seriousness on my grandmother’s face, her eyes filled with fear. I obeyed not out of concern for retribution, but because of what my grandmother’s expression relayed. Year later I’d learn many black families have this “talk” with their kids.

At that time, I didn’t understand what danger my grandmother was trying to keep me from, or that I was at risk just for existing, even though I was only a child.

Years on, past the Civil Rights Movement Emmett Till’s death sparked, past the election of President Obama, and here we are, wondering if anything has really changed.

The U.N. Working Group of Experts on People of African Descent has called the alarming number of police shootings of unharmed black men and the trauma they create “reminiscent of the past racial terror of lynching,” or modern-day lynching.

Emmett was an innocent, unarmed African-American male murdered in cold blood like Oscar Grant, Trayvon Martin, Tamir Race and Philando Castile. Like so many others.

And as with the murderers of Grant, Martin, Rice and Castile, Till’s killers didn’t serve any jail time.

It’s hard to feel like anything has changed at all, when earlier this year an African-American man by the name of DaShawn Horne was taken to a Seattle hospital after being brutally beaten with a bat by a teen for dating that man’s sister. Or when you read about black men arrested for “trespassing” while waiting for someone to join them at Starbucks. Or when the police are called on black women for playing golf “too slowly.”

Racism is alive and well and it must be reconciled if it’s ever going to be remedied.

Emmett’s mother, Mamie, demanded an open casket funeral so the world could see how Roy Bryant and his half-brother, J.W. Milam, had mutilated her son. The image became well-known. It’s probably what was in my relatives’ minds when lecturing me before going out in public in Birmingham. That open casket is exactly what this museum and memorial are: places that reveal stark and tragic realities, not positing these events as over, closed, or relegating them to the past.

This country’s troubled history with race is an ongoing issue that we need to reckon with, which is one of the stated reasons for the two spaces, and also why it’s important that projects like the forthcoming Till series and film are made: to keep these stories in the forefront of our minds and debates.

In America, justice is unkind to black people. But in the words of Dr. Martin Luther King Jr., “Oppressed people cannot remain oppressed forever.” I hope this museum and memorial shines a bright spotlight on America’s past. And I hope it makes a lot of people uncomfortable and angry, because it should. As someone once said, “The truth will set you free, but first it will piss you off.” And we all deserve to be free. 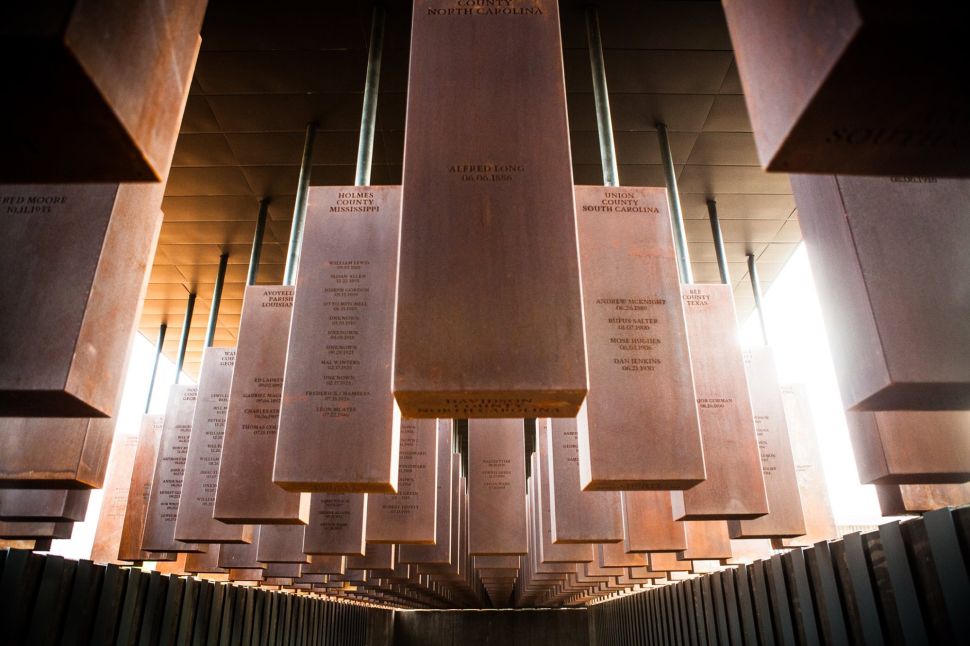