Alexa’s been watching too many conspiracy theory videos.

Amazon’s digital voice assistant is available in everything from washing machines to alarm clocks. But as several users found out, the technology still has some blind spots.

When users asked Alexa, “What is a chemtrail?” the speaker gave an eyebrow-raising response.

“Chemtrails: Trails left by aircraft are actually chemical or biological agents deliberately sprayed at high altitudes for a purpose undisclosed to the general public in clandestine programs directed by government officials,” Alexa said.

The chemtrail conspiracy theory revolves around plane engines. These enclosed spaces get much hotter than the atmosphere outside the aircraft, so when exhaust vapors escape, they freeze in midair. The trail of ice that results is called a contrail.

That part of the theory is scientific fact.

But in the late 1990s, posters on internet discussion boards claimed the government was actually “spraying the U.S. population with mysterious substances” from aircrafts “generating unusual contrail patterns.”

According to these tinfoil hat wearers, the feds dropped chemicals to control Americans’ minds and weaken their immune systems.

NASA and the EPA published fact sheets refuting these rumors, as did the Federal Aviation Administration (FAA) and National Oceanic and Atmospheric Administration (NOAA).

In spite of this, the conspiracy theory has persisted over the last 20 years. Alex Jones has posted videos claiming “they are spraying poisons on you,” and tough guy Chuck Norris has also taken on the “sky criminals.”

Thirty percent of Americans believe in chemtrails, and it looked like Amazon was adding fuel to the fire.

But after a wave of criticism, Amazon finally fixed the glitch.

“This was an error and has since been corrected,” an Amazon spokesperson confirmed to Observer.

Alexa will now explain the scientific definition of contrails rather than taking users down a rabbit hole to the deep state.

This isn’t Alexa’s only recent mishap: earlier this year, one of the device’s proposed skills advertised Google Home. The app was promptly rejected before the bug became permanent. 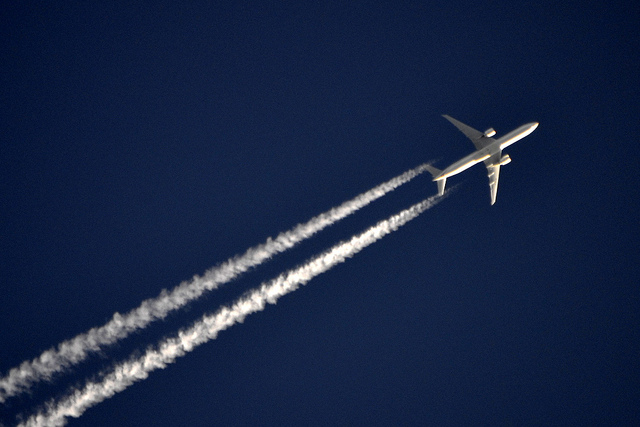