It has been widely reported that Amazon is shelling out upwards of $1 billion for its ambitious Lord of the Rings television series. We also know that Amazon is desperate to find a mainstream commercial hit to rival Netflix (Stranger Things), Hulu (The Handmaid’s Tale) and HBO (Game of Thrones), which is why the streaming platform is upping its budget this year and developing several splashy sci-fi series. But what is some fresh news is that The Dark Tower TV adaptation may be one of them.

Per a report from THR last week:

“Amazon made a mega deal for a Lord of the Rings TV series and is developing a slew of high-profile titles, including The Dark Tower, Wheel of Time, Ringworld, Lazarus, and Snow Crash.”

Adding fuel to the fire is io9‘s eagle eyes that caught since-deleted tweets from higher-ups involved seemingly confirming that The Dark Tower was coming to Amazon.

Here’s why this is a terrible idea.

Stephen King’s beloved book series maintains a massive horde of fans, an army that could see new members added to its ranks as the author has not ruled out returning to Mid-World.

However, Sony’s big screen adaptation last summer was such a colossal mess that loyal fans are reluctant to dive into another live action version. Personally, I don’t know if I can stomach another complete butchering of Roland Deschain and his Gunslinging Ka-Tet. For book readers, The Dark Tower movie was like if Warner Bros. had completely tanked the first Harry Potter film.

Our hearts may not be able to bare another fiasco.

Sony was right to take a risk on the material, but the movie’s box office flop says a lot about its commercial viability at the moment. Though the TV series has long been rumored to be somewhat connected to the film (exactly how remains unclear, though a younger version of Roland is believed to be at the center), the movie’s biggest draw—stars Idris Elba and Matthew McConaughey—are all but assured not to appear.

It’s hard enough to get an ambitious adaptation of dense and other-wordly material off the ground. But connecting it to a failed franchise-starter without its biggest names seems like a sure fire way to drive off any lingering interest.

Further dampening our spirits is who Sony tapped to lead this adaptation: former The Walking Dead showrunner Glen Mazzara.

The writer-producer has a lot of of quality credits to his name, such as FX’s The Shield, but his two-season run on The Walking Dead produced some of the worst television for a high-rated show I’ve ever seen. Season two’s endlessly boring farm setting haunts my nightmares more than any zombie attack ever could.

Of course, Mazzara was hamstrung by AMC’s stingy budget restraints, but good god, I dare you to go back and find anything redeeming from his two-year stretch.

Let this iteration of The Dark Tower die, wait a few years, and return to the property with a fresh set of creatives who aren’t weighed down by the failure of their predecessors.

If Damon Lindelof’s Watchmen pilot doesn’t move forward at HBO, make him a godfather offer to shepherd Roland back into our world. Noah Hawley seems content at FX, but the Disney-Fox deal may present an opportunity to steal him away for the exact type of high-minded conceptual work he’s drawn to.

We have to believe there are other ways to approach this sprawling material with other showrunners and producers more suited to handle it.

You want to play with the big boys. The critical acclaim for Transparent and The Marvelous Mrs. Maisel is nice, but they aren’t exactly paying the bills or getting you the respect you feel you deserve. But barreling forward with this half-baked pseudo-prequel is not the way to get your name in lights. Do us all a favor and just let it go. 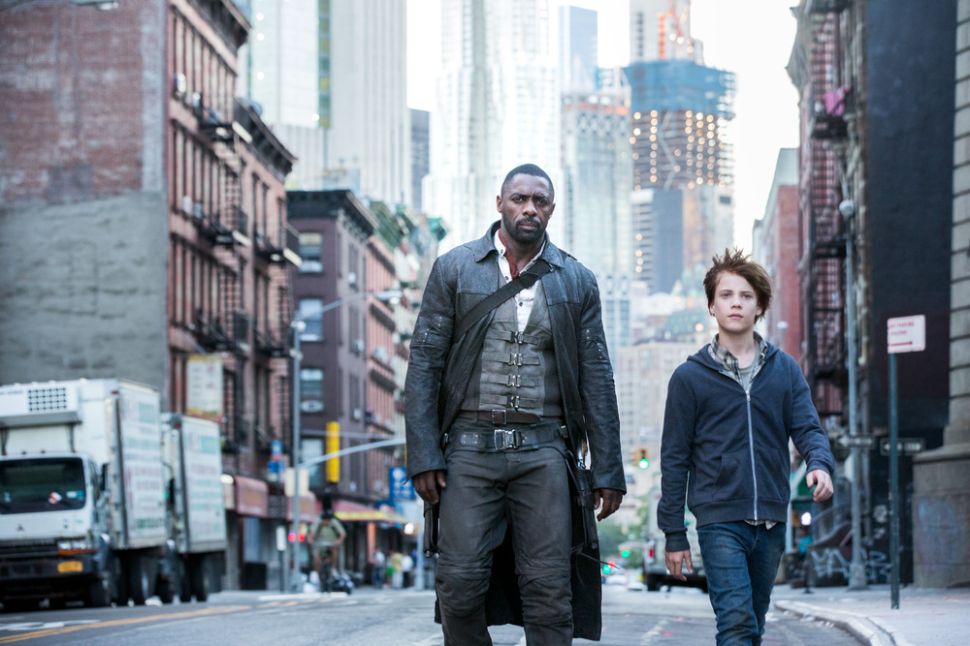