Amazon may be a towering titan of industry, but its streaming video service is arguably in last place among the major players. Netflix has it beat on all fronts, and Hulu is growing at a faster rate. I love The Marvelous Mrs. Maisel as much as the next couch potato, but it isn’t exactly lighting up Twitter with tailored hashtags or spurring in-depth threads on sub-Reddits.

What Amazon has always lacked on the original content side is a mainstream commercial hit in the vein of Netflix’s Stranger Things and HBO’s Game of Thrones. But CEO Jeff Bezos is no dummy (and if he is, his $118 billion net worth is even more impressive), so he instructed his television department to go out and find a broad appeal blockbuster.

Enter Lord of the Rings, which HBO passed on, and Amazon is now prepared to invest $1 billion into over five seasons and a potential spinoff. If that’s not swinging for the fences, I don’t know what is.

But fans of the J.R.R. Tolkien classics still have no idea what ground will be covered on the small screen after six movies set in Middle-Earth. Here are a few suggestions.

It seems like every culture has its own version of the legend of Atlantis, a lost city under the sea. It also seems as if we remain as enticed by the myth today as the public was when Plato first popularized the story (don’t fail us, Aquaman). Adapting Tolkien’s take on the fable would give audiences unfamiliar with the LOTR world a point of entry into the fantasy series.

In Tolkien’s version, Sauron manipulates the inhabitants of the Island of Númenor to attack the Undying Lands, the vaguely heavenly plane of existence that Frodo leaves for at the end of The Return of the King.

As punishment, the Elvin gods separate the Undying Lands from Earth and submerge Númenor under the sea. Some of the surviving inhabitants go on to found the kingdom of Gondor, which Aragorn rules over by the time Peter Jackson’s original trilogy comes to an end.

The Witch-King of Angmar

The Witch-King of Angmar was previously the leader of the Ringwraiths, those hooded and black-cloaked warriors who hunted the Ring for Sauron, and he even stabbed Frodo in The Fellowship of the Ring. After Sauron fell the first time way back when, the Witch-King established a kingdom in Angmar, which he ruled for thousands of years by sowing chaos in the surrounding territories.

It would be interesting to follow Sauron’s second-in-command before he returned to Mordor to prepare for the War of the Ring, which we saw in the original trilogy. Admittedly, he wouldn’t be the easiest main character to root for, so perhaps the series could center around one of his chiefs who is secretly working to unseat the evil despot. With its focus on political jockeying, it could be a more violent and magical version of The West Wing (The West Ring?), which sounds pretty good to us.

Ian McKellen has hinted that he’d be open to reprising his beloved turn as Gandalf in Amazon’s new series. Well, the story of the Istari, or Wizards, would offer him that opportunity, which would also be a huge attraction to fans.

As Sauron gathered his strength for a return Lord Voldermort-style (although I guess Voldy stole the move from him?), five Maiar spirits were sent to Middle-Earth from the Undying Lands in human form to help the Free Peoples fight against him.

Adapting this story would enable the series to really explore the relationship between Gandalf and the Istari leader Saruman (RIP Christopher Lee), who eventually turned against the Wizards and joined Sauron. It could be a Shakespearean tragedy about the fall of a good man and those left to pick up the pieces that leads directly into the movies.

Personally, this is our favorite option.

Another fan-favorite kingdom from the films that may be familiar to casual audiences, the founding of Rohan is one of the more interesting origin stories in Tolkien lore.

Initially under the control of Gondor, the great kingdom eventually gained its independence but remained a loyal ally, similar to the dynamic between the United States and Britain, though without all of the really cool magic stuff (we’re pretty sure George Washington didn’t fight any Orcs).

As one of the most well-known and important locations in all of Middle-Earth, the founding of Rohan could provide Amazon with the type of sword-and-sandals epic they’re looking for à la Gladiator.

The Forging of the Rings

For fans of the movies only, it’s fair to argue that the Rings of Power don’t really do much of anything, thus making the entire apocalyptic war over them a bit… underwhelming.

But heading all the way back to the Second Age of Middle-Earth to delve into the forging of the rings and their powers would be a fascinating story on its own that would also bolster the original movies, a bit how Rogue One: A Star Wars Story retroactively made A New Hope even better.

In this era, Sauron takes on a different form to trick the Elf smith Celebrimbor into forging the Rings of Power and the One Ring (to rule them all). Once Celebrimbor discovers that he’s been duped into creating weapons of mass destruction, he launches into an epic battle with Sauron.

This could be an origin story for the entire conflict that has loomed over Middle-Earth for millenniums, a high-minded and ambitious undertaking for Amazon as it looks to develop the next Big Thing on television. 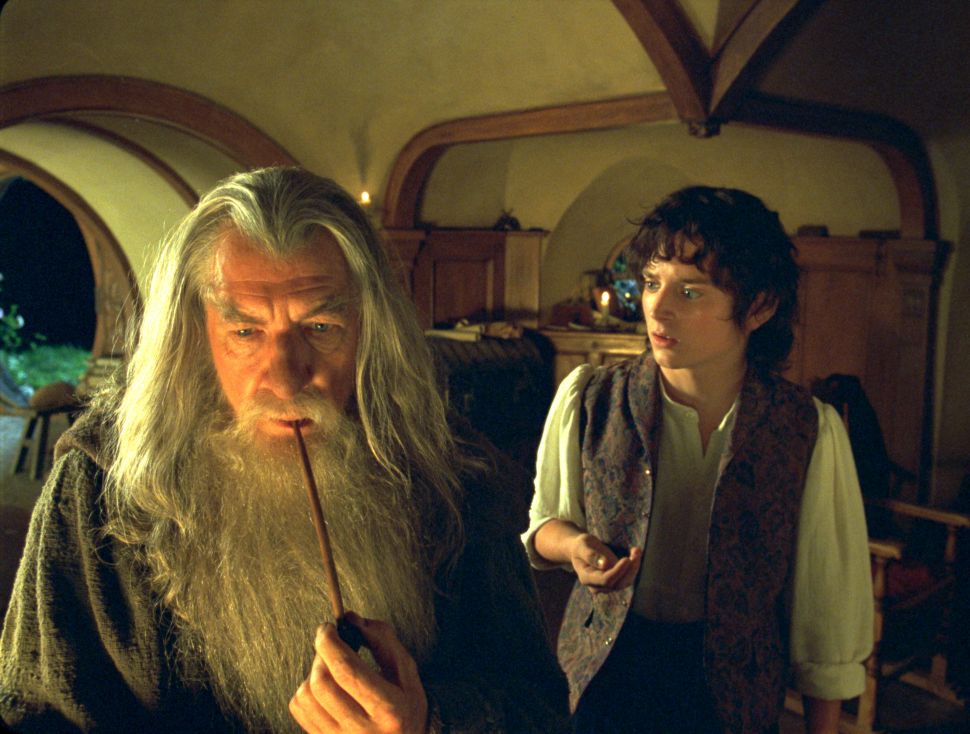