Back in March, we felt like having a little bit of fun with Avengers: Infinity War (which may or may not be the Star Wars of our generation) and attempted to make a way-too-early box office prediction without any tracking data or financial information. We came up with an opening weekend between $210 million and $235 million for an eventual worldwide total between $1.4 billion and $1.8 billion.

Again, this was just for fun, and we have no idea how accurate our projections will end up being. But one thing is for certain: Avengers: Infinity War is going to need to make a whole bunch of money to cover Disney’s costs of making and marketing the mammoth production (and hopefully upgrading Hawkeye’s weaponry).

At one point, a report made the internet rounds that both Infinity War and Avengers 4 would set Disney/Marvel back a combined $1 billion. According to The Wall Street Journal, the decade-in-the-making feature actually carries a budet “close to $300 million.” Major film studios typically spend half of the production budget on marketing, which may actually be low-balling it for Infinity War.

Update 4/30: Avengers: Infinity War broke all sorts of box office records in its opening weekend as it set the stage for the major players to exit after 2019’s Avengers 4.

No, that distinction still belongs to Pirates of the Caribbean: On Stranger Tides, the fourth entry into Disney’s Johnny Depp-led series, which cost an astounding $378.5 million. Here’s a loose top-five:

How did Infinity War‘s price tag climb so high?

For starters, the massive production requires hundreds and hundreds of employees running around making sure the titanic operation is running smoothly. That’s not cheap. Even more costly is the fact that the movie features nearly every major character the Marvel Cinematic Universe has to offer.

Robert Downey Jr. earned around $50 million for 2012’s The Avengers once box office bonuses and backend compensation were factored in, a number that climbed to $75 million for 2015’s Avengers: Age of Ultron. It’s been rumored that he’ll take in a startling $200 million for Infinity War, but that remains unconfirmed.

Downey is Marvel’s biggest box office draw, so it’s understandable why other cast members, such as Chris Evans and Scarlett Johansson, aren’t making the same money. But you can bet they’ve all received significant pay raises as the franchise has continued to dominate multiplexes around the world. A huge chunk of that $300 million budget is reserved for the stars.

Avengers: Infinity War has been racking up the dough since it hit theaters on April 27. But how will it continue to fare now that Deadpool 2 is opening? Stay tuned. 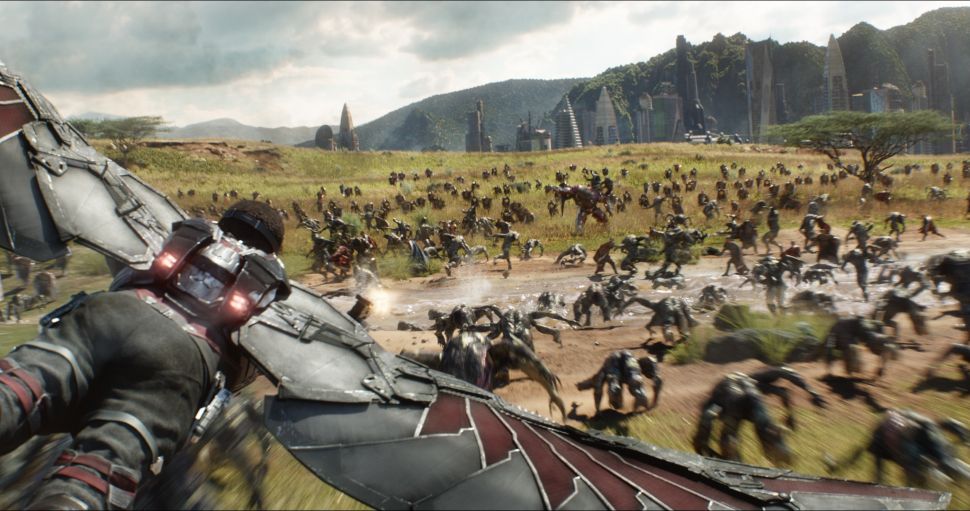