After vacating the White House last January, Barack and Michelle Obama decided it was time to live their best vacation lives. And yes, that was barely over a year ago, despite time passing at a glacial pace ever since.

Not for the former first family, though. Shortly after leaving 1600 Pennsylvania Avenue, they embarked on a series of trips that we assume Joe Biden felt deeply left out of.

First, Barack and Michelle Obama headed to Palm Springs, before flying to Richard Branson‘s private Necker Island, where the erstwhile commander-in-chief beat the Virgin Group CEO in a kitesurfing contest. The photographic evidence of Obama and Branson’s ocean activities brought true joy to the Internet sphere, and also showed Obama’s pure adoration of all sports, a continuing theme throughout the past year.

Not to forget about the former first lady—she partook in a paddleboarding adventure in Tahiti, shortly after she joined her husband on the island, following his time writing his memoirs at the Brando resort.

But the last truly exotic trip the whole family went on together appears to be their jaunt to Indonesia, where Barack Obama drank out of a coconut and the entire group went white water rafting, because of course they can’t resist any form of sport!

Alas, the Obamas are now spending more time within their D.C. home, which they bought for $8.2 million in June 2017. They were previously renting the Kalorama mansion, but as they’ll be in Washington for at least two years while their youngest daughter, Sasha, finishes school at Sidwell Friends, it made sense to buy the home.

It’s fitting that now that the family is spending more time within the eight-bedroom abode, they want to bring a little vacation life to their backyard. The Obamas plan to do so in the form of a new pool, which they so rightfully deserve!

The couple has filed building permits for the construction for a new pool, complete with a terrace, per records obtained by TMZ. The Obamas started the whole application process back in January, when it was still an arctic tundra outside. It seems they received approval, but are still dealing with plumbing, electrical and mechanical corrections.

If all goes well, the Obamas will have their pool installed in time for summer. It might not be the Caribbean, but it’ll surely help aid in the notoriously hot and humid D.C. summers.

And sure, it might be a bit small for kayaking or paddleboarding, but maybe this new addition will ease Barack Obama’s disappointment with his personal lodgings within the house. As Michelle Obama told Ellen DeGeneres, her husband “doesn’t have enough closet space…he’s got the smallest room for his office.” Sasha, on the other hand, scored the best room. “She has a two-room suite [and] it’s all decked out,” Obama said. “She has like a living room area and a bedroom…She designed it.”

At least he fared better than Malia—Michelle Obama joked that the Harvard freshman gets a “room in the attic somewhere…You don’t waste rooms on college kids.”

Perhaps Barack and Malia Obama will get priority in the family’s next home. They may have nixed that duplex at 20 East End Avenue for now, but surely a New York apartment is next on their list. And in the meantime, their new pool is a perfect consolation prize. 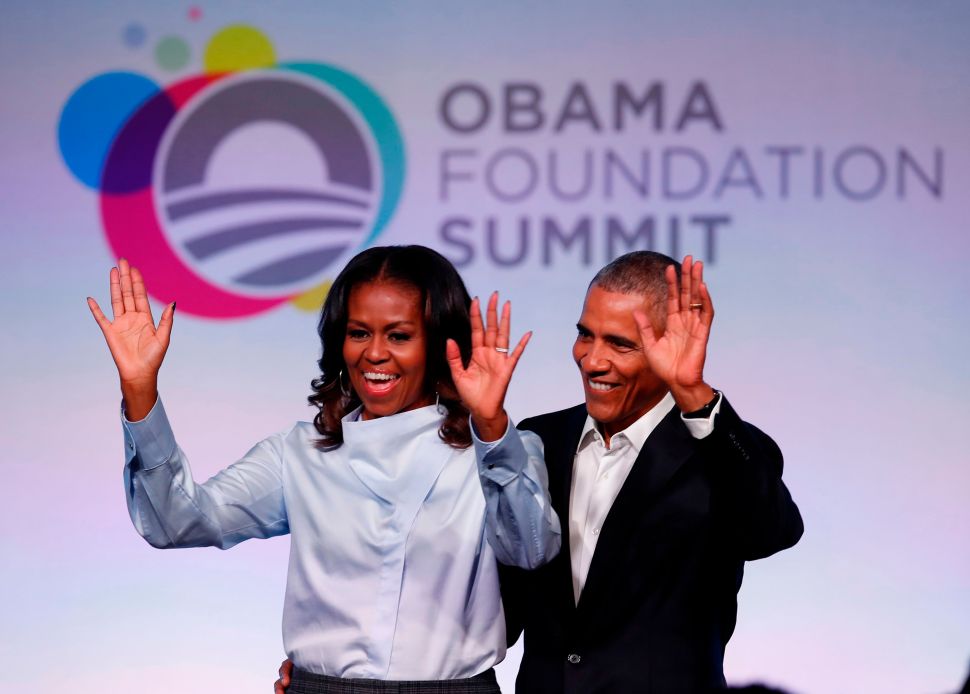